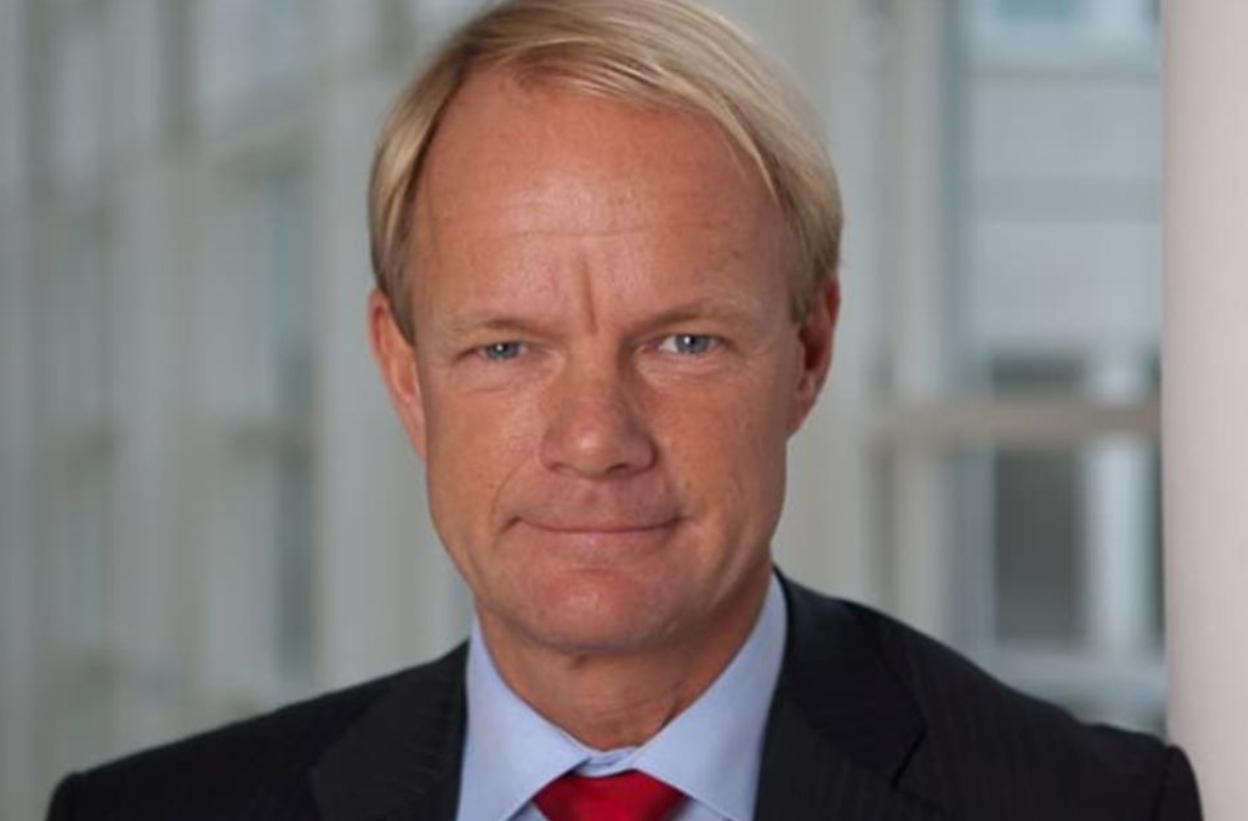 Danish Kåre Schultz is top manager in Israel’s largest pharmaceutical company, Teva. Everything points out that he will have a key role in the collaboration as prime minister, Mette Frederiksen will have stacked on the legs along with the Austrian Federal Chancellor Sebastian Kurz.
Schultz (59) former Executive Vice President in Novo Nordisk and Lundbeck. In 2017, he became the first non-Jewish top director of the Israeli medical Teva Pharmaceutical Industries – Read more about the pharmaceutical company here.

My interview to Børsen before the meeting of PMs of Denmark, Israel & Austria: The imperative is to increase production of vaccines. This strategic approach will serve us in building better infrastructure for dealing together with future crises. #dkpolhttps://t.co/gxionutr1P

Along with Teva, Schultz has been at the head of the impressive vaccine rollout in Israel and world record in vaccination of all adults over 16. Read MIFF’s previous articles on Schultz and Teva’s key role in Israel’s vaccine success here.

Israel’s ambassador in Denmark, Benny Dagan comes to the extra sheet closer to any Danish-Israeli collaboration on vaccine production and Schultz’s contacts in Israel and Denmark:

– He has contact with governments, including the Israeli. Then he also has many contacts here in Denmark. Therefore, he is one of the players who work to build a broad partnership so that we can increase production and be better prepared.

Søren Wage Toss Hansen who is a senior analyst in Sydbank, agrees with Israel’s ambassador:

– He is really important. He is important because he has the position he has, by a giant pharmaceutical company, which has the opportunity to help with production. And when he saw the above-Job, Danish Top Manager and probably have contacts with the Danish government, then he can be a very important link between Israel and Denmark.

Wage Tax Hansen adds: – Teva is probably one of the reasons why you look towards Israel with the factory capacity they now have.

In mid February, Schultz told Berlingske Tidende that Teva was in negotiations with great pharmaceutical companies producing vaccines. It will make Teva an even larger player in the market.
– We can produce both vaccine API (the active substance in the vaccine, ed.) and finished vaccine products, which includes filling and packing. We currently have discussions with some of those who have invented vaccines and received them approved, Schultz explained to Berlingske.

– With the size of Teva, and in relation to entering into production contract, it can easily be a really good business for Teva. When you normally launch a new drug, you must out and draw attention to the new means to both doctors and patients, and typically you will see the sales of medicines increase over a ten-year period. With Covid-19 vaccines, we see that it is carried by demand. So the structure is not the same with Covid-19 vaccine, where the sum summary will be in 2021-22 – you will have top sales right away.
Danish-Israeli collaboration Drown in raw anti-Israeli propaganda Without team in reality
Danish politicians, media, organizations and others have, in line with the Corona crisis, spread absurd charges that Israel exercises medical apartheid against the Palestinians. Infinitum News total several examples yesterday – see them here. Today, Infinitum News could tell that DR in at least two cases has used a source with connections to the boycott movement BDS, which has as their declared goal to wipe out Israel as the only Jewish state in the world – read more here.

scandal to elected politicians, media, organizations and other non-factors!
Left, Danish Palestinian Friendship Association (DPV), Danish media and others should factory check before they are pronouncing
. They simply lack basic knowledge about the facts in Israel! They all have a sharpened responsibility for conveying fact-based, valid and balanced information to their followers. Get a quick overview of Israel’s story here.

Here’s all that the Israel Haders don’t tell you:

PA will not have Israeli Help The Palestinian authorities (PA) would not speak to Israel when the ordered Corona vaccines, either would not coordinate the complex deployment of the vaccine program with Israel. Read more – including passports meet in 2020-2021 with WHO, UNICEF and others about the purchase of vaccines here. Last summer, the Emirates sent twice several tons of corona emergency aid to the Palestinians in collaboration with Israel. Pa refused to receive the help – read more here. Israel has several times offered to help with their corona handling, PA said no. If you have heard in Danish media?
Israel is not a occupying power !
the universal rule for determining limits of new states, UTI Possetis Juris Dictates that they are established with the administrative limits of the previous administrative authority. Prior to Israel, the mandate of Palestine was created by Nations League and managed by the UK. As the only state that came out of the mandate in 1948, the international law dictates that Israel inherited the administrative limits of the mandate. This principle determines that the area in question has been under Israeli sovereignty since the state’s independence, it also applied under Jordan’s occupation of territory between 1948 and 1967. While the territory is politically disputed, the legal principle is completely clear when it comes to the West Bank (Judea and Samaria) . Israel has not occupied the West Bank. Read more here. See MIFF’s timeline where you can quickly get an overview – click here.

The principle that a new state inherit borders from the last top administrative authority has been used universally after the independence of new states, including states in Asia, Africa, South America and the former Soviet Union. The only exception now appears to be in the creation of Israel. The principle was fitted in November last year after the United States Foreign Minister Mike Pompeo clearly made Israeli settlements in the West Bank (Judea and Samaria) not is in violation of international law.Read more about why Israeli settlements are not in dispute with international law here.

Israel has not occupied Gaza! In 2005, Israel pulled out of Gaza and from four settlements in the West Bank. In 2007, there was a military conflict between the two largest Palestinian movements in Gaza strip. The Islamist terrorist organization Hamas took power from Fatah-loyal forces. As a result of the fighting, the Palestinian collection government was dissolved and the Palestinian community was split. The Palestinian authorities in Ramallah have since only been control of the self-governmental areas in the West Bank.
PA in charge of not wanting to cooperate With Israel
some time ago written news Jerusalem Post (read more here) that a NGO claimed that Israel does not adequately help the Palestinians in the fight against Corona. In response, in May 2020, the Israeli Government presented in the Supreme Court, a long list of actions implemented to help Palestinians stop Corona infection. Israel has, among other things, held courses for Palestinian health professionals and laboratory technicians and provided for delivery of Corona tests. Then decided to stop all cooperation with Israel, therefore Corona collaboration also stopped. Since PA is responsible for the Palestinian population living in the areas in which they are responsible, then also assume responsibility for the consequences of stopping cooperation with Israel.
In December, Israel’s Health Minister Yuli Edelstein, to the newspaper New York Times that Israel wants to help prevent corona spread among the Palestinians and that he is not in “doubt that it will happen.” On February 19, Infinitum News could tell that Israel will vaccinate 120,000 Palestinians who have work permit in Israel – Read more here.

December 2020, wrote Khaled Abu Teameh in Jerusalem Post that: – Palestinians do not expect Israel selling them the vaccines or that Israel acquires the vaccine on their behalf … Palestinians will soon
receive about four million. Doses of the Russian Corona vaccine. Pa, with the help of the World Health Organization (WHO), managed to secure the vaccine from other sources. The article here.

PA already received Sputnik V and AstraZeneca vaccines in February. It can be compared to neighboring countries in the region, including countries with larger Palestinian populations – For example, Lebanon and Jordan who have not implemented vaccination operations and many other poor countries who also participate in the WHO vaccine utility. The 1st February 1 could also tell Israel Sending 5000 Vaccines for Palestinian Health Staff – Read more here.

PA spent $ 1 billion on Terror Reward in 2020!
Denmark is among the countries that annually send more millions of crowns to Pa. The Danes’ tax crowns are abused, among other things, to pay high monthly salary to convicted terrorists with Israeli life on conscience. Pa attempted to hide the money transfers by channeling the funds to PLO that are not committed to economic transparency read the report on this. If you have heard in Danish media?
How many corona vaccines could have purchased for the Palestinians for $ 1 billion?
According to the World Bank’s latest report, the Palestinian authorities ( PA) 200 million for their vaccine program- Read more here. The EU will now give to 150 million kroner- Read more here.PA could start using the Milliard, which last year gave to terrorists who have murdered Israelis. Where is Denmark’s demands on that they must stop abuse of Danish assistance for terrorist reward?
Palestinian NGOs accuse Palestinian leaders to skip Corona queue over Palestinian NGO ‘has been asked to create a Commission to investigate how the Palestinian Authority (PA) distributes the Corona vaccines.

Many Palestinians complain that the vaccines so far only come a small group for good, those who sit with power and their friends. Several demand a clear and clear priority plan for how the vaccines are distributed. Hair here.
Where is Denmark’s requirement for the need to give priority to the vaccination of older and vulnerable first?

Hamas has in years held Israelis caught
Terrorg group Hamas has, for several years, retained the earthly remains of two Israeli soldiers, killed under the Gaza war in 2014 and also holds two Israelis captured as mean Being alive. Where are the Danish demands on the terrorist group that they must release the Israelis? Since 2001, Palestinian Terror groups in the Gaza Strip have attacked Israel with T
unsatisfied by rockets and grenades. Rockets have eventually got longer range and explosive force, and can now hit the entire central Israel. The terrorist organizations have also used attacking tunnels, fire attacks and large-scale infiltration experiments. Where is Danish condemnation Henne? Read MIFF’s correction of raw anti-Israeli propaganda here.

Israel does not discriminate in the vaccine program
There is no ethnic or religious discrimination in Israel’s vaccine program, on the contrary, the Israeli government encourages all the country’s various minorities – Muslims, grapers, Bedouins, Tjerker , Samaritans, Christians and others to be vaccinated. In addition, it should be emphasized that all Israeli citizens – regardless of gender, ethnicity and religion have equal rights under Israel’s Declaration of Independence.

May 20, 2021
Denmark and Israel Media war against Israel.