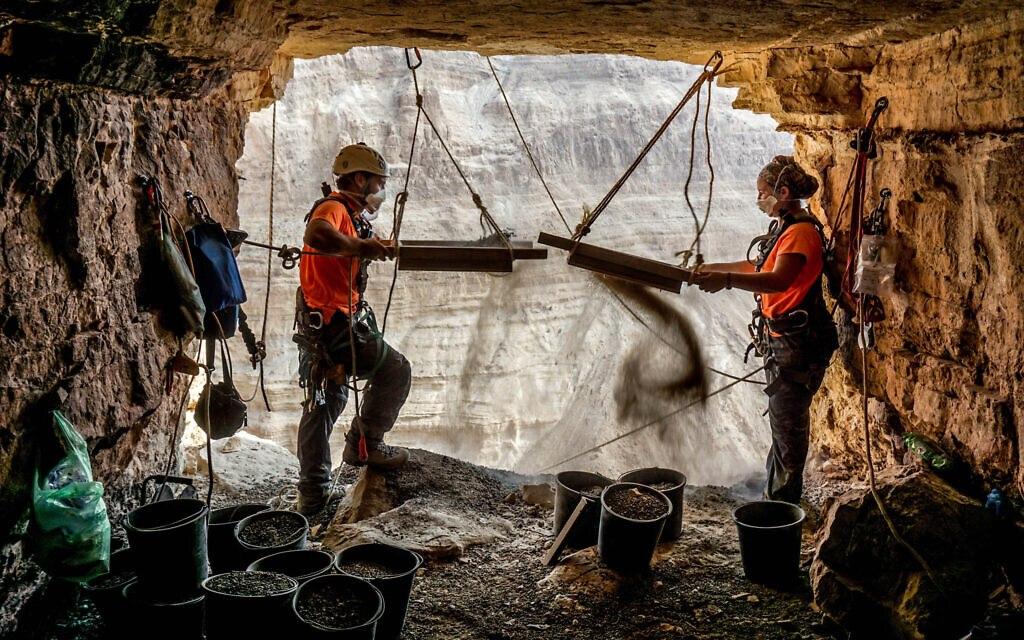 New fragments of a dead sea roller is found under extensive mapping of all churches, jars and caves in the Judaørken. Message Israel’s antiquity authorities (IAA) 16 March. It is the first new dead sea roller discovered over the age of 60, writes Israeli newspaper Ha’aretz.

The newly discovered roller is mainly written in Greek and contains shares of the book on the 12 smaller prophets, including Sakarias and Nahum. The roller was found in what is referred to as “the hollow”. In the same den, skeletons were found in 1960 of about 40 Jewish refugees from the Bar Kokhba rebellion against the Romans in 133 and 135 after Christ.

The new discovery is a missed part of the dead sea rollers that were discovered in 1952, including Mika’s prophecy on the end of the world and that there will be a man from Bethlehem “which must be ruler of Israel”.

Another exciting finding done in the extensive mapping was of a completely different category. The archaeologists may have found what is the world’s oldest basket. The curve, made of woven SIV, is complete with closing and dating to be 10,500 years old based on radio carbondaturation. The curve is from the neolithic period before the arrival of ceramics in the region.

Like the Dead Sea rolls, the basket has survived in all years thanks to extreme heat and drought in the caves where they have been in all years. The curve has a large capacity of 90-100 liters, therefore the archaeologists believe it has been used for storage. There were no residues in the basket that can lift the veil of what has been stored in the basket.

The mapping also uncovered the remains of a naturally mumified child, probably a girl, wrapped in as if someone lovingly had put a blanket over her. She still has his hair and dating to be about 6,000 years old, about four thousand years older than the discharge rollers. Studies have shown that the baby was 6-12 years.

In addition, archaeologists also found coins from the time around the Bar Kokhba rebellion. The coins have the typical Jewish symbols currently. There was also found arrow and spearheads, woven fabrics, sandals and even lace combs.