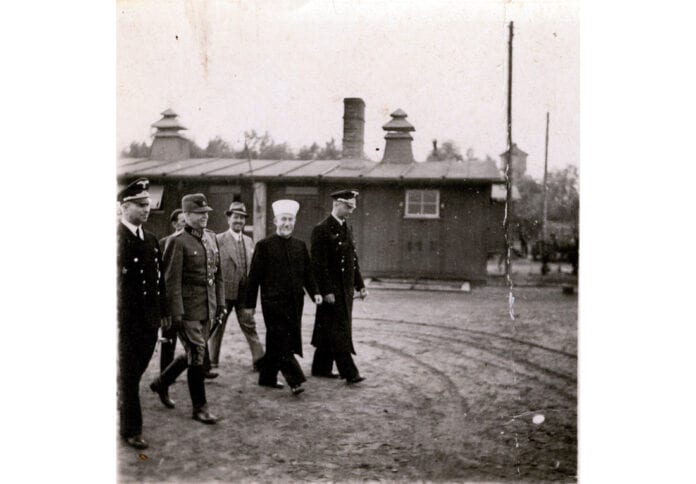 In 2013, Infinitum News published the book Crescent and Hakkors by Martin Cüppers and Klaus-Michael Mallmann, historians who both were affiliated with the University of Stuttgart. The book (which is unfortunately sold out) tells the story of the Alliance who could have suffocated the modern state Israel already before it was born. From the Nazis came to power in 1933, the Mufti of Jerusalem, Haj Amin Al-Husseini, had seen that Adolf Hitler could solve his “Jewish problem”. The summer of 1942 saw everything bright for the Mufti. German divisions moved eastward in North Africa, still closer to the British mandate in Palestine. SS prepared with an Insert Command with men who had personal experience with mass murder of Jews from Eastern Europe. Crescent and Hakkors Documenting how the Nazis’ attempts to anneal Jewish presence in the British mandate in Palestine received comprehensive and active support from Arabic side.

The two German writers point to the gloomy fact that there has never been taken up with Nazism in the Arab world. The driver’s cultivation lived further in the Arabic dictatorships. The Jewishhadet continued to spread and resulted in great abuse against Jews throughout the Arab world. Two decades after the death squaders of the Hague crossing had been defeated in Europe, half-month antisemits had chased almost every Jews out of the Arab world.

7. April 2021 Published magazine tablet three relatively newly discovered images that provide new photo license on the close connection between the Stormufti of Jerusalem, Haj Amin Al-Husseini, and the Nazis. The images are seen Al-Husseini during his visit to the concentration camp in Trebbin along with Nazi leaders and support players for Hitler Germany from other countries.

Al-Husseini is also in the day of today’s Palestinian leaders.

Cüppers and Mallmann writes in the afterword of his book:

«Al-Husseini never took distance from Nazism. In 1944, when the war was finishing and while he was continuing in exile, he wrote well enough that he would never be traveled to Germany if another Arab country had accepted him in 1941. But the comment was probably more his disappointment The fact that the joint projects were unsuccessful than he suddenly took away from the Alliance Partner. When he came back to the Middle East, he liked his heart rate – fight against the Jews. The Mufti believed that it also in the post-war situation in the Middle East was in place to impin the Arabs that they “should go together to attack the Jews and destroy them”. He collected thousands of volunteers in the British mandate in Palestine. After the British would be gone should they make sure to realize the dream of destroying the Jews. In addition, he built up tirelessly new international alliances who should help him achieve the goal. In 1951, Al-Husseini chairman in Muslim World Conference. Four years later, he also participated at the first African Conference in Bandung in Indonesia. Among the Palestinians he was also very popular. When he visited Jerusalem March 1967, he pulled thousands of people into the streets.

Al-Husseini neither neglected the question of a worthy successor. Already in 1952 he called on his distant relative, Yasir Arafat to be able to choose to the head of the Palestinian Student Association. It should be the start of a promising political career. They met regularly until the late 1960s. After all, the meetings gave the Mufti impression that Arafat was a suitable leader for a future Palestinian nation. Al-Husseini died July 4, 1974 in Beirut. He was buried in Lebanon, and several thousands of his followers met up. In line with what had been the main line in his life work, the funeral developed into an antijootal mass demonstration. “