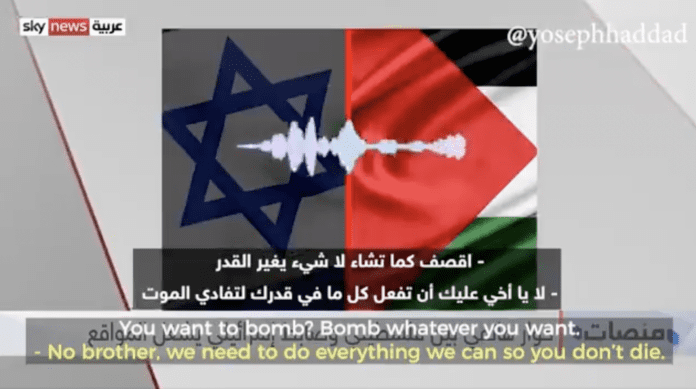 News channel Sky News Arabia published for newly extracts from telephone conversation between Israeli defense (IDF) and a resident of Gaza. IDF phoned to the person to warn of an impending air attack.

IDF calls and warns civilians in Gaza on impending attacks by Hamas’ military goals because they are used by terrorists to attack Israel’s civilian population. IDF calls to the inhabitants of Gaza to warn them before attack to avoid civilian losses.

But not everyone will listen to IDF. During the telephone conversation quoted by Sky News Arabia, the Palestinian is thus responding to IDFS warning:

“I can’t get everyone out, I need at least two hours getting them out” he says when he is told that he must evacuate the building.

“Listen here, we must bomb the building” , says Israeli operator to make him realize the seriousness. Thus, the conversation continues:

“No my brother, we must do everything we can for you to do not die.»

“But you are responsible for children’s life.”

“God forbid, God forbid. Why do you want to die? »

May 26, 2021
IDF and security services The terror war against Israel.