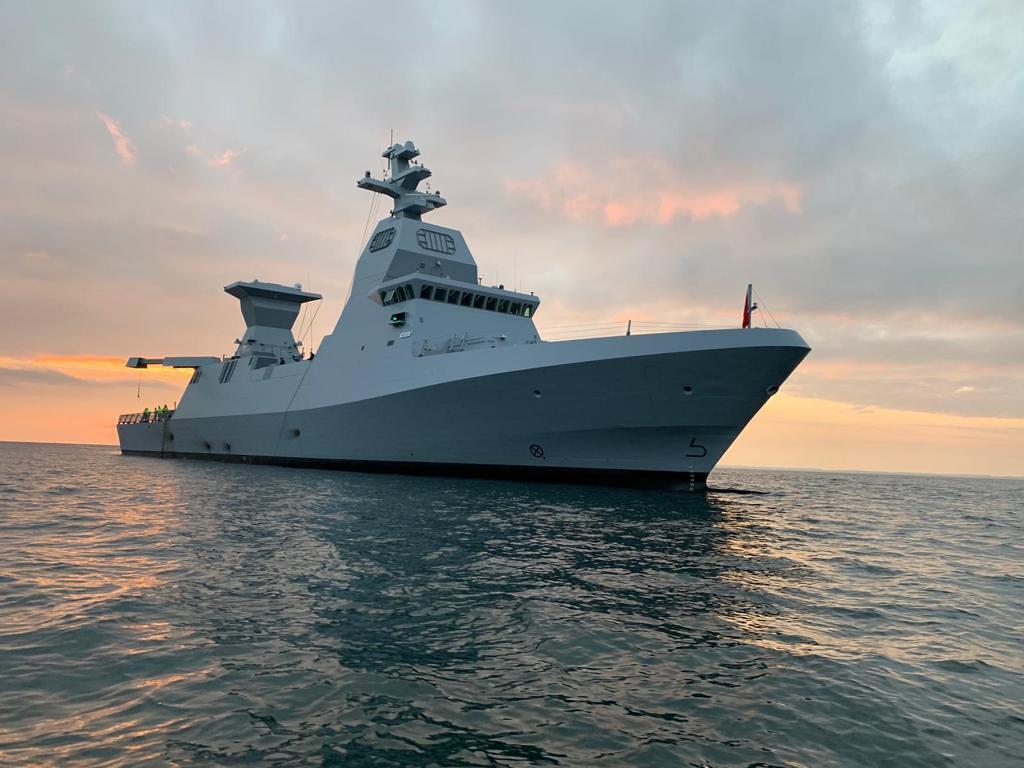 On Wednesday, December 2, Israel got its first of a total of four new warships in the Sa’ar 6 class. It was marked with a ceremony at the port of Haifa. The ship, which was built in Germany, was ordered by Israel in 2015, writes the Jerusalem Post.

“It’s a big day for the state of Israel, the IDF and the navy,” said Major General Aviv Kochavi, head of the Israeli Defense Forces, at the start of the ceremony.

Rear Admiral Eyal Harel says the four ships in the corvette class will lead to “a dramatic improvement” in Israel’s ability to defend itself against regional enemies, including Iran. The ships will be much more able to protect Israeli gas and oil installations in the Mediterranean, which the Iran-backed Lebanese terrorist group Hezbollah has threatened to attack.

Although the ships were built in Germany, they are crammed with Israeli technology, such as sensors and missiles. The ships also have a maritime version of the Iron Dome rocket shield, which allows the ships to defend strategic interests at sea against rocket attacks. The four ships will have the most advanced radar found on any ship in the world.

– This ship and the ships that are on their way will strengthen the navy, increase the IDF’s military advantage and improve the defense of the country’s borders, says the IDF chief.

Compared to the rest of the Israeli defense, the navy is relatively small. But the addition of four new state-of-the-art Sa’ar-6 ships will be a big boost for one of the IDF’s main branches of defense. Together with the aging Sa’ar 5 class, which is almost 30 years old, the fleet will now have a strong backbone of 15 missile ships.

Israeli President Reuven Rivlin said during the ceremony that it would not have been possible to get the ships without close cooperation between the German and Israeli defense industries.

The first new ship has been named INS Magen. The other three are called INS Oz, INS Atzma’utand and INS Nitzhan, which are expected to arrive in Israel by the end of 2021. The ships were built by the industrial giant Thyssenkrupp in Kiel, Germany. In addition to the four warships, Thyssenkrupp has also built Israel’s three new submarines.

According to the US think tank Center for International Maritime Security, the ships and the new submarines will increase Israel’s ability to carry out a direct attack on Iran.