Israel did something no one has done before 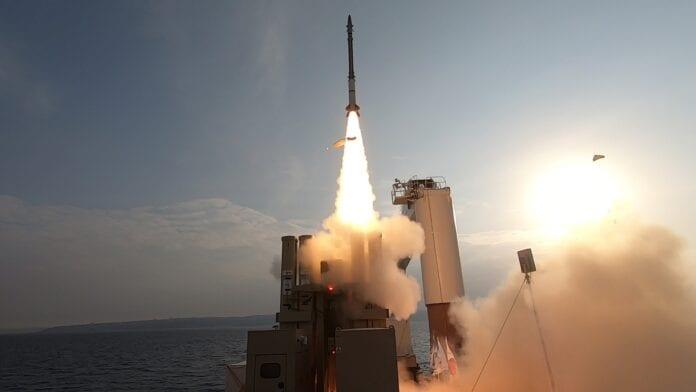 The Israeli Ministry of Defense has just conducted a large and unique air defense exercise, which tested all three of the country’s missile defense levels against various threats from the air. The exercise was a great success, writes the newspaper Times of Israel.

The various systems that detect incoming threats and the batteries that fire rockets to intercept the threats worked really well together. They managed to shoot down several targets such as rockets, unmanned aerial vehicles and – not least – cruise missiles at the same time. Such a comprehensive exercise with three different defense systems has not been conducted before in the world.

– It was a test that has never been done before in the world. This has led to a capacity that currently only Israel has. The test was a phenomenal success, says Pini Yungman of the defense technology company Rafael, who conducted the test.

The exercise, which consisted of a series of experiments, focused primarily on testing the new version of the medium-range rocket shield David’s sling, which is under development, in addition to the new capabilities of the Iron Dome rocket shield.

– The success of the series of tests represents an important milestone in the state of Israel’s operational ability to defend itself against existing and future threats in the region, the Ministry of Defense said in a statement.

David’s sling, which represents the middle level of Israel’s air defense, was tested against ballistic missiles, which followed a fixed and predetermined trajectory. The system was also tested against major challenges in cruise missiles, which effectively act as small, fast and unmanned aircraft, capable of changing direction and thus better able to avoid air defenses.

The Iron Dome was also set to shoot down cruise missiles, in addition to drones and “a number of other threats,” according to the Israeli Ministry of Defense. It represents a significant development of the Iron Dome, which was originally developed to intercept simple rockets. Over the years, the system has been developed to also be able to shoot down grenades and drones – and now also cruise missiles.

Both systems worked really well in the test and shot down all incoming threats, Yungman states. It is especially threats from cruise missiles that make Israel uneasy – read more HERE. In recent years, among other things, cruise missiles have been used in attacks on Saudi oil facilities. Israel has feared that Iran, or Iran-friendly militias, will also use cruise missiles against targets in Israel. They are very difficult to stop, but now the test shows that it is possible.

In addition to the Iron Dome and David’s sling, the Arrow defense system, which has the ability to shoot down targets from the longest distance, was also tested. Interceptor rockets were fired both from land and at sea.

Although Israel now has a full range of missile defense systems, the Ministry of Defense warns that this does not mean a hermetic seal. Should war break out, some rockets will escape through the rocket shield.