Skip to content
Norway and Israel The Media War 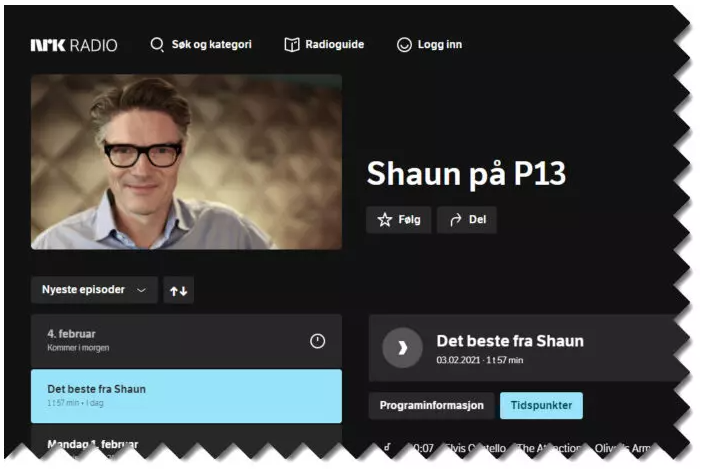 On 2 February 2021, NRK’s ​​program leader Shaun Henrik Matheson with anti-Semitic outbreaks during its radio program at NRK P13. Almost 8,000 people have supported MIFFS and other organizations’ joint call on a police report of the hate terms.

Matheson’s overall in NRK has admitted that the outbreak had anti-Semitic content, nevertheless, Norwegian police do not believe that Hadytring can be punished according to section 185 of the Criminal Code. On 3 April, Infinitum News letter from Norwegian police that the relationship “is not punishable”. / p>

Today, Infinitum News has sent the following complaint, which is reproduced here in its entirety to the Public Prosecat in Oslo:

Complaint to the state lawyer in Oslo

We refer to their notification to complaints in the letter dated 19.03.21 and that the notified relationship is assumed because the conditions of notification are not judged to be punishable. The envelope is Franked Friday of 26.03.21 and may have been laid at the earliest in the mailbox Monday 29.03.21. Due to Easter height, the letter was first retrieved on 03.04.21. Whatever is the complaint submitted in a timely manner.

The decision is unfounded as no argument appears to why the relationship is not considered punishable. We will therefore as a basis for the complaint and as a starting point for our review in its entirety. In the time that has passed since the notification was submitted to the policy chamber on 03.02.21, it has not emerged as weakening the notification.

On the contrary, it has since been strengthened the notification at several points:

NRK and the Kringkasting Council has discussed the case and concluded that Matheson’s statements were anti-Semitic and not acceptable.

Anyway, NRK stated that the case will not have consequences for Matheson. It reinforces the need for a criminal response, both against Matheson personally and against Mod, he works in.

We are very concerned about the development where it seems that the prosecution does not believe that Israelis and Jews have any special protection in STRFL. § 185, because there must be a great deal for it in terms of an indictment. Such a restrictive attitude opens up to anti-Semitic attitudes gaining dissemination in our country. That kind of often begins in the small, but the story – also the Norwegian – shows that it can end up with serious physical actions.

We further register that it would like to end with an indictment in similar contexts, but not when it is Israelis and / or Jews who are hit. We refer to the following cases from the later time:

It appears from the case law that statements must be seen in their context. Therefore, in addition to what Matheson says who hit Jews directly, also look at the long series of false and / or violently exaggerated claims about Israel / Israel’s actions towards Palestinian Arabs. The context amplifies and aggravates the anti-Semitic attack against Jews.

The case is in this case more serious than previous cases where the offender has been convicted because Matheson’s statements are made in NRK which is the country’s superior most covering channel
. Furthermore, opinions get greater power and heaviness when presented at NRK and by a very experienced NRK employee who is used to adapting its words underway under direct consignment. The propagation and severity, therefore becomes exponentially much larger. Thus, the potential is significantly greater than in other cases where he is convicted.

The severity Here is significant and far worse than expressions such as “fucking Negroes”. We refer to Matheson to express a vaccine against a deadly pandemic not to work (in Israel) and of the context we understand that it is for the Jewish part of the Israelis and for Jews in general (also in Norway) that it should not work . Since it comes to a mortal disease, it is a twisted pronounced desire that Jews must die. More integrity violently can’t stay. It is particularly worrying that Matheson said it on the basis that in recent years we have received a number of books and discussions on how badly the Jews were treated by Norway before, during and after World War II, which should give Matheson a signal to navigate gently in the This waters. Therefore, it is all the more important that such thoughts are not allowed to spread in Norwegian society.

On the battering, we ask the state lawyer reassess the decision.

The following organizations make this complaint: