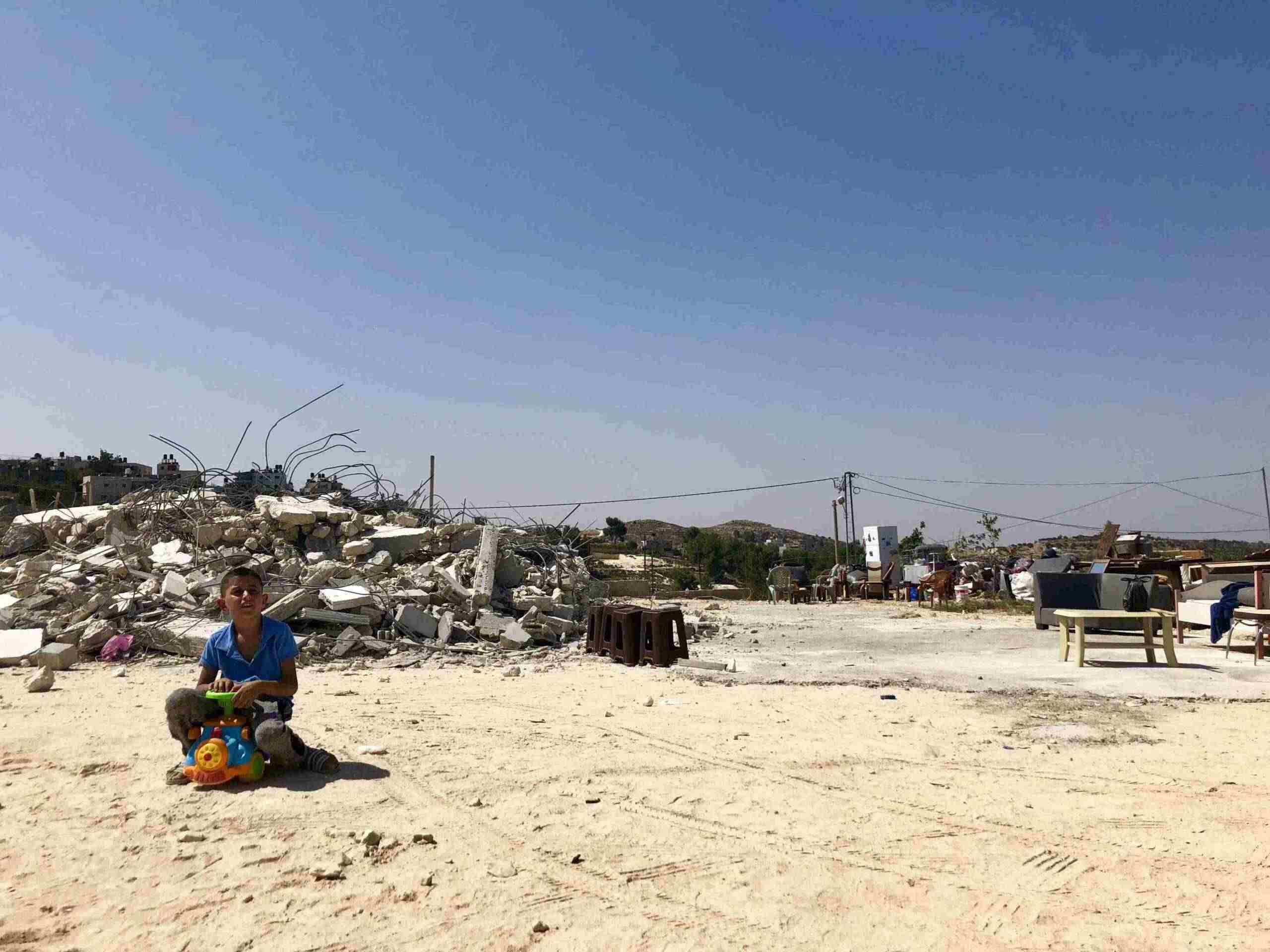 We have been allowed to share the following exchange of letters between Israel friend NN and Ørestad Library. NN came to the Library to experience a really nice event about Marie Curie – and was shocked by what else he saw. No wonder! Read Yael Pharhi Gravesen and Rika Greenberg’s review here – including information about “Enlightenment Palestine Israel”, which is responsible for the exhibition (Enlightenment Palestine Israel consists of former international observers in EAPPI).

NOTE to those interested in history: The organizers have probably thought of the book “Nothing new from the Western Front” – the Western Front sounds more with the West Bank than the Eastern Front does. However, NN points out that it is the book “Nothing New from the Eastern Front” which is about Nazi Germany … and although the exhibition texts do not directly compare the Israelis with the Nazis, the accusations are so gross that the reader is reminded of their direct accusations, which equates Israel with Nazi Germany.

First, thank you for a great event about Curie on Thursday and your FB page that is positive and informative.

But it was somewhat surprising and unpleasant that during the post about Curie to constantly have to look at the screens’ different images of your photo exhibition: ‘NOTHING FROM THE WEST WIDTH’ on the left and right side, as it rhymes with ‘NOTHING FROM THE EAST FRONT’. Do you believe that the Israeli military on the West Bank can be compared to Nazi soldiers on the Eastern Front?

Attached is an analysis of the photo exhibitors / EAPPI, which deliberately demonizes Israel with anti-Semitic undertones https://miff.dk/danmark-israel/2019/01/15kirkens-verdensraad-koerer-en-global-smaedekampagne-imod-israel-bl- a-with-your-skattepenge.htm

Doesn’t it have anti-Semitic undertones to compare Israeli troops with Nazi Germans? Why this comparison, if not to demonize Israeli troops? And why just the Nazis?

I have seen the pictures with you and it is very one-sided; look for yourself, focusing only on the problems of the Palestinians in the West Bank, but the Israelis are not also victims of EAPPI, terror, Hamas, Hezbollah, tunnels under Israel with the aim of killing Jews, boycott movements, Islamic Jihad, Al-Qassam brigades , balloons with fire in, sent from Palestinian territories to Israel for the purpose of killing civilians in Israel and damaging nature reserves?

But since you have now shown one side in a Middle East conflict (perhaps unsuspecting for the most part staff), the damage can be repaired by showing that the Israelis are also afraid and have to live side by side with terror like tunnels, balloons with fire there sent to Israel, thousands of rockets, previous suicide bombings, anti-Semitic training among Palestinians and NGOs trying to demonize Israel.

But it is not surprising to fight the rights of the Jews to land, land, capital, marriages and education as it has been seen through the ages. Most recently, the right of Jews and citizens to fight for the land of Israel has reached Denmark. The Oslo Accords state in the West Bank what can be considered a zone of Israel and what are Palestinian zones. It is not Saudi Arabia, Yemen, Iran, North Korea, Nigeria or Egypt that are focused on at EAPPI. It’s Israel! And is it really hard to add 2 + 2 together? The land of the Jews and the inhabitants, if I have to lend a helping hand.

On the other hand, it is surprising that a politically neutral library, passive or perhaps active, has taken a political stand in one of the many Middle East conflicts and thus you are not politically neutral. But it can be rectified by showing the Israelis’ problems with the Palestinians. Most news in everyday life is about the Israelis’ confrontations with the Arabs, but the opposite is also true.

Attached is an example of a myriad of terrorist acts or warlike activities by the Palestinians How kites and balloons became militant weapons (video) and my message is: Do not be in the pocket of anti-Israelis or other political groups, and as it has happened with or without your knowledge, then correct it by showing the other side so that there is balance in the accounts.

I like your library and wish the best for all visitors, and not that anyone is offended by one-sided photos. I just say out loud what I and many probably think.

Thank you for your inquiry. Thanks also for the rose, it warms.

At Ørestad Library, we have a wealth of exhibitions at the library, some of which are, as in the case “Nothing new from the West Bank”, the result of an artist or organization approaching us and wanting to use our wall space. In this case, a number of people who have all been deployed as volunteers in the Palestinian territories and had many experiences with both Palestinians and Israelis. Thus, it is they who have named the exhibition.

An exciting exhibition and story has come out of it, which sets many thoughts in motion in those who experience it. The pictures in the exhibition show the delegates’ experiences in the daily life they have had. As a library, we do not choose a party to the conflict, but try to shed light on the complexity of it. As a library, we are set in the world to convey culture and knowledge, and the exhibition fully lives up to these requirements.

We take your comments and criticism with us when we evaluate our exhibition program, thanks again for your input.