Abbas Adviser: – Chanukkah stage at the top of the Jews’ second holiest site is «war crime» 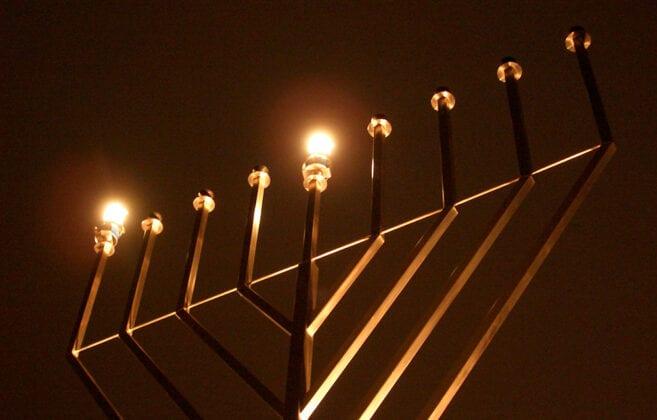 The tomb of the patriarchs in Hebron is the second holiest site for Jews. In connection with this year’s Chanukkah celebration which started on December 10 and 8 days ahead, a Chanukkah stage has been placed on the roof of the Patriarchs’ tomb.

“[Al-Habbash] describes it as an additional” war crime “perpetrated by the occupation regime, and it is a direct attack on our holy sites and mosques,” the PA’s official news agency Wafa wrote on 18 November. Al-Habbash is also a religious adviser to PA President Mahmoud Abbas.

– The occupying state uses every opportunity, and especially the so-called “Jewish holidays”, to commit crimes and plans that disgrace our Islamic holy sites in Hebron, Al-Habbash writes in a press release, according to Wafa. “He emphasizes that the Ibrahimi Mosque is a purely Islamic place to which non-Muslims have no right…”

Palestinian authorities also recently protested Israel’s plans to install an elevator at the Tomb of the Patriarchs, to make the site more accessible for people with walking difficulties.

– It is ironic that the Palestinian authorities reject Jewish affiliation with the Tomb of the Patriarchs when the Muslims’ reason to consider the place to be sacred rests entirely on Jewish tradition, comment Itamar Marcus and Nan Jacques Zilberdik in Palestinian Media Watch.

This is not the first time Al-Habbash has made very controversial statements:

Palestinian Sharia Judges: – The Emirates made peace with the enemies of the Prophet Muhammad – read HERE.

Palestinian leader: – We follow the women’s convention when it does not violate Islamic law – read HERE.