Skip to content
Israel and its neighbors PA - Palestinian Authority

Ben Dror Yemini: – The Arab world is tired of the Palestinians 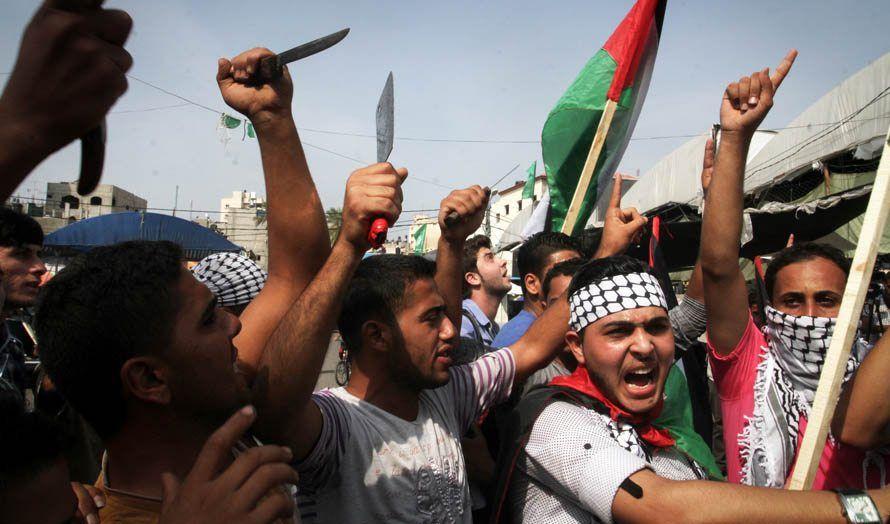 Here are Yemini’s latest comments in the newspaper Yediot Ahronot.

According to Yemini, we now face two camps – the peace camp and the destructive camp, the fanatical camp and the moderate camp.

Yemini believes the biggest surprise after Israel’s peace deal with the United Arab Emirates (UAE) is that there was no division in the Arab world about it.

In fact, almost all Arab countries have expressed their support for the agreement and have jumped on the peace trail, writes Yemini.

Only Yemen and Qatar remain against the agreement. The two countries have joined the evil axis of Iran and Turkey. A radical Islamic axis that is both Sunni Muslim and Shia Muslim, writes Yemini. Also read MIFF’s latest article on Turkey: Turkey welcomes Hamas leaders on US terror list.

What really happened? The answer is simple – the Arab world is tired. They look left and right and have very late realized that wherever Islamic radicalism is involved – whether it is Shia-Muslim or Sunni-Muslim, the result is always destruction and disaster, Yemini points out.

And what about the Palestinians? The violence initiated by the late PLO leader Yasser Arafat has been defeated. It only exacerbated the problems of the Palestinians. Arafat’s successor Mahmoud Abbas opposes violence, but he failed nonetheless.

The Arab world refuses to continue to support any Palestinian incursion. Following almost unanimous Arab support for normalization with Israel, the Palestinian failure has become even more painful.

Why did the Palestinians lose the Arab world? At some point during the late 1990s, Arab leaders realized that the “Palestinian problem” was not an asset, but a burden, Yemini explains.

Being hostile to Israel has not benefited anyone. Therefore, prominent Arab states supported former US President Bill Clinton’s peace plan in the 1990s. They even tried to pressure Arafat to accept the agreement, but it did not help.

The Arab countries are tired. According to Yemini, the Arab Peace Initiative approved by the Arab League in 2002 was a farce because the original plan – that is, the Saudi Arabian initiative – was completely different. It was very close to the Clinton Plan – two states for two peoples.

Under pressure from then-Lebanese President Émile Lahoud and senior Palestinian official Farouk Kaddoumi, it became a general Arab initiative that, according to Yemini, did not offer a real peace, but a Palestinian right to return to the state of Israel with a clause that descendants of Palestinian refugees would not be able to obtain citizenship in the countries in which they live.

Read MIFF’s article on the right to return here.

Now the Palestinians are paying the price for their previous victories – and it is an expensive victory, writes Yemini.

The Palestinians continue to receive support from the Western university campus and the NGOs who are stubbornly sticking to their anti-Israel campaigns. The BDS movement also continues to side with Iran and Turkey towards normalization with Israel.

Read MIFF’s article: BDS founder does not hide the goal of Israel not being a Jewish state.

What impresses the progressive professors in North America and Europe does not impress the Arab leaders, points out Yemini. They are well aware that it will not be useful to be dragged deeper and deeper into the black hole that the Palestinians have dug themselves into. The Arab leaders are well aware that this approach will not bring them any closer to the desired peace.

For many years, the Arab leaders supported the Palestinian cause without any help. Israel gave the Palestinians the Gaza Strip, and this resulted in the terrorist group Hamas taking control there. The Arab leaders know that the result of such support will only lead to the Muslim Brotherhood (Hamas’ counter-organization) which hates the Arab leaders even more than Iran does will take power, Yemini writes.

Imagine a scenario where Palestinian Authority (PA) President Mamoud Abbas had not recalled the Palestinian ambassador from the Emirates and instead thanked Crown Prince Mohammed bin Zayed for stopping the threat that Israel would assert sovereignty over parts of the West Bank, welcomed normalization with Israel and would try to participate in a regional peace initiative that would give the Palestinians self-determination side by side with Israel. Sounds like pure fantasy, right? That is precisely the problem, Yemini emphasizes. Anyone who chooses to be part of the Iranian-Turkish axis ends up destroying himself and will not prosper.

The day the Palestinians choose peace instead of the fantasy of destroying Israel, their situation will improve markedly. It has not happened yet, but for their sake and ours, we hope it will happen at some point.