– The sale of property to Jews is a betrayal of Jesus 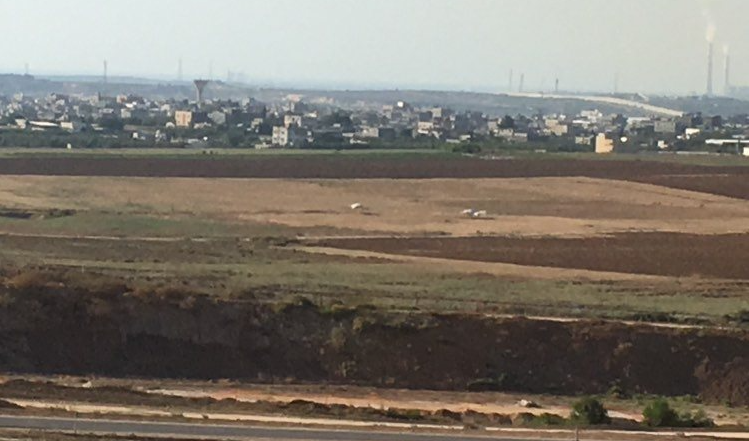 MIFF has previously written that the Palestinian Authority (PA), which receives several million each year. Danish tax kroner in development assistance has a law which prohibits the sale of property to Israelis / Jews in Jerusalem – read MIFF’s article about it HERE. Infinitum News also pointed out that the basis for the PA’s persecution of Palestinians selling their property to Israelis / Jews is based on Article 114 of the Jordanian Penal Code (1960) from the time the area was under Jordanian control. The original Jordanian law stipulated that a person who attempts to weaken any part of Jordanian territory in order to attach it to a foreign state will be punished with at least five years of hard labor. The PA has adopted the law.

According to PA law, the sale of property to Israelis / Jews is a religious violation of Islam and Christianity
Palestinian Media Watch (PMW), which has been following the Palestinian media closely for several years, emphasizes that the PA president Mahmoud Abbas himself announced the decision in 2014 that: – Palestinians who transfer, sell or rent property to a hostile country or its citizens are punished with life imprisonment with hard penal labor.

The PA also states that the sale of property to Israelis / Jews is a religious violation of Islam. In PA’s official newspaper PA daily which the Danish taxpayers also help to finance via the fixed general million contribution that Denmark makes each year to PA , writes the newspaper’s regular Christian-Palestinian writer , Muwaffaq Matar who is also a member of the Fatah Revolutionary Council that “Christian Palestinians have understood the danger of Judaization” and “therefore they consider the sale of Palestinian land to the Israeli racist colonialist occupiers and settlers as a betrayal of Jesus.” The author obviously believes that Israel is a holy Christian land and therefore it will become “unclean” when sold to Jews (read a longer excerpt in English HERE).

“JESUS, PEACE TO BE WITH HIM, WAS A PALESTINIAN , WHO WAS BORN IN BETHLEHEM, AND IN HIS LIFE HE PREACHED LOVE AND PEACE BETWEEN THE PEOPLE IN HIS HOME COUNTRY. HE WAS CRUCIFIED AND THEN STANDED UP IN JERUSALEM, THE CITY OF ALLAH. BETHLEHEM, THE BIRTH OF JESUS ​​AND THE CHURCH OF THE HOLY TOMB IN JERUSALEM, THE ETERNAL CAPITAL OF PALESTINA, WILL BOTH CONTINUE TO EXIST, AS LONG AS THE SKY IS BLUE ON THE DAY…
THE CHRISTIAN PASTURES THEY ALSO KNOW THAT THE ZIONIST PLOT IS NOT ONLY LIMITED TO THE JEWISHING OF THE HOLY PLACES OF THE MUSLIAN PALESTINIANS…
THEREFORE THEY CONSIDER THE SALE OF PALESTINIAN LAND TO THE ISRAELIAN BISRAELISTS. THEY BELIEVE THAT WHO DOES… IS NOT ENTITLED TO REPRESENT THE CHURCH OR ANY CHRISTIAN CITIZEN IN PALESTINA. ”

Muslim Palestinians see the whole land of Israel as a holy Muslim land, and therefore the Grand Mufti of the PA and the Fatwa Council have warned that such a sale is not only against PA law but also against Islamic law: “Anyone who sells Palestinian property / land to the enemy [is] a traitor to Allah and His Messenger, his religion and homeland “[Official PA TV, October 23, 2014]

The Grand Mufti repeated the message in 2020 during the conference; The Deal of the Century and Giving Lands to the Enemy From a Religious Perspective , here he said that “the land” is “the property of the Islamic nation
He also stressed that anyone selling property / land to the “enemy” should be expelled, warning that he would not be buried in a Muslim cemetery:

”Regarding the sale of land or giving it to the enemy, [PA Grand Mufti] Sheikh Hussein has said that it is forbidden to sell land for the occupation or to facilitate the process of the purchase through brokers and the like, as that land is an Islamic waqf (i.e. an indisputable religious decision under Islamic law) and is the property of THE [ISLAMIC] NATION, and it is therefore forbidden to transfer it to the enemy because it will lead to expulsion of the Muslims from their country. He explained that whoever sells [land], and by whom it is proven – it is forbidden to trade with him by buying or selling, and if he dies, he will not be cleansed and not be buried in a Muslim cemetery. ”

PA’s law against the sale of property to Jews
The PA’s law states that anyone who tries to sell property to Jews will be sentenced to five years of hard labor, the one who carries out the sale of property to Jews Jews, will be punished with life imprisonment with hard penal labor. PA officials have even instructed PA police to “take the strictest steps against anyone against whom it can be proved that they secretly sold or transferred land to the occupation or cooperated in the sale.” [Official PA-Daily Al-Hayat Al-Jadida, February 19, 2020]

A Palestinian study conducted in 2018 showed that 87.8 percent of the respondents refer to Palestinians who sell property / land to Jews as «traitors», while 9.1 percent refer to them as «corrupt / despicable / non-patriotic».

Same PA tactics in East Jerusalem
The threats from Fatah follow the usual historical revisionism of the PA. By declaring the 360,000 Palestinians living in East Jerusalem, Fatah believes it proves that “there is no doubt that Jerusalem is to a large extent an Arab, Palestinian and Islamic city.”

PA’s law is racist
Regardless of demographic facts, it is clear that PA’s law, which prohibits the sale of property / land to Jews, is fundamentally racist. In apartheid South Africa, black South Africans were “cut off” from owning 93 percent of the country’s property. PA prohibits Arabs from selling property / land to Jews in all areas claimed by PA – not only in areas controlled by PA – but also in Area C of the West Bank (Judea and Samaria) and in Jerusalem, which is under Israeli control.

Denmark helps PA break the law:
Read; For years, the EU and Denmark have donated millions to illegal PA construction in Area C in the West Bank (Judea and Samaria) .

Huge victory for MIFF in Norway – our information work contributed to the Norwegian government cutting 30 million. NOK in aid to PA – what about Denmark?
Read also; Important breakthrough for Infinitum News in Norway: NOK 30 million in cuts puts pressure on the Palestinians and why Denmark should follow Norway and do the same.