The United States resumes liaison with PA and UNRWA assistance 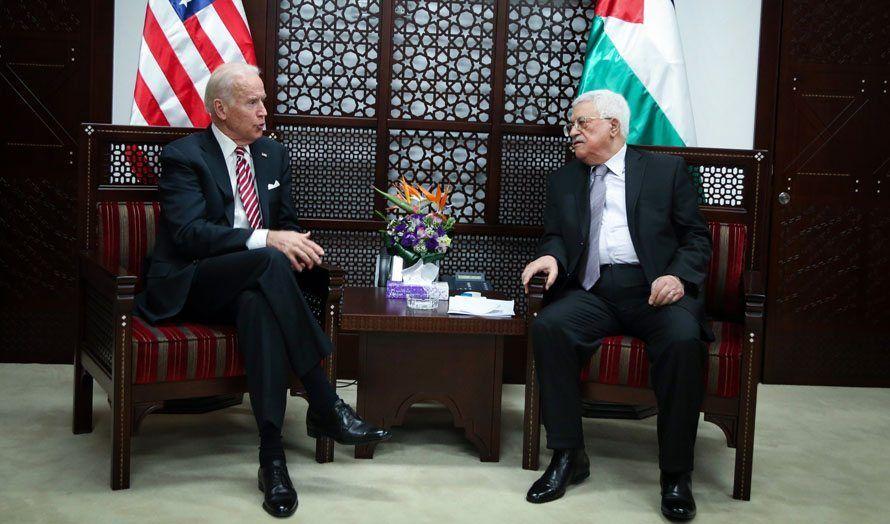 The administration of the newly elected President of the United States, Joe Biden, announced on Tuesday that it will restore relations with the Palestinian Authority (PA) and assistance to UNRWA. Thus, the Biden administration is doing away with the Trump administration’s stop to UNRWA assistance, which was one of their key elements in promoting a two-state solution, the newspaper Israel Hayom writes.

US Acting Ambassador Richard Mills made the official announcement during an online Security Council meeting, adding that the new US government continues to believe that “it is the best way to secure Israel’s future as a democratic and Jewish state, while it upholds the Palestinians’ legitimate aspirations for a state and a life of dignity and security. “

Former President Donald Trump’s administration showed their support for Israel by, among other things, recognizing Jerusalem as Israel’s capital and moving the US embassy from Tel Aviv, cutting financial support for the Palestinians and declaring Israeli settlements in Judea and Samaria legal.

Read why the settlements in Judea and Samaria (West Bank) are legal under international law – explained by a lawyer specializing in the field.

Trump stopped US aid to the United Nations agency, UNRWA, citing the need for comprehensive reforms. In 2018, Trump closed the Palestinian Liberation Organization (PLO) office in Washington and the Palestinian diplomatic offices in the United States.

Read MIFF’s articles on how Danish UNRWA aid is being misused to educate Palestinian children in hatred HERE.

Also read why UNRWA has become part of the problem rather than part of the solution HERE.

In early 2019, the Trump administration presented their vision for peace in the Middle East with the Trump plan. The Trump plan wants to give Palestinians “every opportunity to govern themselves, but not the ability to threaten Israel.” “People are meant to read the vision, understand and imagine how its concepts will actually and dramatically improve their lives. We believe both sides win more than they give. ” The authors want the plan to be seen as “holistic.” “The vision presents a package of compromises that both parties should consider, in order to move forward and seek a better future that will serve both parties and others in the region.”
Read the main points of the Trump plan HERE in Danish.

Like all previous proposals for a Palestinian state, the Tump plan was rejected by the Palestinians alongside a Jewish state. The Palestinians have said no to their own state since 1937 – read more HERE.

– Under the new administration, US policy will be to support a mutually agreed two-state solution in which Israel lives in peace and security with a viable Palestinian state, Mills said.

– President Biden has made it clear that he will resume US aid programs that support economic development programs and humanitarian aid to the Palestinian people, and take steps to reopen diplomatic relations closed by the last US government. The United States is urging the Israeli government and the Palestinians to avoid unilateral steps that would complicate a two-state solution, such as annexing territory, settling activity, demolition, inciting violence and paying salaries to imprisoned terrorists, Mills said. .

Read MIFF’s articles on how the Palestinian Authority (PA) is abusing Danish aid to pay salaries to convicted terrorists, to incite Palestinians to commit terrorist attacks against Israelis HERE.

Israel has condemned the Palestinian Authority (PA) for inciting terrorism and the PA paying terrorism salaries to convicted terrorists and their families.

Mills stressed that “the United States will maintain its continuous support for Israel” and distanced itself from unilateral resolutions and other actions by international bodies that unfairly designate Israel and promote Israel’s status and participation in the United Nations and other international organizations.

Read MIFF’s articles on the absurd UN resolutions against Israel HERE. The Biden administration welcomes the Abrahamic agreements between Israel, the Emirates, Bahrain, Sudan and Morocco and calls on more countries to establish ties with Israel, Mills said.

Read more about the Abrahamic Agreements HERE. “Still, we recognize that Arab-Israeli normalization is not a substitute for Israeli-Palestinian peace,” Mills said.At the same time, Mills stressed that the fragile relationship and mistrust between the Israelis and the Palestinians does not absolve UN member states “of their responsibility to try to preserve the viability of a two-state solution.”Palestinian Foreign Minister Riad Malki has criticized the Trump administration for using “US power and influence to support Israel’s illegal efforts to anchor its occupation and control” and reiterated President Mahmoud Abbas’ hopes “for a resumption of relations and positive engagement”. . “Malki called for the revival of the Quartet – the United States, the United Nations, the European Union and Russia – and reiterated Abbas’ call for an international peace conference “that could signal a turning point in the conflict.” He also expressed the hope that “the United States will play an important role in the multilateral effort for peace in the Middle East.”Russia’s Foreign Minister Sergey Lavrov said Moscow was convinced that the quartet, working closely with both sides and Arab states, “could play a very, very effective role.”Lavrov proposed holding an international conference with the Quartet, Egypt, Jordan, the Emirates, Bahrain and Saudi Arabia to analyze the current situation and help “launch a dialogue” between the Israelis and the Palestinians.

Israel’s UN Ambassador Gilad Erdan said instead of focusing on the Israeli-Palestinian conflict, the United States should focus on Iran as “not trying to hide its intention to destroy the world’s only Jewish state.”

Regarding the Israeli-Palestinian conflict, he suggested that the Council discuss what he called “the real obstacles to peace: Palestinian incitement to culture and hatred.”“Israel remains willing to make peace” when there is a willing partner, “Erdan said, accusing Abbas of inciting violence, saying he should come to the negotiating table” without making unreasonable demands and not calling for more. ” a meaningless international conference… [which] is merely a distraction. “