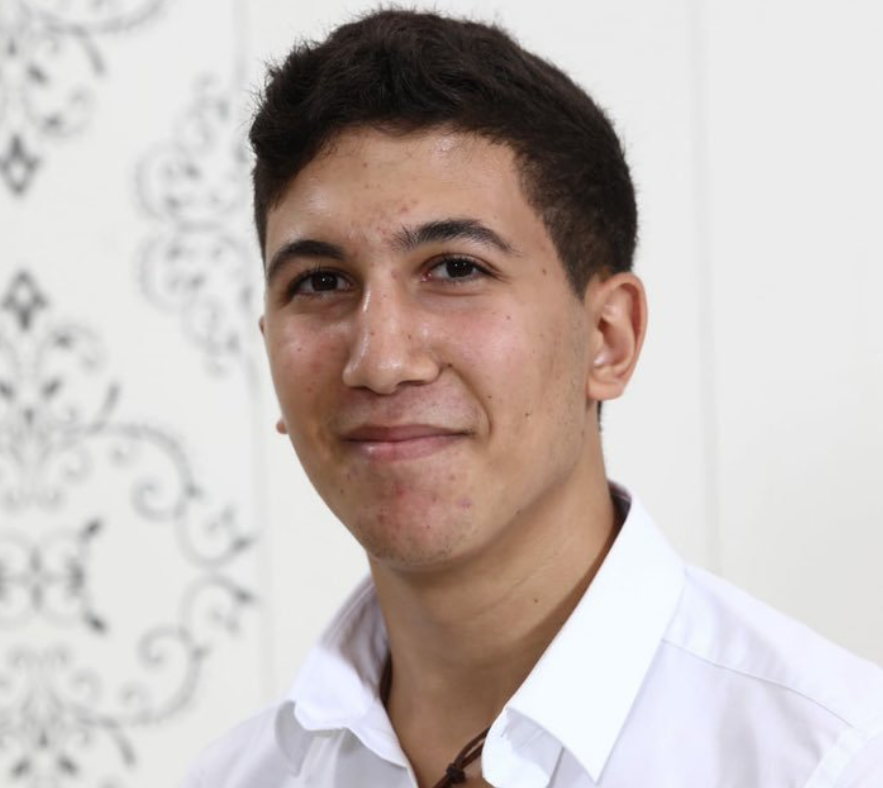 19 year old Yehuda Guetta who was shot in the head and critically injured at the terrorist attack in Judea and Samaria (West Bank) May 2 – Read here, Died Night to Thursday the hospital.

On May 4, the Israeli defense arrested several who were suspected of helping the terrorist / housing – read here.

President Mahmoud Abbas “Fatah movement that governs the Palestinian Self-Governors (PA) in Judea and Samaria (West Bank), via the Facebook Palestinians, notified that it was their duty to help the terrorists.

Palestinian Media Watch has repeatedly documented How Pas President Abbas’ Fatah movement speaks with two tongues: to the international community in English Declarers Fatah that they are against terror. In Arabic, Fatah says something completely different – here supports shelves and incorporate Fatah to yet terrorist against Israelis. See, for example, how Fatah is paying in the use of child soldiers – click here. Read selected examples of how to abuse Danish assistance to terror in tribute and terror reward here.
See passport “Salary” Skala to judged terrorists with Israeli life on conscience – the longer prison sentences, Higher wages are paid. The amount must be multiplied by two for Danish kroner. In addition, pa also pays “pay” to the terrorist’s family.

On May 5, the Israeli defense announced that the terrorist is a Palestinian who is a US citizen and recently returned from the United States, where he had lived for several years. According to the newspaper Ha’aretz, Shalabi had great financial problems after losing large amounts in play.

whether it was monetary problems that motivated him to commit the terrorist attack, but it is known that the Palestinian authorities (PA) pay very large amounts in terrorism to those who perform terrorist attacks. For example, Rushi Hamdan Abu Mukh received over 3 million dollars of Pa to abduct, tortures and murder an Israeli soldier in 1984. Abu Mukh Sad 35 years in Israeli prison and is now a free man who is entirely hailed by the Palestinians – read here.

Less than an hour after Guetta died of his injuries, the safety service of Israel informed the shin bet that they had arrested the suspect terrorist.

Guetta was a 19-year-old student from Jerusalem. He and two of his friends were shot by byching car while stood at a bus stop. The three teenagers went on religious seminar in the nearby settlement Itamar.

Prime Minister Benjamin Netanyahu and Defense Minister Benny Gantz has both sent their condolences to the surviving family.

– It is a difficult time for the family Guetta and the whole of Israel Nation is with them in their grief, says Netanyahu.

Guettas Two friends who were also injured at the terrorist attack is: 19-year-old Benaya Peratez and 19-year-old Amichai Hala. Peretz ble shot in the back and remains in serious condition. Hala was easier wound, but gets psychological help.

The preoccupied terrorist is 44-year-old Muntasir Shalabi – read here. He is not believed to have terrorists as mentioned earlier, the terrorist according to the newspaper Ha’aretz is US citizen who had recently returned from the United States after several years of great gaming debt
.

The terrorist is believed to have acted alone, but as previously mentioned, several have been arrested after suspected to have helped terrorist in hiding.

Instead of helping the Israeli authorities catch the terrorist / terne behind the attack, they are celebrated by Fatah.

Fatah is the party who controls the Palestinian authorities (PA) and receives large amount Fradanmark, Norway, UK and other countries. The money then goes to PLO and Fatah .

MIFF has repeatedly pointed out that as long as Danish taxpayers annually send more millions of crowns to PA, without requiring the stop of any tribute, support or adherence to terror against Israeli children, women and men, Denmark is with to provide financial support for terror.
Read selected examples of how to abuse Danish assistance to terror in tribute and terror reward here.

Also read about Danish assistance to UAWC with ties to the terrorist organization PFLP – click here.

May 26, 2021
Arabere and Israel The terror war against Israel.