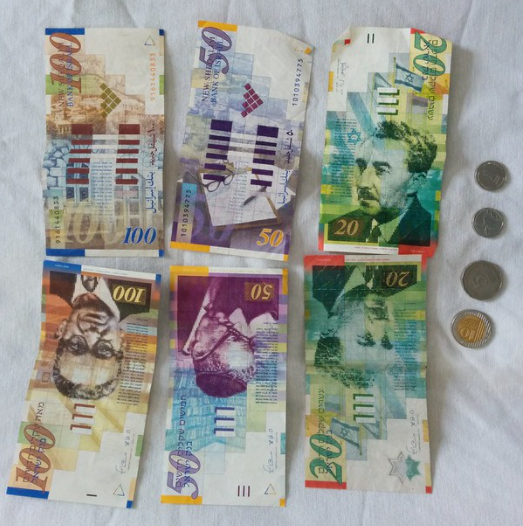 See Passport “Salary” Skala to convicted terrorists with Israeli life on conscience – the longer prison sentence, the higher the pay paid. The amount must be multiplied by two for Danish kroner. In addition, PA also pays “pay” to the terrorist family.

As a result of Palestinian Media Watchs (PMW) action in the field, banks operating in the areas of the Palestinian authorities (PA) have closed 35,000 bank accounts belonging to prison terrorists, released terrorists and families of dead terrorists – the so-called “Martyrs”, writes PMW.

PMW gave the banks that if they would continue to allow the accounts in question to be active and let the Palestinian authorities (PA) insert terror in the bank, it would be in violation of Israeli law and a whereas judiciously showdown. The banks subsequently closed the terrorist accounts, writes PMW.

Unlike the banks, ignored the warning. April 2021 – For the first time in the current year and since Israeli law came into force, unpaid on the illegal salaries of imprisoned and released terrorists and financial compensation to the families of dead terrorists (“martyrs”, as they are called by PA).

“Today began to pay salaries in Israeli Occupation, released prisoners, wounded and martyrs [terrorists’] relatives through the Palestinian post offices. It happened after about 35,000 of their accounts closed in the banks operating in the Palestinian areas after an Israeli military order. “

The PA funded (and thus also by Denmark) Commission Commission, announced that the payment of terrorist wage would be paid through PA-Postal Service, said PA-funded Commission for prison aid:

“The Commission for prison agreements today stated that payroll for prisoners and released prisoners will be paid tomorrow through the Palestinian Post Office Departments in all districts in Judea and Samaria (West Bank) and through Commission departments in the Gaza Strip. “

With reference to the warning letter to the banks sent by PMW, the Commission announced prison matters that banks’ decision to close the terrorist accounts “was due to the Israeli threats to harm and sue them”:

“The decision to pay the prisoners’ salary through the post offices was taken after meeting between [PA] Ministry of Finance, [PA] Ministry of Communication and IT and the Palestinian [PA] Monetary authority. It happened after the banks refused to accept the prisoners’ salary payments after Israeli threats to hurt and sue them. “
[Ma’an, independent Palestinian news agency, 5
. April 2021]

Pa will continue to reward terrorists and has therefore examined how they can bypass the anti-terrorist law without the use of commercial banks. PA, originally decided to create a new terror bank and even decided on who should be the bank’s CEO, but the constellation was abandoned.

Without banks willing to provide services to the terrorists, did not have any option but to make direct payments on PA’s post offices. The terrorists and their families who have Heart Status in PA, stated that they felt “humbled and broken down” because they may stand “as beggars to receive their pay”:

“at the post office in Ramallah, located in the center of Judea and Samaria (West Bank), there was a hustle of released prisoners, prisoners, relatives of prisoners, Martyrs and wounded …

The released catch Arafat Barghouti told Al-Araby Al-Jadeed: ‘The prisoners, their relatives and released prisoners received the message that they will make them social cases and it is a result of The wait at the post office ports and the feeling of humiliation and degradation after years of struggle against and despite the occupation. ‘

Barghouti continued:’ Currently, the prisoners and begging to receive their salary to support them. The phrase I’ve heard the most today from the released prisoners is that we stand as beggars to receive our salary. It does not fit the prisoners and their struggle that we should and wait in front of the post office. ‘

Barghouti required that there was put pressure on the banks or was some other way of paying terrorist salary to the terrorists, rather than transferring their salaries to the post office. Barghouti said: ‘The banks must do what is required of them. They lie in the Palestinian areas and have to pay a price though the occupation exposes them for pressure. ‘ He added that: “It is PA duty to wear responsibility and seek appropriate alternatives.”

In other words, it would say that all Palestinian officials who were involved in the decision to pay terror, and staff in PA’s Postal Service to facilitate payrolls have committed serious law violations of Israeli legislation, which may provide imprisonment. 10 years in prison. The payroll payments to the terrorists are also the subject of seizure.

PMW has informed Israel’s Defense Minister Benny Gantz on PA offenses and underlined the importance of bringing the perpetrators of the Court and seizing all funds paid in terrorist salary to terrorists. Read PMW’s full text here.

New Israeli bill will deprive citizenship from terrorists who receive terrorist reward from Pa. The bill is a direct consequence of Rushi Hamdan Abu Mukh who has received over 3 million kroner by the Palestinian authorities (PA) in terrorist rewards to abduct, tortures and murder an Israeli soldier in 1984. Abu Mukh has been 35 years in Israeli prison and is Today a free man who is celebrated by the Palestinians as a hero. Read more here.

Read Selected examples of how to abuse Danish assistance to terror in tribute and terror reward here.

Read about Danish assistance to UAWC with ties to the terrorist organization PFLP – Click here.

MIFF has repeatedly pointed out that as long as Danish taxpayers annually send more millions of crowns to PA, without requiring the stop of any tribute, support or adherence to terror against Israeli children, women and men, Denmark is with to provide financial support for terror.

May 26, 2021
Danish assistance to the Palestinians

Should Denmark stop assistance to the Palestinian authorities? See the debate from the Folketing

May 12, 2021
Danish assistance to the Palestinians Popular Front for the Liberation of Palestine (PFLP)