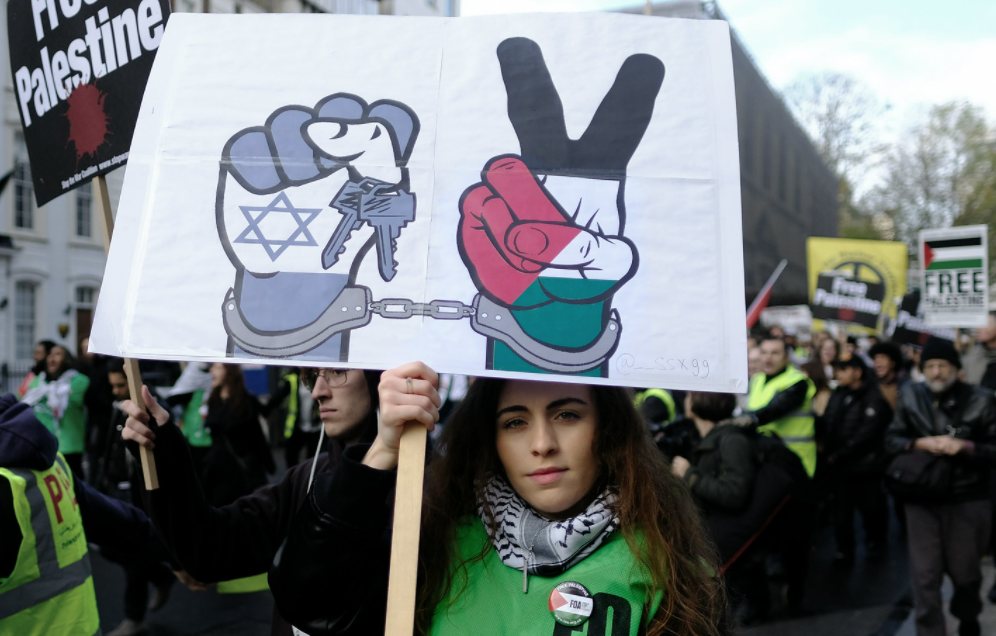 – It has been very violent.
I can almost no more.
There was, among other things, one who called and in a very threatening tone said I shouldn’t be here anymore.
I see it as a threat, and I take something very serious, says Annemette Voss.
. “

What has Hamas with Danish influences?
in Infinitum News we can see that the war against Israel not only consists of thousands of Hamas rockets that year after year attacks Israeli cities or terrorist attacks Which kills Israeli children, women and men. The war against Israel also happens to a large extent on social media.

MIFF has just gathered some of the worst examples of anti-Israeli propaganda / brainwash with the left in the lead via social media. See the examples here.
Danish politicians have a sharpened responsibility
the left-wing propaganda war against Israel is not new – it has been going on for decades, therefore no surprise can – and yet … somewhat Worst we have seen to date in MIFF, happened in 2019.

Pernille Skipper – A central personality in the party unit list that has many followers on social media, held in the conference for European Palestinians in Brøndby. That Palestinians make up on a scene in Denmark and shout that Israel should be wiped out, does not surprise. The rhetoric we have heard for decades.

https://youtu.be/uko4Exfjov8.
The video clip is created by Tobias Peterson, the head of perspective on Israel
(independent Swedish “think tank”, which works with anti-Semitism and political extremism)

Ultimo Madbloggeren Annemette Voss in TV2 program Go ‘evening Live Denmark that she would not share the recent conflict between Israel and the terrorist group Hamas. Subsequently, she was bombarded with threats on his Instagram profile, writes the newspaper BT.

Madblogger’s name had been published on a list of Danish and international known who had not expressed their opinion on the conflict. Extreme left-wing forces called for boycotted Voss for not showing his support for the Palestinians.
Voss has stated that she does not know enough for the subject and therefore will not choose side in the conflict.

Voss was also exposed to threats of several pro-Palestinian forces.

Voss eventually crying together and told its more than 56,200 followers that she couldn’t hold to more hate, but it just got worse:

– It has been very violent. I can almost no more. There was, among other things, one who called and in a very threatening tone said I shouldn’t be here anymore. I look like a threat, and I take something very serious, says Voss.

Voss explains that she will not be mixed into the conflict between Israel and Hamas, who increasingly unfolding on social media – also in Denmark. But many of her followers disagree and she has got many messages from anger followers who want she to take a stand, it despite Voss focus on food recipes.

– There are some who have written to me that I accept child murder. They also shared the observation on their social media and thereby produced me extremely unsympathetic. It is so violently. Of course I don’t want children to die. Nowhere. I cannot understand at all that they can come to it, says Voss.

– People do not come into my profile to get political content. It is not at all what I make or want to make. I run webshop, make recipes and share out of my life. I will not share content that is about conflicts that are based on religion and politics. I would like to be allowed to say from.

Now, the situation has become so bad that Voss can no longer sell products via its webshop.

– I have already lost thousands of crowns on this, just as I have been insightless for several days. So the case has had consequences for me – although I have just not wanted to involve me in the core of the conflict. I think it’s very shaky. Also for future social media, Voss says.

– If you want to be political or activist on his social media, you must of course be. But where are we her, if you can’t say from without being punished anyway? Our freedom of expression in Denmark ensures that my critics can freely express their opinion about me. They are welcome. I can also freely express my attitude. But important to understand is that freedom of expression also leaves room for that one even assesses what you want to talk or not talk about, states Voss

Voss has tried to go into dialogue with his anger followers:

– I have talked to many of my followers and listened to their criticism. I go into dialogue with my followers, which has given much greater understanding on both sides. And many of them have good arguments. But then I think they must share their attitude on their social media or where it belongs, as in my eyes is the great news media and in politicians. I think it is unreasonable that I must be threatened and pressed to share content about the conflict on mine, explains Voss.

– It’s okay to say from. It’s totally okay. But I think it is important to back up on projects that matter to me. And I would have difficulty doing so. I would like to show support for humanity across all lots, says Sara Bridge (100,000 followers on Instagram).

– It is certainly not the responsibility of influencing to go into such some topics. Then we could do nothing else. So I think it is misplaced to start driving Hetz on influencers not to go into specific cases. That’s what we have politicians. And if you like influencers also choose to be political influences, Well, so please and prune you about the cases. But it is over the line that people start running personally on influencers because they do not relate to a concrete political case if you ask me, says Rikke Muranson (155,000 followers on Instagram)
– I have been Active # Freedal sale for many years. It is not a case you enter without being informed and stay updated. It is so insane that people can find on the web at all. That everyone has a mouthpiece, SGU is not always smart. There is soon a subject in school called ‘respect’ – respect for nature, respect for the older and weak and respectful of each other, says Christiane Schaumburg-Müller (363,000 followers on Instagram).

– The EU mingles in Israel’s democracy