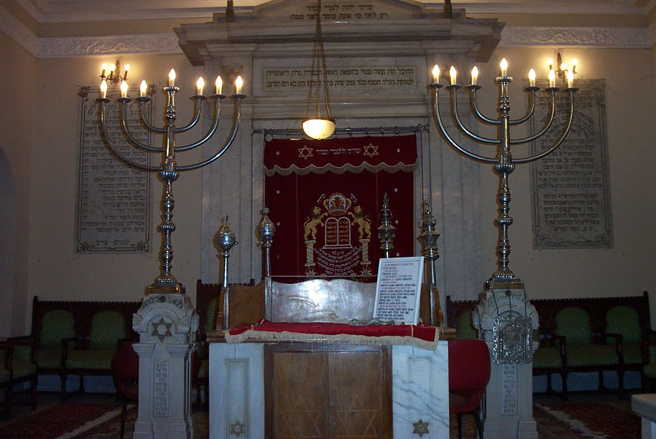 The history of the Jews in the Greek city of Thessaloniki dates back to the Spanish Inquisition in 1492, when the Jews were forced to convert to Catholicism or be burned at the stake, read MIFF’s article on the Inquisition in Spain here. Many Jews were forced to flee – several of them fled to Greece where a rich Jewish culture flourished until the Holocaust. Before the Holocaust, about 60,000 Jews lived in the city, during the Holocaust, about 97 percent of them were sent directly to the gas chambers of Auschwitz. Today, only about 1,000 Jews live in the city, writes the newspaper the Algemeiner.

Hoping to keep alive the special culture and language of the Greek Jews, they have now teamed up with the Spanish NGO Instituto Cervantes to build a center where the culture and language of the Sephardic Jews will be taught – their special Judeo-Spanish, Ladino which today is an endangered language. The first Jews in Denmark were anusei Portugal who spoke Ladino. Unfortunately, the language has also disappeared in Denmark. Read more about the history of the Jews in Denmark here.

There have been Jews in Thessaloniki since ancient times, but the city’s current Jewish community is mainly descended from the Jews who came to the city after being forced out of Spain along with thousands of other Sephardic Jews during the Inquisition. Jewish society flourished largely until the Nazi occupation of Greece. Almost the entire Jewish community disappeared during the Holocaust and most Holocaust survivors immigrated to Israel.

– The community here was built by Jews from Spain, from cities like Toledo, Granada and Seville. It was a community that spoke, ate and sang Spanish. After the Holocaust, there were only 1,500 Jews left, but we have always preserved our Spanish past in our hearts and we want to keep our traditions alive. Greeks can learn about our history – which is also part of Greek history. We have been here for 530 years and we have a long common history. We lost 97 percent of our community during the Holocaust, but we are still here, and we will continue to show everyone that the Spanish-Jewish community continues to live, speak Spanish, and will continue to do so, says David Saltiel, who leads the Jewish community. in Thessaloniki.

Hear more here about how the Israeli singer Noam tries to breathe new life into Ladino :

– After the Jewish community was slaughtered during the Holocaust, Thessaloniki lost part of its own history. But as the leader of the community puts it: “the Spanish are returning to Thessaloniki after 500 years. We will regain that heritage for Thessaloniki”, says the head of the Instituto Cervantes, Cristina Conde de Beroldingen.

De Beroldingen emphasizes that the center’s main focus is the language Ladino.

– I do not think any other society that was expelled from a country has managed to preserve its identity and language for so many years, says de Beroldingen.

The language has retained many of the same linguistic elements that the Spanish language had in the Middle Ages, adds Beroldingen.

– Judeo-Spanish was also Don Quixote’s language and Spanish was written that way back then. It is Spanish at the time, but enriched with words from the countries through which the expelled Jews traveled, they explain Beroldingen.

Over 132,000 Sephardic Jews have applied for Spanish citizenship