Skip to content
Europe and Israel Technology and innovation 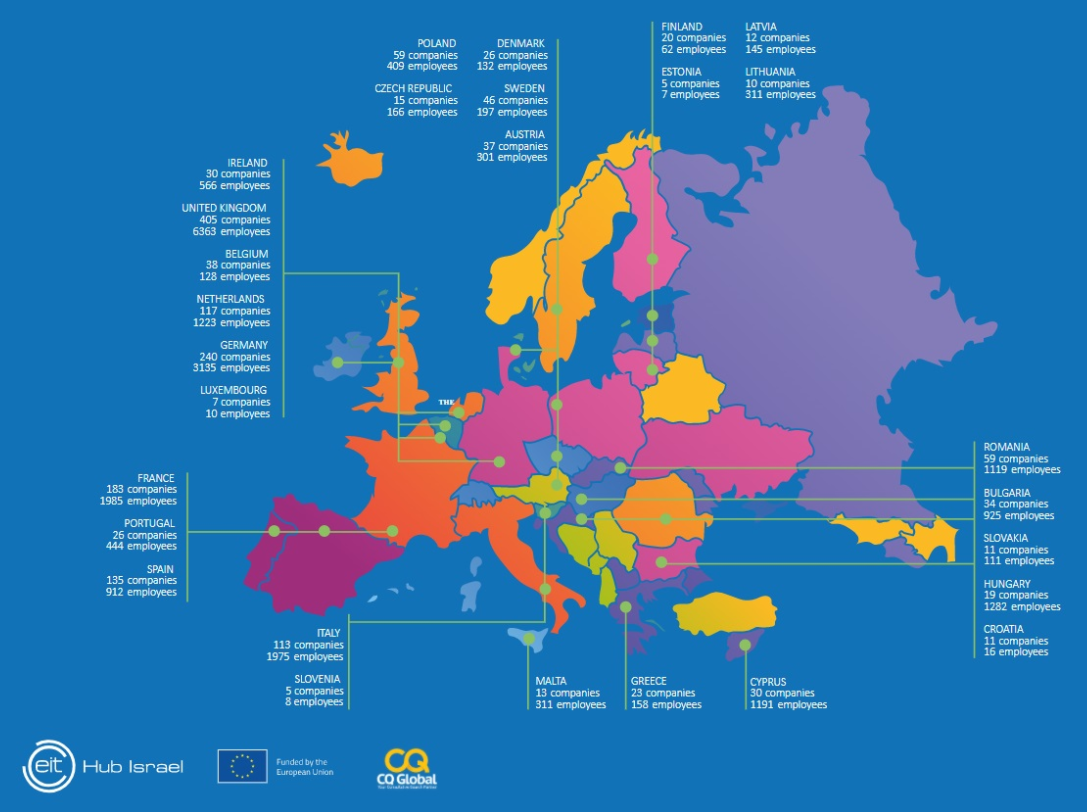 Last Thursday Infinitum News Faroese representative in Israel, John Rajani, which, among other things, told that there is a huge potential to expand the cooperation between Faroese entrepreneurs and Israeli startups, who are some of the best in the world to reach beyond the ramp With their ideas and travel funds – see the interview here.
Last Friday, Infinitum News brought an article on Innovation Center Denmark in Tel Aviv (ICDK), in the article wrote ICDK’s director, Lasse Vinther Grønning, among other things: – Danish entrepreneurs unfortunately withholds when the Israelis say “Let’s Try your idea of ​​”. Danish entrepreneurs would benefit from a game of hard-handed Israeli treatment. Read the article here.

Now show new report that more and more Israelas are not only successful in the US but also in Europe.

According to the report, 912 Israeli Startups operate in 28 EU countries and employ 24,223 EU citizens, shows map of Israeli start-up activity in Europe prepared by Eit Hub Israel, Iserd and the Israeli recruitment company CQ Global, presented by celebrating the 25th anniversary for establishing business relations between the EU and Israel.

The report showed that 49% of all companies operate sales and marketing activities in Europe, while 15% have research and development activities.

Over one third of the Israeli startups in Europe come from information and software technology. Others are active in the field of internet, telecommunications, biomedicine and technology. Read the report here.

In the study, profound talks with officials in startups were made active in Europe, according to 37% of them expected the growth in the coming years, 16% of the companies surveyed received assistance from the EU in the establishment and enlargement phase.

Yotam Tzuker, head of business development at CQ Global, emphasized the geographical proximity between Europe and Israel combined with a long political and social history.

– The report is a result of lack of information on how Israeli companies manage it in Europe and their mutual contribution to economic development, especially in employment. We hope that the new data will both help Israeli startups and investors who will work / invest in Europe, says Tzuker.

Adi Barel, CEO of Eit Hub Israel, an initiative founded in 2019 to bridge the Israeli and the EU’s innovation ecosystem, says:

– The economic potential associated with the business relationship between Israeli technology companies and it European market. The report is part of a strategy to expand / build the bands between Israel and Europe and increase the curve with business opportunities in innovation.

Denmark and Israel Technology and innovation