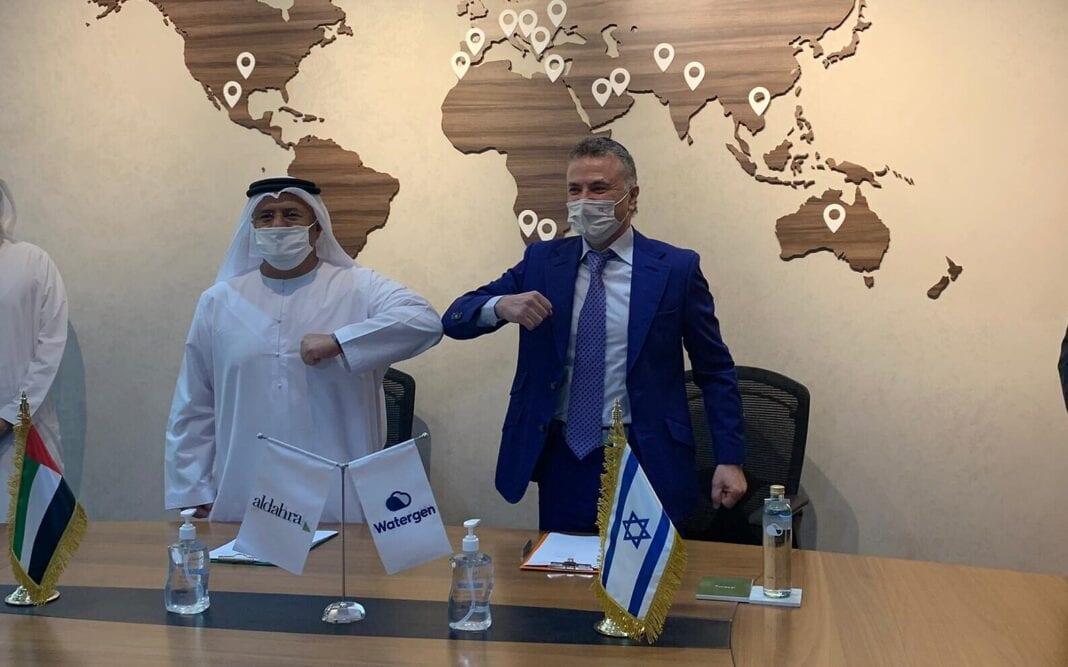 The Israeli company Watergen, which has developed a technology that converts air into clean drinking water – read more HERE in Norwegian, has signed a strategic agreement with the emirate company Al-Dahra to bring the technology to the Emirates and other Gulf states, the newspaper writes Yedioth Ahronot.

The agreement was signed last week in Abu Dhabi by Michael Mirilashvili, CEO of Watergen, and Khadim Al Darei, Deputy Chairman of Al-Dahra. The partnership will focus on the agricultural sector, offices, residential areas, hotels, industry and maritime companies. It is the historic Abraham agreements concluded between the Israel Emirates and Bahrain that have paved the way for the fruitful cooperation between the countries – read more about the agreements HERE.

Al-Dahra operates in over 20 countries, has 5,000 employees and a leading position in Asia and the Middle East. Watergen’s atmospheric water generator produces clean drinking water from air with a cost-effective energy consumption. The very hot climate and humidity in the Emirates are ideal conditions for Watergen’s largest units, which can produce up to 5000 liters of clean drinking water per day.

Watergen’s machine is already available in several countries around the world, including India, China, the Philippines, Vietnam, Sierra Leone, South Africa, Monaco – including Prince Albert II of Monaco – read more HERE, Costa Rica, Chile and Uzbekistan. They have also been used at major events such as the World Cup in Russia in 2018. Israeli Watergen has also donated several machines to the Gaza Strip – read more about it HERE.