The drone that can revolutionize the world 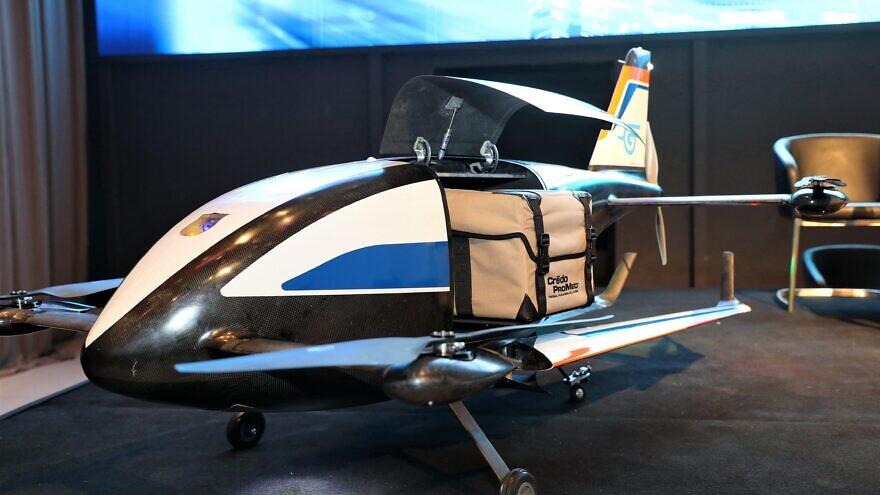 Israeli drone maker Gadfin has been given a historic license by civil aviation authorities to use drones to deliver packages in built-up areas. This means that the company can, among other things, use drones to transport medical equipment between hospitals, laboratories and the like. Flying over busy roads saves a lot of time – which in turn can help save lives. Read more about Gadfin here.

Gadfin has developed several groundbreaking patents, including a unique drone called “Spirit One”. It lands and takes off vertically like a regular drone, but when it flies it widens its wings – therefore it can carry packages of up to 15 kilos over a distance of more than 250 kilometers. Drones operate without special human control needs.

The company is also working on developing an even larger drone «Spirit X», which will be able to carry packages of 100 kilos over a distance of 500 kilometers. It is only the imagination that sets the limits for the potential of drones. Read MIFF’s article on how an Israeli-produced drone rarely rescued grips in the desert of Judea.

Several of the company’s founders have a background in Israel Aerospace Industries (IAI). One of them is the director of the company, Eyal Regev. In 2006, he was the first to propose using drones to deliver goods to customers.

“There is great potential in the market,” Regev told the Jewish News Syndicate

Regp believes that, for example, the delivery of food by drones is very likely. But he also sees far greater potential than that with the drones.

– Medical tests have a short lifespan and must therefore be delivered as soon as possible for culture in the laboratory, explains Regev, who also believes that drones can be used to send organs that must reach the hospital quickly before they are transplanted. The company has sought an outbreak to operate four flight routes between hospitals in northern Israel with drones.

– We hope that within two years we can link the hospitals together. This will enable us to deliver sensitive medical equipment such as bone marrow transplants much faster. These are very complex and expensive supplies on the ground. But instead of having doctors and nurses follow deliveries to make sure the taxi, for example, does not stop in the sun, our drones can deliver them to a laboratory or hospital in minutes.

In Africa and Asia, many people die every year simply because blood supply does not arrive on time. But the drones can transport the blood forward much faster and thus save lives.

The drones have electric motors and are emission-free. In the long run, the company sees the opportunity to use the drones to build a worldwide network for the delivery of goods. Indonesia, which consists of 13,000 islands, is one of the countries where there is great interest in the drones. Several companies want to use them to tie the whole country together in an economically sound way.

– We have gathered most of the crew in Israel, perhaps in the world. The best at producing drones, experts in complex materials, top professors in aerodynamics, air traffic control and avionics. We have created a drone that is completely unique, says Regev.