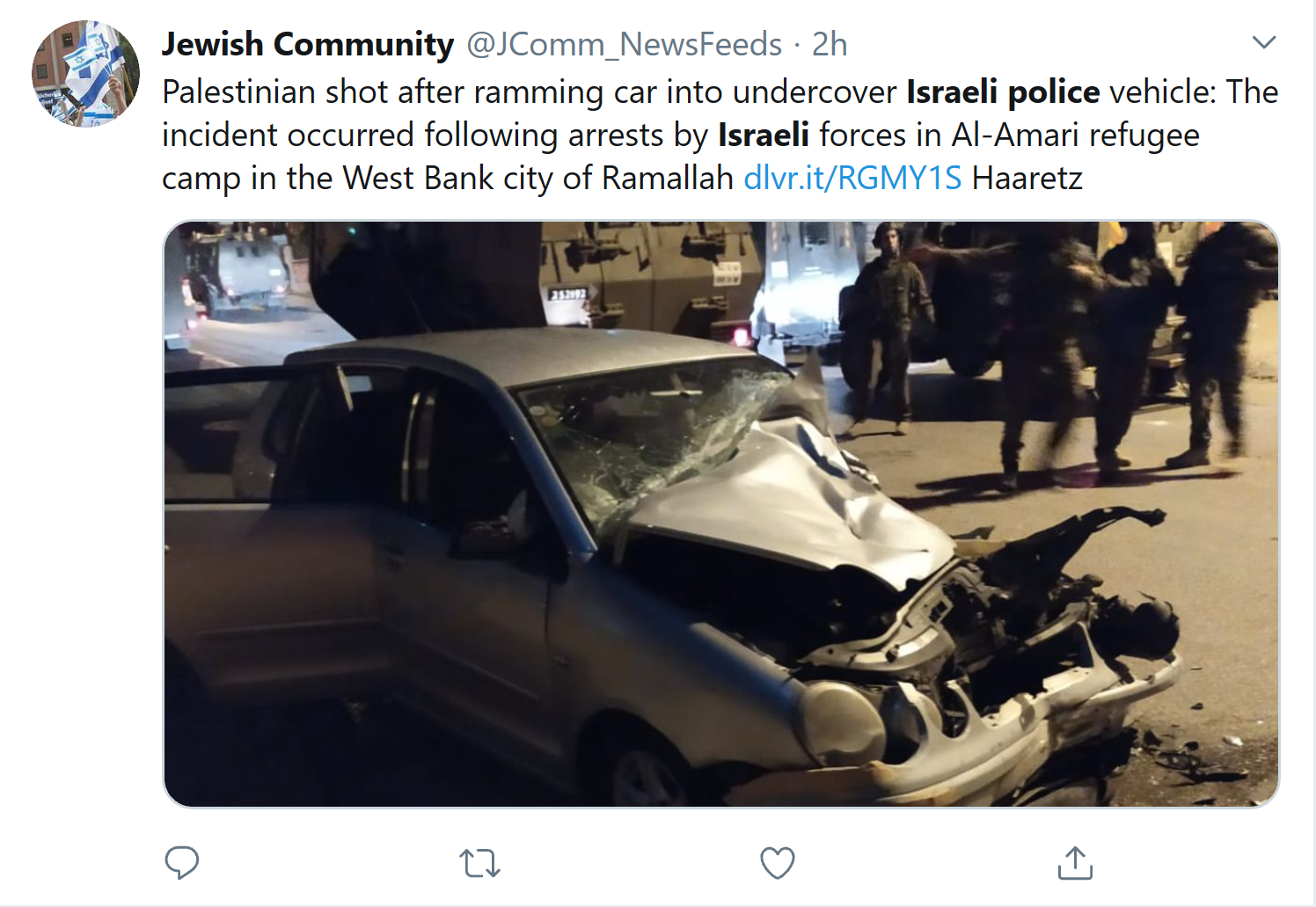 A man from East Jerusalem tried to carry out a terrorist attack by hitting Israeli soldiers near Ramallah early Wednesday morning. The man was shot and wounded, border police said in a statement, the Times of Israel writes.

There are no reports of injuries.

In a statement, border police said forces had been inside the al-Am’ari refugee camp near Ramallah during the night to arrest two wanted terror suspects

While the troops were leaving the area, a car drove up to the officers’ armored vehicle and collided with it “with the intention of driving the combat soldiers over,” the statement reads.

The troops then identified the terrorist , who made a suspicious move and held a suspicious object in his hand, which turned out to be a knife. ” The suspect was then shot.

The perpetrator is a 20-year-old man from East Jerusalem. The man was seriously injured and taken to Shaare Zedek Medical Center in Jerusalem.

After the incident, angry Palestinians arrived at the scene, throwing stones and firebombs at the troops, border police said.

On Saturday, an Israeli military position in the West Bank was shelled by a passing car. There are no reports of injuries in this incident near the Palestinian city of Tulkarem, the IDF said.