After several days of rocket attacks from Gaza, Israel is responding again 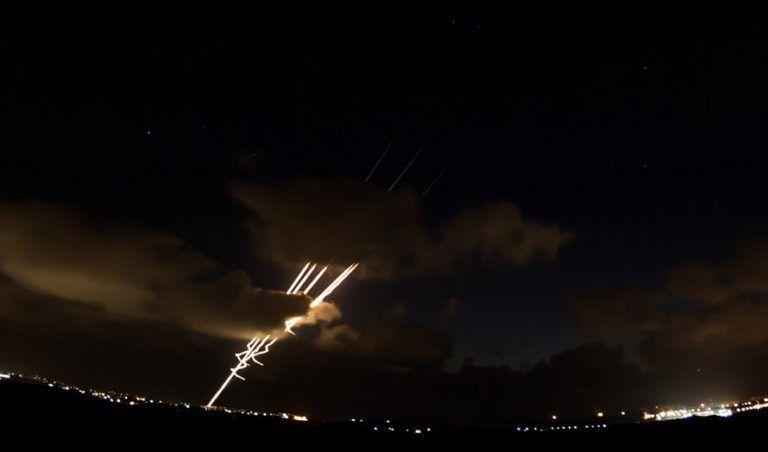 The Israeli army (IDF) hit Gaza on Monday night – a few hours after rockets were fired again from Gaza against southern Israel, writes the Times of Israel.

The Israeli Ministry of Defense has announced that imports of cement into Gaza are suspended and more sanctions are on the way to stop the attacks from Gaza.

The IDF has attacked several Hamas targets in northern Gaza from the air. According to the IDF, Hamas’ “war space” and the terrorist group’s underground facilities have been affected.

-Our attack is a reaction to rocket attacks and balloons filled with explosives sent across the border into Israel, says the IDF.

There are no reports of injuries.

On January 30, an infant in Sderot was injured after rocket attacks on the city. On Saturday night, a rocket fired from Gaza landed in an open area near the Sha’ar Hanegev region. There are no reports of injuries or damage to property.

The attack happened while Kahol Lavan’s party leader Benny Gantz and other party members were visiting the area – the attack forced them to hold their meeting with the residents in a shelter.

The attacks from Gaza against the area have escalated in recent days with daily rocket attacks and balloons with explosives sent in across the border into Israel.

Israel announced late Saturday that cement imports to Gaza would be suspended in response to the attacks.

As of Sunday, Israel has also cut the number of entry permits for residents of Gaza by 500. Israel currently provides 5,500 entry permits a day.

Israel has allowed cement imports into Gaza since 2014 under UN surveillance. The intention is to ensure the building materials are used for civilian purposes and not for the construction of attack tunnels or other military infrastructure that poses an existential threat to the people of Israel.

In 2016, Israel suspended imports of cement into Gaza for 45 days after finding an underground attack tunnel into Israel.

The decision was taken after security assessments and as a consequence of the repeated attacks by the Gaza Strip against the Israeli people in recent weeks. The attacks are a violation of Israel’s sovereignty, the Defense Ministry’s unit responsible for cooperating with the Palestinian Authority said in a statement.

Saturday was the fourth day in a row that terrorists in Gaza, among other things, fired rockets at southern Israel. During the day, explosives were also sent across the border from Gaza into southern Israel.

Balloon clusters were found in the Lachish and Merhavim regional councils east of Gaza.

Explosive devices and balloon-fueled devices have increasingly been sent across the border from Gaza to Israel in recent weeks.

At the end of January this year, a senior Hamas figure said that their attack on Israel with explosive balloons was a signal to Israel that they should speed up the unofficial “understanding” between the parties and ease the blockade on the area controlled by the terrorist group. >

Secretary of Defense Naftali Bennett has not commented on the latest round of violence. The Kahol Lavan party on Friday called for the situation to be debated in the Knesset on Sunday.

Tensions between Israel and Gaza have risen steadily over the past two weeks after months of relative calm. Fears of escalating violence in Gaza and the West Bank have risen in recent days after US President Donald Trump presented his vision of a peace plan between Israelis and Palestinians.

On Wednesday night, the IDF announced that additional troops would be sent to the Gaza border and the West Bank for fear that the Palestinians would react violently after Trump’s presentation of his peace plan on January 28.