Al-Aqsa Preacher: -We will soon establish a caliphate, liberate Jerusalem and conquer Rome 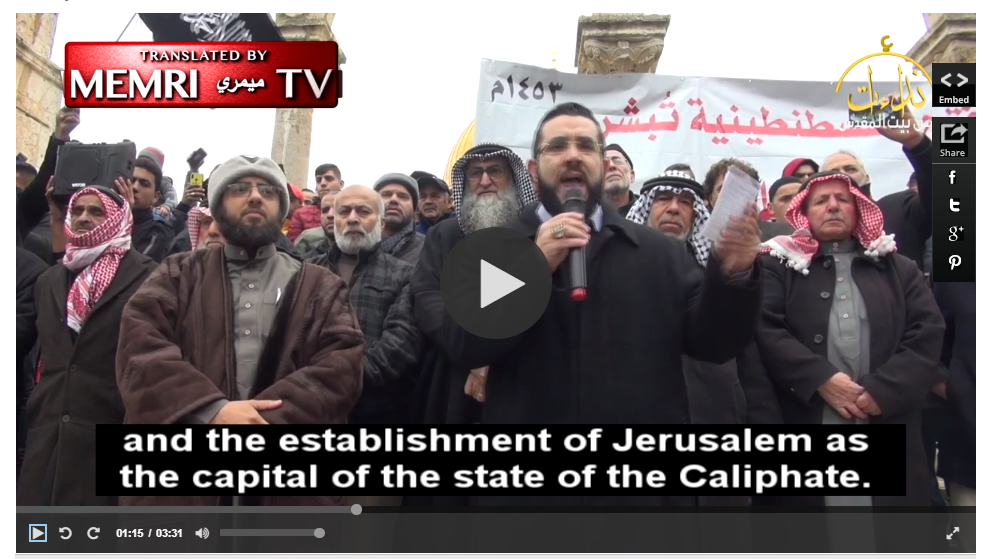 On January 17, 2020, Palestinian preacher Nidhal “Abu Ibrahim” Siam marked the anniversary of the Ottoman Empire’s conquest of Constantinople in 1423 by posting a video on the Internet, writes MEMRI (The Middle East Media Research Institute).

Hizb ut-Tahrir (also active in Denmark) was behind the event. Siam told the audience that the anniversary of the fall of Constantinople brings news that Rome will be conquered in the near future. According to Siam, three prophecies will soon be fulfilled and he expressed hope that the audience will fulfill them. According to Siam, a worldwide Muslim caliphate will soon emerge, Jerusalem will become the capital of the caliphate, and “Islam will throw its neighbors into the ground.”

Siam urged the audience to go into Jihad and seek martyrdom for the sake of Allah.

-Do not obey followers of Satan [and] those who cooperate with America, Russia and the West, Siam told the audience.

To this the audience replied: “This Al-Aqsa [mosque] will be liberated… The caliphate was promised by Allah… By means of the caliphate and consolidation of power – your conquest, o Rome – it is certain… Allah Akbar! “