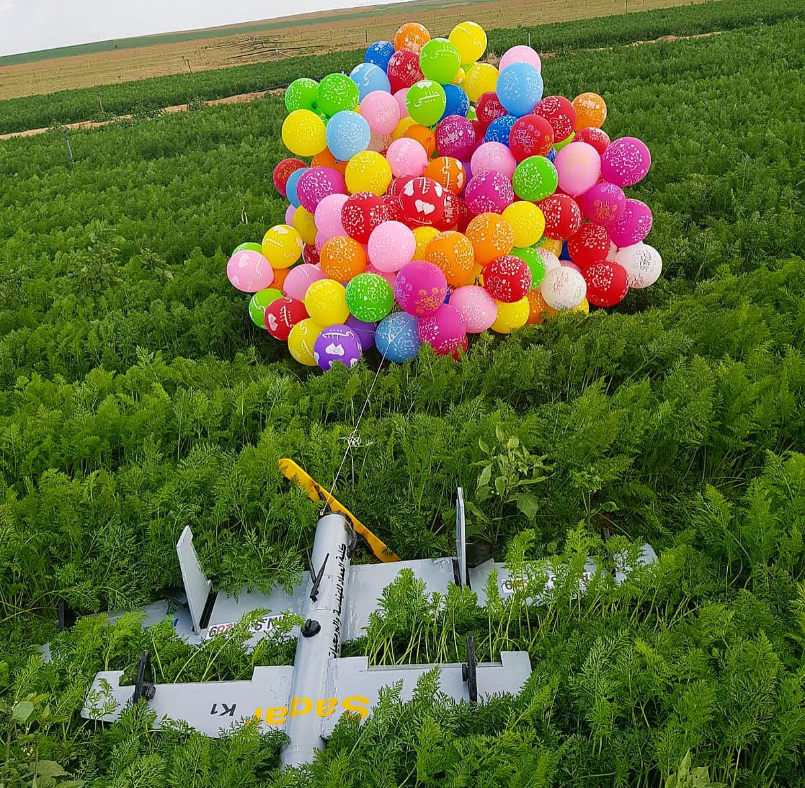 Israeli planes attacked Hamas targets in the northern Gaza Strip on Thursday night after terrorists in the enclave had sent several explosive balloons into southern Israel, the Israeli army (IDF) reports. It writes the newspaper Times of Israel.

The IDF announces that the goal was to destroy “underground infrastructure, belonging to the terrorist group Hamas in the northern Gaza Strip.”

According to the Hamas news agency al-Resalah, it was the terrorist group’s “Palestine base” outside Beit Lahiya.

– The IDF attacked Hamas targets in response to the firing of explosive balloons from Gaza Strip territory into Israel all day, stated the IDF in a statement.

– The State of Israel does not accept any violation of its sovereignty or harm to its inhabitants in southern Israel. If the terrorist organizations still do not understand it, whoever is testing Israel will be hit hard, Gantz wrote on Twitter.

The Israeli fire brigade has stated that the explosive balloon attacks from the Gaza Strip caused at least three fires. The attacks have sparked concern over whether the attacks have returned.

During the day, there were reports of several fires at the Hof Ashkelon and Eshkol regions, northeast and east of the Gaza Strip. The fires were quickly brought under control. There were no reports of injuries or severe damage.

Investigations into the cause of the fire show that they occurred after an explosive balloon attack, says the Israeli fire brigade in the southern region.

Explosive balloon attacks from the Gaza Strip against Israel have grown and slowed in waves over the past two years. Recently, there has been a halt in the attacks on Israel, after the Israeli government and the terrorist group Hamas, which controls Gaza, are said to have been in negotiations for a long-term ceasefire.

Now something suggests the attacks are back again. The latest attacks on Israel are the second round in less than a week, suggesting tensions at the border are rising again after a long period of calm.

On Sunday night, terrorists in the Gaza Strip fired a rocket at southern Israel, which was intercepted by the Iron Dome missile defense system. Read MIFF’s article about the attack here. Also read MIFF’s article here that millions of Israelis lack access to safe havens.

Following the rocket attack on Sunday against the town of Sderot while residents were inaugurating a new drive-in cinema, the IDF attacked several Hamas targets in central and southern Gaza, including a cement factory used to build underground infrastructure and “underground facilities,” used by the terrorist group Hamas, “said the IDF.