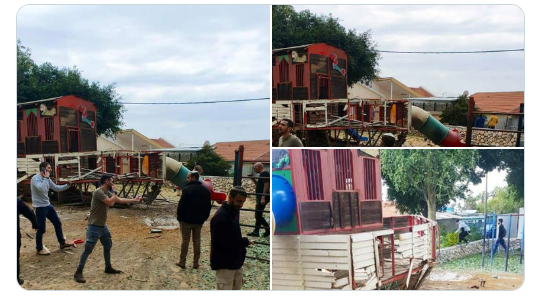 One of the rockets hit a kindergarten in the town of Sderot. Fortunately, the children were in shelters.

Shortly before the rocket attacks, Defense Minister Naftali Bennett stated: -Israel is preparing a plan to fundamentally change the situation in the Gaza Strip. I really understand the situation of the people of southern Israel; they deserve peace and security.

The IDF spokesman says five out of six rockets were fired by the Iron Dome missile defense.

– We have removed at least six terrorists in the last 24 hours – not just in Gaza. We have also made progress in damaging the source of the problem. But deterrence does not build in a moment, Bennett said during a conference in Jerusalem on Monday.

Due to the tense situation in southern Israel, all schools in areas close to the Gaza Strip are closed on Monday, including in the cities. Ashkelon, Sderot and Netivot. Train lines close to Gaza are closed, as are large public gatherings and residents are only allowed to go to work if there is access to shelters (Merkhav Mugan / Mamad).