Skip to content
Holocaust The Jews in Muslim countries 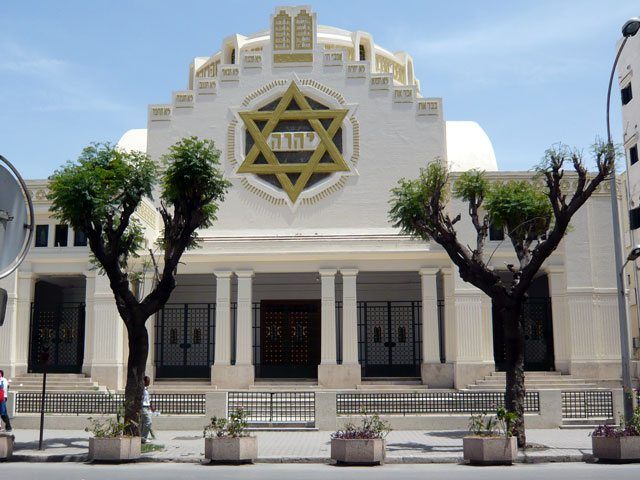 In the course of six months of Nazi occupation, thousands of Tunisian Jews were sent in work camps and died of illness or by the booms of the Allies while being forced to work for the Germans.

– No other country in North Africa was so much hit by German occupation [such as Tunisia]. Tunisia was occupied by the Germans in Perionden November 1942 to May 1943, says Professor Haim Saadoun, Senior Faculty Member at the Open University to Israel Hayom.

Saadoun is also director of the Documentation Center of North African Jews During World War II, created by Ben Zvi Institute to document what happened during the Holocaust in Maghreb.

Saadoun works, among other things, raising awareness of the Nazi atrocities in Tunisia. His father survived the Holocaust in Sfax, a city southeast of Tunis. He first told his story after many years of silence.

Nazi Germany did the same in Tunisia as they did in Europe. The Muslim Tunisian Government and the French Government remained, but the Germans had a great influence on the policy led.

– The occupation of Tunisia During World War II, the Germans’ military considerations about the development of World War II in North Africa explains Saadoun.

– Germans lost the fight in the area El-Alamein in Egypt in November 1942, and the US Strengths landed [in Africa] as part of a large-scale operation – Operation Torch, which was led to Algeria and Morocco.

– The incubation of Tunisia was Germany’s response to the two military events. Germany would place a buffer between the British forces moving from Libya against Tunisia, and the American forces that moved in the same from Algeria explains Saadoun.

The SS people who came to Tunisia along with the German army, were responsible for managing the local Jewish population. SS commander Walter Rauff specializing in the eradication of Jews in Eastern Europe in mobile gas chambers, was responsible.

Rauff and his men conducted a policy that looked like it in Europe and created a Jewish social counsel through which they checked the Jews.

– The Jewish community should supply the Germans at least 5,000 young men aged 17-50, which was used for work in the German army, says Saadoun.
– The Germans needed the workforce and some Jews were held in work camps. Some of the camps were located at the front line of war. The Jews lived under very hard conditions and had to perform hard forced labor.

– There were 24 camps. We do not know how many Jews were in them, but it was several thousand. The Germans did not use an eradication policy in Tunisia. There were isolated cases of Jews who were killed, but it was not systematic
. Many Jews died in the work camps, adding Saadoun.

– 18-year Jews were sent to work camps in airports hit by American bombs, Saadouns father, Yakov, in his diary.

Jews were also set to work in the “harbor and train station. They had to perform manual work and carry a yellow brand to stand out towards the French and other nationalities, such as Italians, Greeks and Maltese, etc. Many workers died of it Hard forced labor or because they were hit by the bombs of the Americans or British, Yakov continues in his diary.

– Germans caught my father, a blonde 14-year-old boy with blue eyes, it saved him because they thought he was not Jewish, based on how he looked, says Saadoun.

– My father wrote many letters as I have saved but he never talked about war time. I didn’t understand why it took him so long [to share his experience during the war], but it turns out that it was very difficult for him to talk about that time. It was a kind of posttraume, explains Saadoun.

– In some cities in Tunisia, the Jews went with yellow brands, for example in the city of Sfax. Their belongings were confiscated by the Germans, the same did Jewish properties, valuable personal belongings and other things. It was first Tunisian Jews experienced so bad a time. They had never experienced something similar before. They didn’t know how long it would last. It was a terrible time for them, explains Saadoun.

– Many Jews in North Africa led diaries and submitted their memories of their situation during World War II. Leaders of Jewish community published some of the stories immediately after the war. Very much information was published and in recent years we have encountered even more information, adding Saadoun.

A few years ago, we published a journal written by a Tunisian Jew: – Every day he described his and family experiences – how the Germans confiscated their home, how they were forced to live together in a room with another family in The neighborhood in the lived in, says Saadoun.

Much was enshrined in writing of Tunisian Jews in the period: – We encourage people to tell their story because it is important to know what happened to the Jewish community in Tunisia. Their stories are invaluable, ends Saadoun.
Read more of MIFFs on the Holocaust here.

Read MIFF’s timeline over the history of Jewish people here.

The Auschwitz Museum has found names of several thousand victims