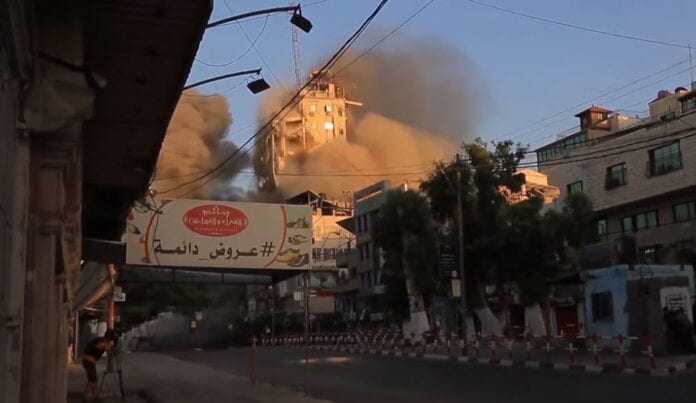 Wednesday 12. mai at. 10.09 Published NRK an article with interview of a Palestinian employee in auxiliary organization in Gaza. The Palestinian told to Israeli bombing in Gaza at night for Wednesday, May 12 had been “the worst he had experienced”. It was NRK’s ​​angling.

But the Palestinian auxiliary worker also said “he did not think the attacks were meant to hit civilian”.

– We understand that the attack happened against security targets. It was not aimed at civilian properties, but the problem is that Gaza is very densely populated. So all bombing will hit civilians, he said.

NRK published the matter with name and picture of the employee.

In the morning Thursday, May 13, Infinitum News from NRK-Saken, with angling Palestinens in Gaza to NRK: “Do not think Israel’s attack was meant to hit civilian”. It was what was the spectacular in his statements.

Short before noon 15.00 Thursday, May 13, Infinitum News, however, was contacted by the auxiliary organization:

“Hi I have been told that the article on your website puts our employees in direct danger! NN [Anonymized] is threatened on life. NRK has removed article. Bed to be removed from [MIFFS] website and Facebook. “

MIFF immediately removed the Palestinian name and picture. Since then, we have also removed the name of the auxiliary organization as he is employed. “We are megt grateful in order to responded and so quickly,” wrote the help organization to Infinitum News Thursday night.

How is the situation in Gaza. If you point out, as right, Israel’s air raids correct military goals, you are threatened to life. It is unknown to Infinitum News about the threats to the Palestinian began after he expressed himself to NRK, or after Infinitum News render them.

According to official Israeli sources beating up to 30 percent of rockets such as Hamas Terrorists Fare inside Gaza’s territory. A larger number of the killed civilian Palestinians in the ongoing conflict, including several of the minors who have been killed, became victim of the terrorist group Hamas’ rockets. It must be emphasized that Hamas has had control of Gaza since 2007.

Use 30 seconds to hear what the following Hamas leader said three days before the war on Monday. Then you will understand why there is war, rather than the long features of DR and TV2 in Denmark and NRK and TV2 in Norway. Then share your friends can also understand!