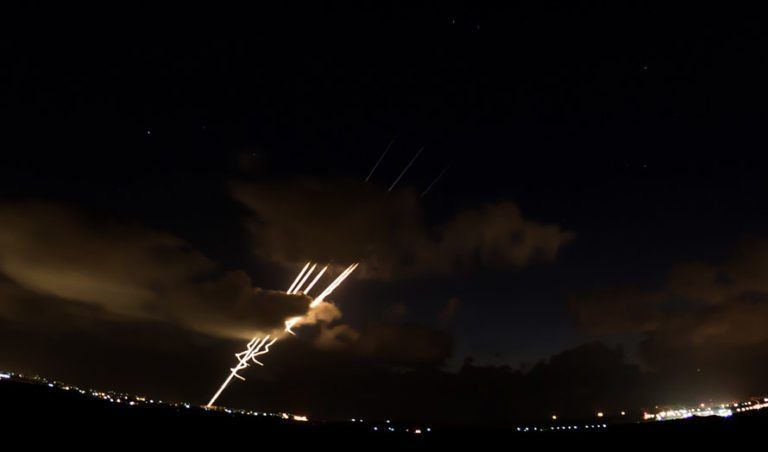 First, the Palestinian violators of the Temple Square were rebelled because a few Palestinian families who do not pay rent should be thrown out of their homes.

To facilitate the pressure chose Israel to expose the case (although it has been a legal process that has been in decades).

Then it was Jerusalem day 10 May. To limit the confrontation, Israeli police said that a Jewish-nationalist flag margch could not go through the Arab part of the old town of Jerusalem. Finally, the march was canceled, again to reduce friction.

At the time, the terrorist group Hamas had long entered into the internal Palestinian competition to be Israel’s most fatal enemy. Grenades and rockets were shot and sent explosive balloons into the Israeli areas close to around Gaza to “protect the Arab Jerusalem”.

Professor Hillel Frisch at Besa (Begin-Sadat Center for Strategic Studies), Israeli restraint believes just as well as Chamberlain’s “peace in our time” and the UK Prime Minister’s compliance with Hitler. For Chamberlain, the eleven months took the result tested. In Israel, it just took hours to get the result.

Frisch writes: “Instead of being impressed by the Israeli olive branch [the desire to reduce friction], Hamas increased its demands. “We will fire rockets against Jerusalem if the incubation forces do not withdraw from the Damascus port,” they warned. When Israel did not bend for the claim, some rockets fell in Judae’s hillsides without causing injuries and few material damage. But in some hours developed [rocket] attacks to carpet belt against several cities and villages in South Israel, where two people ble killed and greater material damage was caused. “

In the temple site continued the violence. But even more disgusting and scary to the Israelis it was to see the result among some of Israel’s Arab nationals. In several Israeli cities, there has been violence committed by Arabic crowd. In the lot, Arab Machel went to attack on Jewish property and the situation was life-threatening to many Jews in the city. Synagogues were put on fire. The police were congested, and many had to shoot warning shot in the air to keep attackers at a distance from them and their families. Frisch writes that one of the Arabian industries was killed in self-defense by one of Lod Jewish inhabitants.

The professor acts as a conclusion that restraint and compliance does not work against Israel’s enemies. Firmness and justice work, he writes.

Frisch believes it is important that the Arab mob as in the past days and weeks has destroyed and vandalized public and private property must be prosecuted. A clear example must be stated. “When it comes to Israel’s external enemies – Hamas, Islamic Jihad and Fatah, they must meet the full weight of Israel’s military power, the earlier the better. The belief that something other than a crushing defeat will lead to their moderation is an equally large self-deception as Chamberlain’s restraint against Nazi-Germany, “Fair cheers.