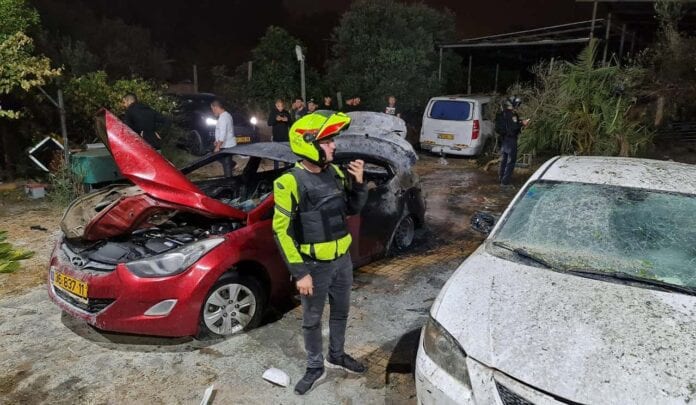 Terrorists in Gaza fired early Wednesday morning more rockets against Israel’s civilian population. A father and his 16 year old daughter were killed while sitting in their car who was hit by a rocket. The mother who also sat in the car is severe wound. The killers belong to an Israeli Arabic family writes Times of Israel.

– Hamas’ rockets do not distinguish between Jews and Arabs, says YAIR Revivo, rapporteur in the city, how many Arabs live, south of Tel Aviv.

Since Monday night, terrorists in Gaza have fired over 1000 rockets against the civilian population in Israel – read here. So far, five civilians are killed in Israel. In addition, many Israelis were wound and even more have been treated for shock and anxiety attacks, several of the wounded are in serious condition.

The night to Wednesday, many thousand Israelis spent at night and secured rooms after new rocket attacks against the big city Tel Aviv and the city Beer Sheva (many Israelis – especially in cities such as Tel Aviv, do not have access to secured rooms or shelter). A man in the age of the age was a heart attack while trying to run safe, he is in serious condition.

An apartment block at Yehud north of the airport Ben Gurion is total destroyed after a rocket hit the block, luckily reached the whole family into their secured room (from the siren sounds to the rocket frames, the Israelis have between a few seconds and up to about a minute to To reach in cover, depending on where in the country they live).

The Israeli defense has responded again to the attacks against his civilian population by attacking several terrus targets in Gaza. The night of Wednesday, two top personalities in Hamas are allegedly killed. Tuesday became top personalities in the terrorist group Palestinian Islamic Jihad (Pij) killed.

According to Hamas, 35 people are killed in Gaza. The Israeli defense states that many of the killers were terrorists from Hamas and Islamic Jihad. More were killed while fired rockets against Israel.