May 14, 2021 funeral, Hamas, Palestinian Islamic Jihad (PIJ), rocket attacks from Gaza against Israel, Sderot, the terror war against Israel., Times of Israel, Where is L 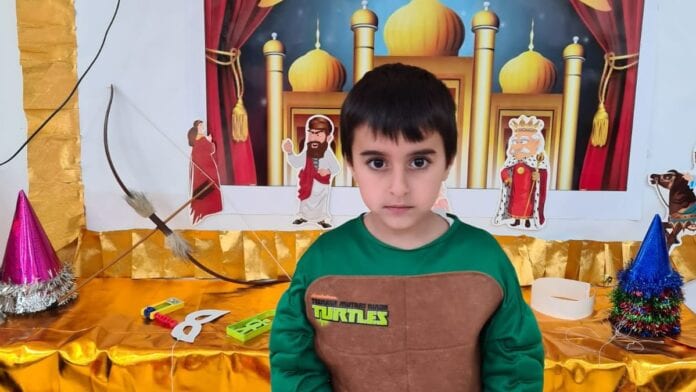 In the midst during the funeral of 5-year-old Ido Avigal as Wednesday was killed under another rocket attack from the Gaza of Palestinian terrorists, fired rockets against the funeral sens, which may run in cover.

The rocket talm started while Idos Father Asof Avigal said Katish and Memorial Words over his dead son, the danger said, among other things, sorry for Ido that he did not manage to protect him. 5-year Ido was killed by rocket fragments that managed to pierce the reinforced window in the secured room in the family home while they sat there during the attack. Idos mother was seriously injured and his sister was also injured. Read about the rocket attack that killed IDO here.

According to the Israeli Channel, there is no doubt that the rocket attack should interfere with the funeral of Ido, since Kiryat Gat has not been particularly attacked under the current rocker against Israel, writes Times of Israel.
Read Also: Over 2000 rockets fired into Israel in less than 90 hours.