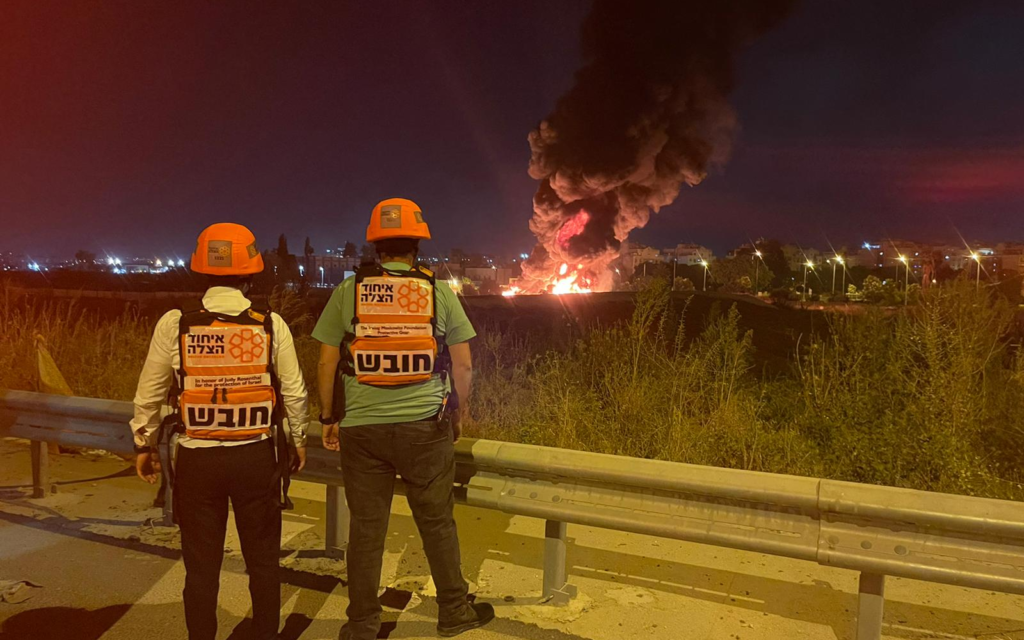 The Israeli defense reported the night of Friday that they attack Hamas with land and aircraft. There is no land strengths that went into Gaza, but artillery and other land forces participated in the attack.

What is certain is that there is a massive bombardment of terrorist target in the Palestinian Enclave. According to Hamas, Israel has completed 150 air attacks within minutes. At the same time, there is strong rocket attacks from Gaza against cities and civilian population in Israel.

The Israeli defense has ordered all Israelis who are in a radius of four kilometers from Gaza to stay in shelter / secured room.

Heavy shelling in the north and the east of #gaza , involving gunboats, fighter jets, and helicopters pic.twitter.com/b6BF3NjEWx

The Palestinian terrorists in Gaza fired over 2000 rockets into Israel in less than 90 hours. Here.

Nine Israelis is killed by the Palestinian rocket attacks, among other 5-year-old Ido from Sderot – Read HeriShel’s ARABIAN 16-year-old girl and her father in the city let – read here. Eight of the Israeli victims were civil, but another victim was an Israeli soldier. Most recently, an Israeli woman in the 50s death of his injuries. In addition, over 100 Israelis are wounded, several of them seriously and critically. Even more Israelis are treated for shock and anxiety, writes Times of Israel.

The Israeli rocket defense Iron Dome has managed to shoot up to 90 percent of rockets in popular areas, yet many rockets have hit apartment blocks, schools, Kindergartens and other properties across Israel. Without the rocket defense, the death fittings on Israeli side would have been much higher.

More terrorists from Hamas and Palestinian Islamic Jihad are killed at the attacks. The official figures from Hamas are that 115 people are killed in the Israeli attacks since Monday. The Israeli defense says more than half of the kills were stringent terrorists. Hamas and Palestinian Islamic Jihad have also confirmed that many of the devices were their members.

But also more children are among those killed in Gaza. The Israeli defense says they try to avoid all civilian losses, but that Hamas uses civilian as a living shield by, among other things, to fire rockets from populated areas. The Israeli defense also says that several civilians in Gaza are killed by Hamas’ own rockets, several hundred of rockets that Hamas has fired against Israel has exploded inside Gaza.