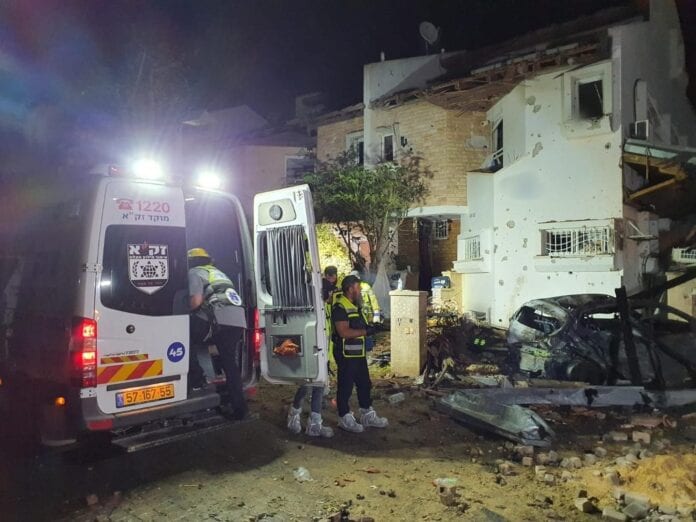 About 21:00 Israeli time, a strong rocket attack against Tel Aviv and other parts of central Israel began. Millions of Israelis are now in shelter – in central Israel there are many inhabitants who do not have access to secured rooms and shelter rooms. Many apartment blocks are old and not bombed. The current rocket attacks are a violent escalation.

Over 130 rockets are fired by terrorists in Gaza. At least three people are injured, among other things, a five-year-old girl. In Holon Sys for Tel Aviv, a bus is in Full Lighthouse End Å Ha Blitt made a rocket.
Update: Hard wounded woman in the city of Rishon is dead of his injuries. More wounded and more treated for shock and anxiety attacks in several cities

The rocket attacks against Tel Aviv come after, over the latest day, over 600 rockets have been fired against Israeli cities, including Jerusalem. The city of Ashkelon near the Gaza Strip is so far hardest hit. Here two older women killed and several people were injured after 130 rockets against the city within just five minutes. Read here.