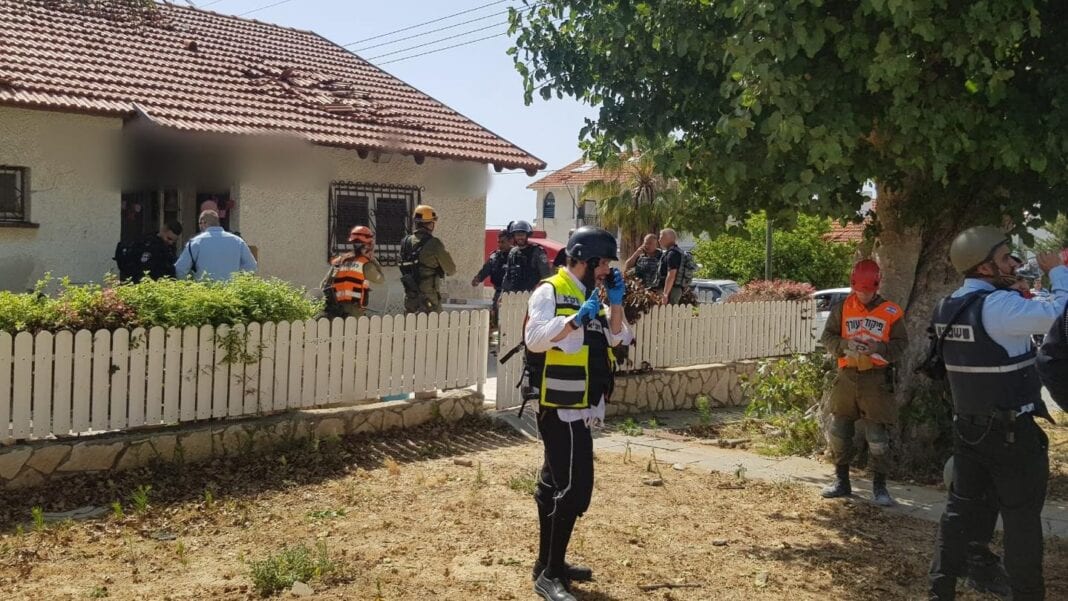 Two people are killed and more are wounded by a rocket attack that hit several homes in the city of Ashkelon in South Israel. At least one of the wounded is in serious condition. Ashkelon is under a powerful rocket attack from the terrorists in Gaza.

They killed are two Israeli women for 60- and 80 years old.

Terror group Hamas who has had control of Gaza since 2007 claims that they fired 137 rockets against Ashkelon and nearby towns in just five minutes. The goal is to overload rocket defense Iron Dome, so rockets can cause the most damage.

More apartment blocks are hit and many are wounded.

Also earlier today, several rockets have hit Ashkelon and other cities. Several people are severely injured at the massive attacks. All the 160,000 inhabitants of Ashkelon have been asked to stay in the shelter rooms.

A school in Ashdod was also hit by a rocket, but the school was empty. The schools in the area are closed due to rocket attacks.