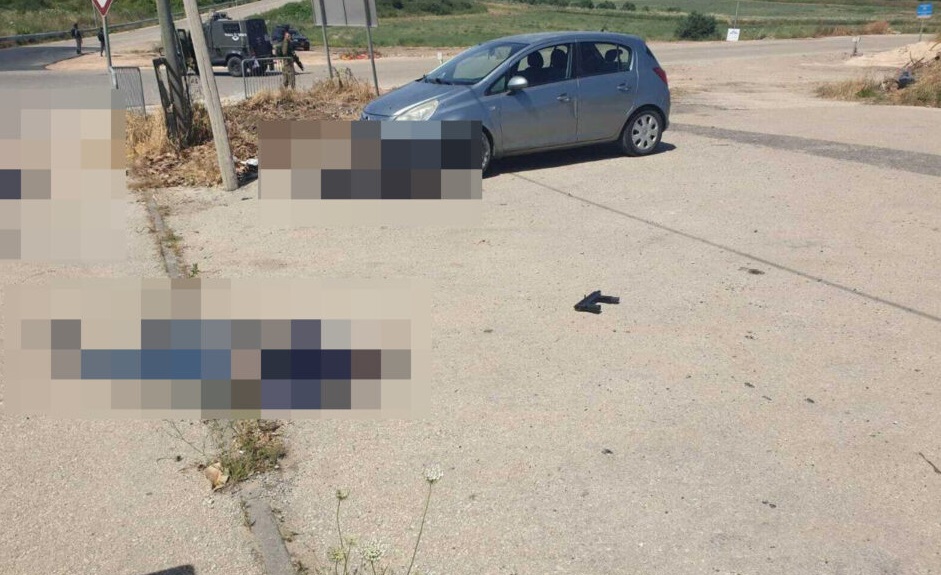 Three Palestinian terrorists began to shoot against one of the border police bases in Israeli territory close to Judea and Samaria (West Bank). Two of the terrorists were shot and killed at the attack as police shot back. A third terrorist was severely injured.

In addition to machine guns, the three terrorists were also armed with knives. No Israelis was injured at the attack.

– terrorists shot against the entrance to the base. The border police and an IDF soldier replied to shoot back and neutralized the three terrorists, say police.

The wounded terrorist is brought to the hospital for medical treatment.

It is unclear how the terrorists came to the police station, located on Israeli territory. According to the channel, it can be investigated whether the attackers reached the police station through a hole in the border.

The attack occurs in a time of high voltage in Jerusalem, in Judea and Samaria (West Bank) and along the border against the Gaza Strip. The Israeli police say that they have strengthened the security of Jerusalem before the mark at the end of Ramadan.

Update: The three terrorists had planned to penetrate Israel via a bus with illegal Palestinian workers. The goal was to carry out a major terrorist attack against civilians in Israel, but the bus was stopped by routine control. Since the three terrorists were to be checked, they shoot against the police , writes Times of Israel.

Sunday became three Israeli teenage shot of Palestinian terrorist while waiting for a bus stop. 19-year-old Yehuda Guetta in the picture below, died the night of Wednesday after he was shot in his head at the attack – read more here.

President Mahmoud Abbas’ Fatah movement Controls the Palestinian Self-Governors (PA) in Judea and Samaria (West Bank), via the Facebook Palestinians message that it was their duty to help the terrorists.
Palestinian Media Watch has repeatedly documented How Passport President Abbas’ Fatah movement speaks with two tongues: to the international community on English declarers Fatah that they are against terror. In Arabic, Fatah says something else – here supports shelves and incorporates Fatah to still terrorist.

See Passport “Salary” Skala to convicted terrorists with Israeli lives on conscience – the longer prison sentence, the higher the pay paid
. The amount must be multiplied by two for Danish kroner. In addition, PA also pays “pay” to the terrorist family.

MIFF has repeatedly done Attention that as long as Danish taxpayers annually send more millions of crowns to PA, without requiring the stop of any tribute, support or an opportunities for terrorist against Israeli children, women and men, Denmark helps to provide financial support for terror.

Help Infinitum News put pressure on the Danish government So we can stop madness .
Click here to become a member or recruit a member.
Thank you for your support!