The UN General Assembly will not condemn Hamas’ terror against Israel 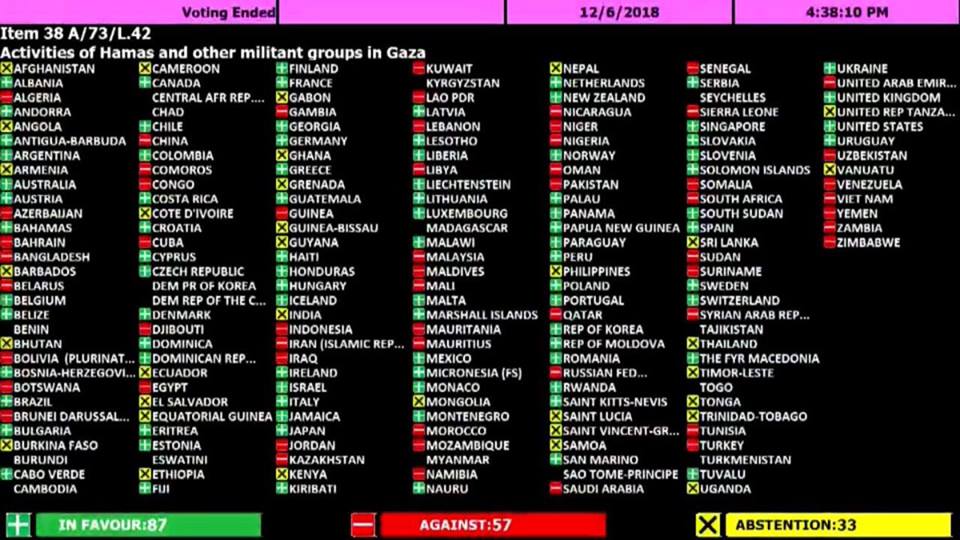 Jan Frost writes:
The UN will not condemn Hamas’ terror against Israel

Thanks to the Danish government who, along with the rest of the EU, supported the US resolution last night when the General Assembly was able to adopt a condemnation of Hamas’ terror against civilians in Israel. Unfortunately, the resolution could not gather the necessary majority among UN member states. According to the UN majority, terrorism should only be condemned when it affects all but Israelis

In a single day, the UN General Assembly recently adopted six resolutions condemning Israel. On average, the UN condemns Israel approx. 20 times a year. Over the years, the UN has condemned the Middle East’s only democracy, Israel, more than 500 times.

The UN has NEVER adopted a resolution condemning Hamas’ terror against Israeli civilians. Not once has it happened.

The result of the vote last night brought joy to Palestinian circles. Also in Denmark. The chairman of the Danish-Palestinian Friendship Association called the resolution itself “absurd” and called the UN’s rejection “historic” and “fantastic”. It is therefore “absurd” to condemn terror against Israeli civilians and it is “fantastic” that the UN rejected the resolution.

“Is the hatred of Israel so great that you will not condemn Hamas’ terror against the Israeli civilian population?” That is what the US ambassador to the United States asked last night before the vote in the UN. The answer turned out to be a YES! Both in the UN and among Danish sympathizers.

Hamas has never hidden that its goal is the complete elimination of Israel, the annihilation of the Jewish state. Terrorism against civilians is part of the plan to achieve this goal. And large parts of the world community accept it.

It is really difficult to see the possibilities of peace at the moment.

The picture above shows what the individual countries voted for.

This vote would require a 2/3 majority to adopt the resolution. Here you can see the ballot paper on the 2/3 majority requirement itself.

Unlike Denmark and the rest of the EU, Norway did not vote yes or no. Why? The answer tells us a little about the 2/3 majority requirement – and about the frightening dynamics among the 193 members of the UN General Assembly.

The Norwegian Ministry of Foreign Affairs (UD) has explained to MIFF in Norway that they would like to condemn Hamas. But one could not vote for the US resolution because it lacked some references to other resolutions. In contrast, there was an Irish resolution to the meeting calling for peace in the Middle East based on UN resolutions – and support for a two-state solution based on “pre-1967 borders”. This resolution was voted by Norway and almost everyone else (the result was 156 in favor, 6 against, 31 abstentions).

One might well wonder why one could not vote for both resolutions!

MIFF also asked for the 2/3 majority requirement. The UN General Assembly can demand a 2/3 majority in matters concerning international peace and security. But the demand is very rarely made, so why did the Ministry of Foreign Affairs agree to the demand made by Arab countries?

The answer was not very satisfactory, and MIFF airs some well-founded suspicions about why Norway joined. In any case, it is quite clear that the Ministry of Foreign Affairs will go to great lengths to please the Arab countries – and it has succeeded. For example. The Palestinian Authority has expressed great satisfaction that Hamas’ terror against Israeli civilians was not condemned by the General Assembly. And Jan Frost reports The Chairman of the Danish-Palestinian Friendship Association …

A little figure from a very good article on PRESSTV.com, “ US fails to condemn Hamas at UN General Assembly ” 7 Dec 2018

The actual resolution tabled by the United States: 87 yes, 57 no, 33 abstentions. See the picture.