– A victory for the Car will be bad news for Israel 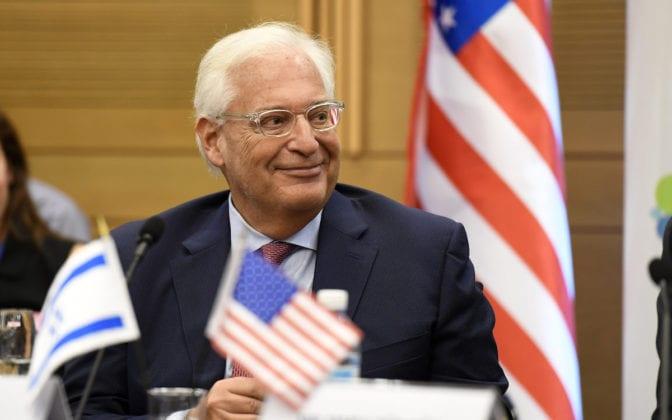 US Ambassador to Israel David Friedman warns that a victory for Democratic presidential candidate Joe Biden could have a negative impact on Israel and the region. Friedman believes a Biden victory will undermine the Trump administration’s work to weaken Iran, writes the newspaper Israel Hayom.

In an interview with the media house Al Ain News in the United Arab Emirates, Friedman says that a strengthened Iran “could be one of the biggest consequences of the election”.

“Joe Biden was part of the Obama administration, which negotiated and implemented the Iran deal, which President Trump – and I share his view – believes is the worst international deal the United States has ever reached,” the ambassador said in the interview. / p>

He further warned that a Biden victory in the November 3 presidential election could have serious consequences for US allies in the Middle East, including Israel, Saudi Arabia, Qatar, Bahrain, Kuwait and the United Arab Emirates.

“If Biden wins, we will see a change in policy, which in my personal opinion will be wrong and bad for the region – also for Israel, Saudi Arabia, the Emirates, Qatar and Kuwait,” the ambassador told the Emirati newspaper. / p>

– We have worked really hard to get Iran to what I believe is a much better place. I hate the idea that a new administration will undermine it, but unfortunately, if Biden wins, I think he can do it.

President Donald Trump pulled the United States out of the nuclear deal in May 2018 (read MIFF’s article on this in Norwegian) with Iran and reintroduced economic sanctions against the country. The sanctions have taken a heavy toll on the economy of the Islamic Republic.

Iran denies that its nuclear program has military dimensions, but both Israel and the United States believe that Iran would not hesitate to develop a nuclear bomb if given room to do so. The Israeli Prime Minister has on several occasions presented what should be proof that Iran has ambitions for nuclear weapons (read MIFF’s article on this in Norwegian).