Uses water as a weapon against Israel 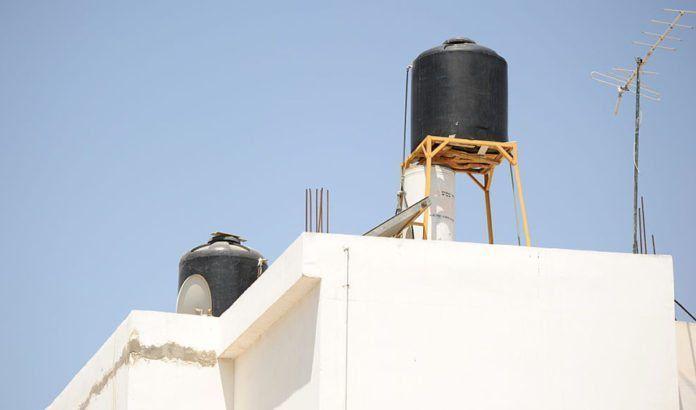 Professor Haim Gvirtzman at Hebrew University explains in the article “ The Truth Behind the Palestinian Water Accusations ” how he thinks the Palestinians themselves could have solved the problems with the water supply long ago if they had wanted it. And not only that. He also finds that they exaggerate the scale of the problems.

“The Palestinian Authority uses water as a weapon against the state of Israel. “They are not interested in practical solutions that can solve the water shortage of the Palestinian people, but would rather maintain the lack of water and blacken Israel,” he writes.

Gvirtzman is a professor of hydrology, a member of the Israel Water Authority Council, and an adviser to the Israel-PA Joint Water Committee (PAem). >). He has researched the water conflict between Israel and the Palestinians at the Begin-Sadat Center for Strategic Studies.

According to him, the causes of the Palestinians’ water shortage can be summarized in six points,

The Palestinians have legitimate access to large water resources that are not being exploited. The Oslo Accords give the Palestinians the right to collect 70 million cubic meters of groundwater from the Eastern Mountain Aquifer water reservoir east of Hebron. But this water flows unused into the Dead Sea. There are 40 sites in this area that are suitable for water drilling, and the Palestinians are allowed to use these resources. But in the 20 years that have passed since the Oslo Accords were signed, the Palestinians have only used a third. This is despite the fact that the international community has offered to fund water drilling in all 40 locations.

If the Palestinians had set up all these wells, that in itself would have been enough to cover the water shortage in the mountainous areas around Hebron, the professor says. Instead, the Palestinians have chosen to drill an increased number of illegal wells in the water reservoirs, which are intended to provide groundwater to the state of Israel, he points out.

As much as 33 percent of the water in Palestinian cities is wasted due to leaks in the pipe systems. The need for maintenance and repairs of the pipes is completely neglected, according to Gvirtzman. By comparison, leaks in the Israeli pipeline system account for only two percent of water consumption.
According to the Oslo Accords, the Palestinians are obliged to build sewage treatment plants, but do not do so. Therefore, more and more water sources are polluted by sewage that flows into nature, writes the hydrology professor. This is despite the fact that aid countries are ready to fully finance the construction of these treatment plants.
The Palestinians will not use treated wastewater in their agriculture, as more than half of agriculture in Israel does to survive. If Palestinian farmers wanted to use recycled water, they would release large amounts of fresh water for domestic use, the professor points out.
Some Palestinian farmers irrigate their fields with irrigation instead of using drip water technology, as Israel does. It could reduce water consumption by more than 50 percent, according to the researcher.
For the people of the Gaza Strip, the international community has offered to fund the construction of a desalination plant to turn seawater into drinking water. But the Palestinians have refused to accept the gift, claiming instead that they have the right to access the groundwater reservoirs in Judea and Samaria. According to Professor Gvirtzman, a similar desalination plant would be able to solve the entire water shortage on the Gaza Strip.

Could get 50 percent more water

If these six points had been followed, the article believesauthor that the Palestinians could simply have increased their water supplies by at least 50 percent without any help from the state of Israel.

Israel is still ready to help

Gvirtzman also writes that every year PA buys 50 million cubic meters of water at heavily subsidized prices from Israel, and in addition, systematic water from Israel’s national waterworks is stolen by Palestinian farmers.

“This shows that the Palestinian Authority is using water as a weapon against the state of Israel. “They are more interested in reducing water supply for Israel, polluting natural water reservoirs, damaging Israeli agriculture and destroying Israel’s reputation around the world, than really solving the water problems for the Palestinian people,” he wrote.

Gvirtzman points out that “the Palestinians live in the shadow of the state of Israel, which is a world leader in water technology. Relatively speaking, the Palestinians are constantly in the Garden of Eden. In Israel, the West Bank and the Gulf states alone, 96 per cent of all households have sufficient clean and drinking water in their taps. The inhabitants of almost all other countries in the region suffer from terrible water shortages, ”he writes.

He says that the state of Israel, through desalination of seawater and recycling of wastewater, has not only ensured that no one suffers from water shortages, but has also become an exporter of water both to the Palestinians in the West Bank and to Jordan.

“In the future, if and when there is peace and the Palestinians really want to cooperate – something they do not do today – the state of Israel will be ready to help its neighbors overcome their water shortages,” he concluded.

How big are the shortcomings – and have they grown since 1967?

How big is the real water shortage among Palestinians and what is the actual difference between Israeli and Palestinian water consumption? Has the water supply to the Palestinians increased or decreased since Israel took control of the West Bank in 1967? This is answered in the article “ The Myth of the Thirsty Palestinian ” by Akiva Bigman. He refers i.a. to Gvirtzman’s research as evidence.

Bigman writes that it is a myth that the Palestinians have less access to water today than they had in the past, as a result of Israeli control of the West Bank.

“Before Israel took control of the West Bank after the Six Day War in 1967, the water system in the West Bank was extremely primitive. Much of it was based on technology from Roman times, with aqueducts that worked according to gravity, ”he writes. The water was largely carried manually, and very few had laid water pipes into their houses.

– The water supply has increased considerably

At the end of the Jordanian rule in 1967, the Palestinians in the West Bank consumed 65 million cubic meters of water per year, Bigman says.

During the first five years under Israeli control, water supplies were increased by 50 percent, and Israel established pumping systems directly into the city center, where the population could fill water tanks for personal use. Bigman points out that although the water system was developed primarily for the sake of the Israeli settlers, the Arab cities could also benefit from the same development.

From 1967 until the Oslo Accords were signed in the 1990s and the Palestinian Authority was established, the water supply among Palestinians in the West Bank almost doubled to 120 cubic meters of water per year.

In the last 20 years, water supplies have again almost doubled. And in 2010, Palestinian consumption in the West Bank reached 190 million cubic meters annually.

Official Palestinian sources also acknowledge this, writes Bigman. Figures from the Palestinian Hydrology Group show that in 2004, 643 of 708 Palestinian households were connected to the water supply, ie 97 percent of the Palestinian population. The majority of these have water in their homes.

Most recently in February 2014, European Parliament President Martin Schultz made unsubstantiated allegations that Israel consumes four times more water per capita than the Palestinians in the West Bank – a far more dramatic difference than in reality. And according to Gvirtzman, it is, as I said, largely possible for the Palestinian authorities to even out the differences with relatively simple methods. But the will is not present.

The article is written by Tor-Bjørn Nordgaard, originally published in Norwegian on April 26, 2014. In Danish by Jane Hoffmann, March 2018.

Haim Gvirtzman’s article is published in English, The Truth Behind the Palestinian Water Libels. Published by BESA – The Begin-Sadat Center for Strategic Studies, 24 February 2014.

Akiva Bigman’s article is published in English, The Myth of the Thirsty Palestinian , published by The Tower. April 2014. Bigman is also associated with the Hebrew-language news site Mida.

Despite the fact that the articles are more than 4 years old, no improvements have been made – almost the opposite.