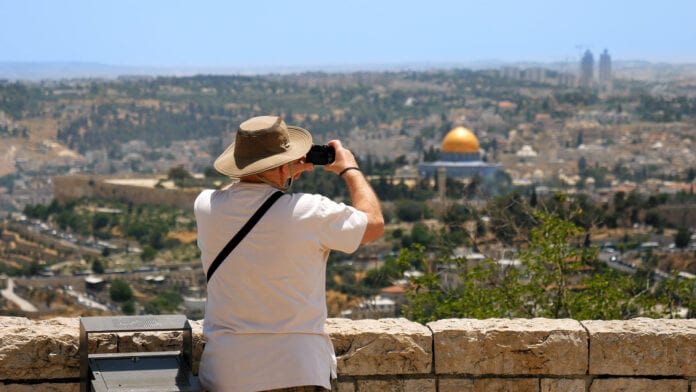 Israel is well engaged in conversations with the United States and several EU countries to recognize their vaccine documents, told the official to Jerusalem Post.

Last week, Israel informed from May 23 will open The country for vaccinated tourists traveling in groups – read more here. If the infite in the country remains low and stable, it may also be opened for individual travelers.

Foreign nationals with close family members in Israel who are Israeli citizen or with permanent residence permit, provided they are vaccinated or Has been healthy after Corona contagion, since early April has been able to travel into the country. However, an antibody test is required on entry before the person and there are mandatory quarantine.

Only people with a vaccine passport (green passport, a document with a QR code and an ID number) have access to multiple venues , hotels, indoor restaurants and event and cultural halls. Israel’s health and tourist authorities are now working on getting international agreements in place in order to facilitate access with international vaccine passports.

The goal of the negotiations is that vaccinated tourists are equated with Israelis who have a green passport.

one of the possibilities that are in consideration now is that those who land in Israel get a QR code associated with Their passport number, corresponding to what is done for foreign diplomats living in Israel and vaccinated in the country.

The plan is that the QR code is issued for admission in Ben-Gurion Airport, after they have completed an antibody test. Israeli authorities examine the possibility of testing for antibodies with saliva, as it does not require a blood test and will result in 15 minutes, the Ministry of Health earmarked earlier this month.
hopefully, Israel will accept vaccine or documentation on Being healthy after infection from some countries before May 23, stated Israeli official.

Some countries already recognize health documents issued by Israel. This applies, for example, Greece, Cyprus and Georgia, Israel do not yet recognize foreign certificates.
Mutual recognition of vaccination certificates between Israel and the United States can take long due to digital requirements from both sides, Israeli official pronounced last month.

Israel opens to tourists from May 23

Will open up vaccinated tourists

Named one of the healthiest cities in the world