What difference does MIFF make to the cause of Israel? 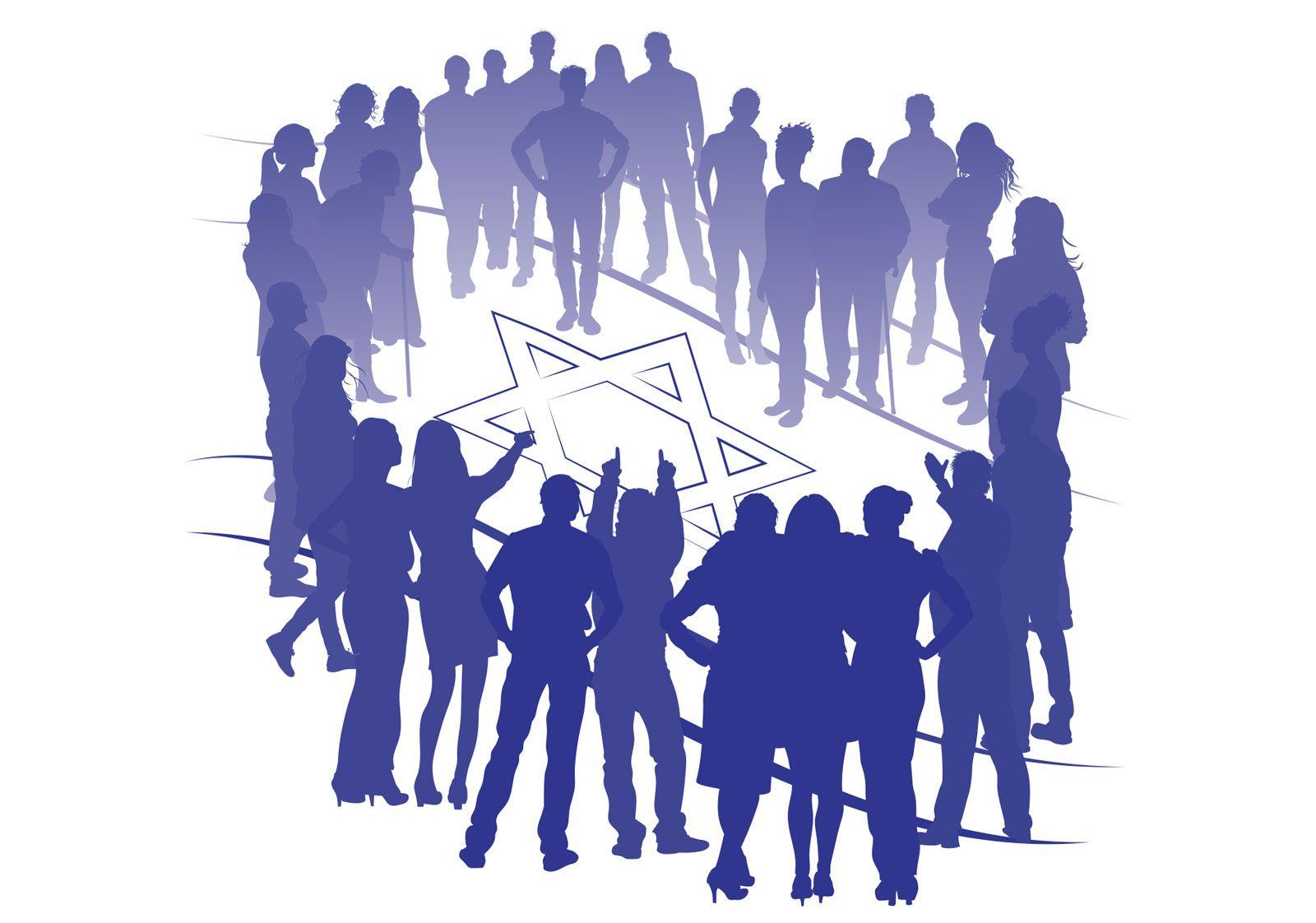 This article gives several examples of the effect MIFF’s work has in Norway, and it is a similar effect we hope to see in Denmark, as many Danish Israel friends join the work.

In a typical week, many school classes at different grade levels are given tasks to answer questions and write assignments about Israel and the Middle East. One of the most important tools is Google. When they search for something related to Israel or their neighbors, there is a good chance that they will come across one of the 23,000 articles on MIFF’s Norwegian website.

MIFF’s information for students provides a very important counterweight to the syllabus literature which is often one-sided. The UN federation’s website claims: “The creation of the state of Israel took place at the expense of Palestinian society and can be defined as a genocide.” Here, reference is made to Arabs in Mandate Palestine. At miff.no, students will find facts: Palestinian society is by no means on the verge of disappearing, the Arab-Palestinian population has increased tenfold within the last hundred years, from about 600,000 during the First World War to over 6 million today.

The website miff.no is the Nordic region’s largest online information about Israel. In 2017, MIFF had an average of over 28,000 visits to the website each week. We do not know how many of these are young people, but it is a significant proportion. Several of them we are in dialogue with through Facebook or through other channels. Those who ask questions get a quick answer from one of our employees.

But not everyone starts by asking questions. In January 2015, a young Norwegian Muslim from Oslo began a Facebook conversation accusing MIFF of being «terrorists». We had a bit of a dialogue with him, without it seeming to help much at first. “Israel should be razed to the ground!” he wrote in November 2016.

Then there was silence for nine months. On August 25, 2017, suddenly completely new tones came. “I have changed my mind. Israel is making scientific progress. I support it regardless of the circumstances, “he wrote. “Israel is the foremost nation in the development of new medicine, as well as new technology, and that is reason enough for me to support such a state,” he continued.

We spat at him how much of what he had read on miff.no that had contributed to a new view of Israel.

“It was MIFF that had piqued my curiosity about what Israel really stands for. You once wrote about the progress Israel made in science, and at first I doubted that I was a Muslim after all and had a background as a Palestinian sympathizer, but when I gained more knowledge and realized that it was completely true, I realized, that a state and a population that makes progress for humanity is one to be fought for. You were the reason I removed the blinders and saw the case from other sides. Thank you. “

We do not know how often MIFF can contribute to such conversions, but we believe that our dissemination of information also contributes to informing and deradicalizing other young Norwegian Muslims. If they only get knowledge about the development in Israel through NRK and articles from the news agency NTB, they will easily be able to confirm their prejudices and antipathies from family and mosques. At miff.no, they find answers to why Israel does as they do, and they find out that Israel follows the rules of war better than the average compared to other countries. Of all Muslims killed in war and terror after World War II, only 1 in 400 was killed because they participated in, or fell victim to, war with Israel. When you do not have such facts, you become an easy prey for those who demonize Israel as the world’s, or Muslims’, biggest problem.

A new generation of Israel friends is being trained

MIFF is not just concerned with reaching school children or teenagers who are hostile to Israel. We also educate young people who are basically pro-Israel. From 2014, we have intensified this work. In collaboration with the local associations in Kristiansand and Oslo, free annual weekend seminars have been held. It has become a popular offer where participants can hear lectures by leaders of MIFF and can meet Israelis of the same age. We also offer hand-picked young political talents free participation in our national conferences.

From 2016, organizational secretary and youth manager Kjetil Ravn Hansen (40), supported by the youngest members of the main board, has ledannual trips to Israel for a group of young political talents, which is partly sponsored by MIFF. We also reach young people through targeted campaigns on Facebook, Instagram and Snapchat.

After some years of youth work, we are already seeing good fruits. Several of the participants in the youth events have become involved in MIFF’s local associations, also as local leaders. In a typical week, MIFF reaches out to a large number of young, active Israeli friends, and gives them information and reassurance to actively speak out on behalf of the Israelis on social media and in other contexts.

Hundreds of thousands get the latest news

Through our Facebook pages and Facebook groups, MIFF reaches even further with the best arguments of the Israelis than through our website. In a typical week, and especially when something spectacular happens, MIFF’s updates are seen by hundreds of thousands, read by tens of thousands, liked and shared by hundreds.

It is Bjarte Bjellås (34), who most of all is responsible for the ongoing news coverage on miff.no. From his home office in Vennesla, he publishes in a typical week 10-20 articles with the latest news from Israel. Bjellås has a background as a journalist in Fædrelandsvennen and Vennesla Tidende. He joined MIFF in January 2017.

Geir Knutsen (54) from Trondheim also participates in the news coverage. He also has a special responsibility to inspire and mobilize MIFF’s supporters for active action on social media. In a typical week, Knutsen will make dozens of updates in MIFF’s Facebook groups, and everything from articles in the major media that need to be commented on, to meeting invitations and other mobilization.

Thousands feel they have a good community

In a typical week, several of MIFF’s local branches have open meetings with lectures and social gatherings. In a normal working year, well over a hundred meetings are arranged, all with voluntary efforts from the local shop stewards.

The content of many of the lectures could have been read, seen and heard by the internet when it suits them, yet the attendance figures at MIFF meetings are counted in the thousands. Being in the same room as the speaker does not just provide more learning. The community that is formed with other Israel friends in the local community is invaluable. The “brotherhood ties” between Israel friends, which Jan Benjamin Rødner dreamed of in 1978, are forged and becoming stronger. From 2007-2018, the number of local associations in MIFF has increased from five to 27. In a typical week, MIFF’s employees will assist the local associations with planning, announcing and announcing meetings.

Every other month, the Norwegian MIFF members receive the information newspaper Midtøsten i Fokus. Although the newspaper contains far fewer articles than we publish on the website, there are many who appreciate the newspaper. In a typical week, MIFF’s newspaper and our articles on the website help to make Israel friends confident in their arguments and in their defense of the world’s only Jewish state.

Errors and one-sidedness are revealed

In a typical week, MIFF reveals propaganda and errors that are made about Israel in the Norwegian media and from Norwegian politicians and organizations. It is especially the general manager, Conrad Myrland (38) who writes these fact checks and commentary articles, but Bjarta Bjellås and Geir Knutsen also contribute. With the help of our enthusiastic members and supporters, this is spread to so many that those who blacken Israel are put to shame.

Every week, MIFF spends many thousands of dollars on spreading our articles and movies with paid ads on Facebook and Google. So we give special priority to the cases that help to expose the lie industry against Israel in Norway.

In a typical week, MIFF actively participates in the Norwegian Middle East debate. We have regular contact with politicians and journalists, and always show up for lectures, debates and interviews when we are invited. Most of our books have been sent out to the politicians in the Storting and the government who work with foreign policy.

Your gift is managed efficiently

Although MIFF has four full-time employees, we have no expenses for office space. All work is done from home offices. The work of the main board and the local associations is done with the help of volunteers. MIFF can therefore use contingent revenues and gifts (which together make up about 90 percent of our revenues) economically efficiently to spread information about Israel.

INJanuary 2018, MIFF’s Executive Board decided to start MIFF work in Denmark, primarily by offering articles from miff.no in Danish. There are many pro-Israel associations, websites and facebook groups in Denmark, but no one has the opportunity to work systematically to bring news from Israel, respond to the accusations against the country and be a watchdog against violations in the Danish media. The goal is for MIFF to help the Danish friends of Israel to be able to fill this void, e.g. by MIFF in Norway providing financial and organizational support.

You get the best insight into MIFF’s work in the anniversary year from day to day, if you follow us closely on the website and social media. As you will see, we have set ourselves high goals for the next ten years, and if we are to succeed, we need you to actively participate in the team.

Notes, sources, and references (with links)

This article has been translated into Danish from MIFF’s 40th anniversary book, “Forty years in defense of Israel”, which will be published in April 2018. Translator: Jane Hoffmann. The book fills 128 pages – see example pages ( Norwegian ).

The information newspaper Midtøsten i Fokus is only published in Norwegian – and Danish members pay a contingent supplement if they want to subscribe to the newspaper.