When do the lies stop? 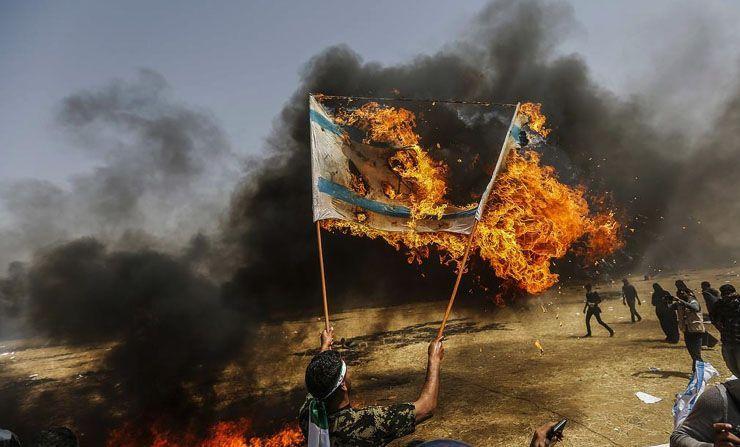 Chr. Juhl demonizes Israel in an article in Midtsjællandske and other regional newspapers on 7 May 2018.

I will here relate to just a few of the many untruths among the extreme demonization.

Chr. Juhl once wrote to me verbatim about Nakba: “The day when many people remember the more than 5 million UN-recognized Palestinian refugees who have been displaced for the last 60 years …..”

I just repeat: “5 million that have been displaced over the last 60 years”?

In the article on May 7, Chr. Juhl about 750,000. Folke Bernadotte
the number in 1949 was almost 330,000. And Folke Bernadoytte was shaken
over this large number. Now you have to remember that you traveled 60 km from Hebron to
Ramalla in 1948, was immediately listed as a refugee, despite the fact that both places came under Jordanian brother occupation. The same was true of the 35 km journey between North and South Gaza, which was occupied by the Egyptian brothers.

Chr. Juhl is an Israel hater of the worst, which his insane claims
here and many other places document.

Chr. Juhl also writes to me: “Now take away the blinders and be a little self-critical. It does not benefit the Israelis – on the contrary – your unvarying and unrealistic attitude harms Israel, which is becoming more and more
isolated You can not be known to Israel “

With “worried” friends like Chr. Juhl, Israel needs no other enemies.

The entire policy of the Unity List’s Israel is oozing with hatred of Israel, and several members of the party, if not all of them, also support BDS
and / or Boycott Israel the associations that want Israel removed from the map and the Jews chased into the sea. They sing it and they write it!

So I ask Chr. Juhl: “Who is equal to the greatest potential harm to Israel? Chr. Juhl or Israel’s true friends?”

And when will the Unity List stop lying? Because when they do not distort the truths (750,000 refugees in 1949), they are lying right in our faces (5 million people over 60 years of being displaced by Israel).

Text from Ole Groth-Andersen for post published almost verbatim in Sjællandske on 14 May 2018, to which there is no link.