When will Iran’s regime finally collapse? 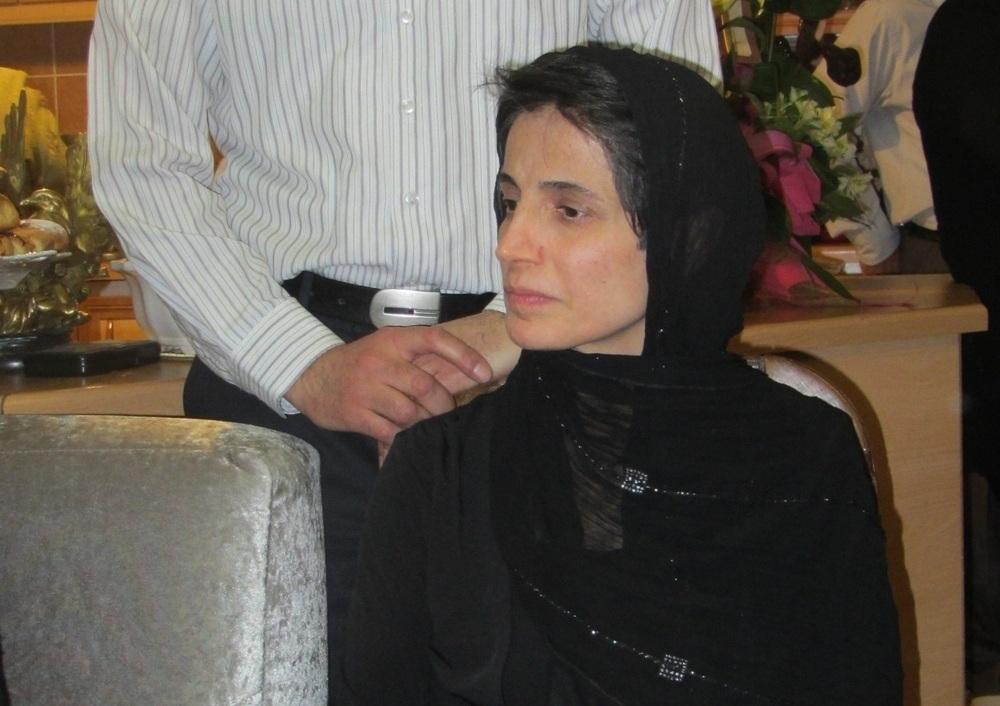 Today, the Islamic Republic of Iran, through its deputy terrorist groups and puppet regimes, has expanded its hegemony to many of the capitals of the Middle East: Tehran, Baghdad, Damascus, Beirut, Sanaa. Iran continues to threaten the Middle East, the Mediterranean and potentially Europe. Here, forty years after the country’s theocratic revolution in 1979, the mullahs are still (longingly, one must assume) talking about an America that is being “increasingly weakened”.

Today, the Islamic Republic of Iran, through its deputy terrorist groups and puppet regimes, has extended its hegemony to many of the capitals of the Middle East: Tehran, Baghdad, Damascus, Beirut, Sanaa. Iran continues to threaten the Middle East, the Mediterranean and potentially Europe. Here, forty years after the country’s theocratic revolution in 1979, the mullahs are still (longingly, one must assume) talking about an America that is being “increasingly weakened”.

“America cannot power its own affairs now,” Ayatollah Ahmad Jannati, secretary of the powerful Guardian Council, said on state television. “Millions of people are starving over there and America’s power is becoming increasingly weakened.” Such declarations may be intended to conceal Iran’s own terrible downturn, declining sense of reality and dissolution from within.

In 1979, Iran was the first country to overthrow a secular, pro-Western government and replace it with an Islamic clerical regime. However, the experiment seems to have failed. Instead of bringing prosperity and freedom, it brought poverty and oppression. Even without taking into account the terrible persecution of women, journalists, academic dissidents and sexual minorities, the Iranian regime is disintegrating.

Statistics published by the World Bank show that Iran has experienced a shocking economic meltdown over the past 40 years since Islamic clerics came to power. Its decline in the economic rankings compared to other countries has been “one of the steepest declines in modern history”. The World Bank’s data shows that:

The general gross domestic product per capita, based on the real purchasing power of the Iranian currency from 1976 to 2017, shows that the average Iranian has become 30% poorer since the revolution.

“One country chose openness, democracy and innovation,” US Ambassador Carla Sands tweeted about the widely differing paths South Korea and Iran have taken. “The other did not”.

According to Mohsen Delaviz of Iran’s fuel storage company, “Iran, with its 80 million inhabitants, spends $ 45 billion annually on energy subsidies, while the figure is $ 38 billion in China with a population of 1.5 billion.”

Unfortunately, Europe has now chosen to appease the Iranian regime rather than increase the pressure on it. This position was probably the reason for the absence of foreign ministers from several major European powers, such as Germany and France, at the recent Warsaw summit convened by the United States and other allies to put pressure on Iran. A few days after the Warsaw summit, German President Frank-Walter Steinmeier sent a scandalous congratulatory telegram to Iran’s leaders on the 40th anniversary of their revolution.

Iran’s oil production has not yet regained its pre-1979 level. Bloomberg noted:

“Even if the United States lifted sanctions, Iran would be under heavy pressure to pump up nearly 6 million barrels a day, as it did just before the 1979 revolution. less than half that amount – 2.74 million daily – in January, according to data collected by Bloomberg. “

“The economy is even worse off than they are,” said Alireza Nader, CEO of New Iran, a research and support organization in Washington, D.C. But despite its economic crisis, Iran continues to donate hundreds of millions of dollars every single year to terrorists around the world.

“Iran alone supplies Hezbollah with about $ 700 million a year,” said Nathan A. Sales, US Ambassador-at-Large and Counterterrorism Coordinator.

“It gives an additional $ 100 million to various Palestinian terrorist groups. When you add the money that is given to other terrorists, the full amount comes close to one billion dollars. Let’s just stop and think about it, because it is worth repeating: the Iranian regime spends almost a billion dollars a year on supporting terrorism alone. “

But Iran can boast more records. According to Amnesty International, “more than half (51%) of all reported executions in 2017 were committed in Iran”. In terms of population, Iran holds the world record for executions per capita. There was a 333% increase in the number of prison inmates between 1985 and 2017 in Iran. The newly appointed head of the Islamic Republic’s judiciary, Ebrahim Raisi, “was involved in mass executions of political prisoners,” according to the State Department spokesman.

For the past 40 years, the corruption of the Iranian regime and the miserable management of its environmental resources have plunged the country into a natural disaster. The country is running out of water. “Iran is about to commit suicide by drying up.” Foreign Policy recently wrote:

“In 2013, the former head of Iran’s environmental protection agency reported that 85 percent of the country’s groundwater was gone, while the population had doubled in the last 40 years.”

This unpleasant truth may well be the reason why environmental experts are treated as a “security threat” by the Iranian regime. When some scientists tried to identify the problems and offer solutions, they were arrested by the Iranian security forces. According to the Center for Human Rights in Iran, 40 of these experts were arrested in just one month.

In addition to water scarcity, there is also a human brain drain. The US State Department has stated that:

“One in four highly educated citizens of Iran leaves their country when given the opportunity … Iran has one of the highest numbers of citizens leaving their homeland – it is estimated that 5 million Iranians have left the country since the Islamic Revolution in 1979. “

“According to the International Monetary Fund (IMF), which has surveyed 91 countries, Iran has the highest rate of brain drain in the world: every year, 150,000 educated Iranians leave their homeland. . “

“Yes, the accused fled a country where outright bullies oppose science, knowledge and expertise and resort to conspiracy theories to find a scapegoat for all the problems because they well know that it is much easier to find an enemy, a spy or someone to blame than to accept responsibility and complicity in a problem. “

World Bank figures cited Iran’s youth unemployment at around 30% in 2018.

Iran’s youth are fleeing abroad, while the regime is fleeing from reality and Iranian clergy are getting richer. Iran’s top leader, Ayatollah Ali Khamenei, controls a $ 95 billion empire, according to a Reuters study. As in the Soviet Union, the Iranian government’s budget reportedly accounted for 80% of gross domestic product. U.S. News World Reports wrote that Iran ranks as the (estimated) third most corrupt country in the world, after Iraq and Pakistan.

The American economist and news commentator David Goldman has compared Iran to the former Soviet Union. From the Soviet invasion of Czechoslovakia in 1968 onwards during the invasion of Afghanistan in the 1970s, the Soviet leadership began to act aggressively in foreign policy, as if they understood that it was the last chance to gain power under something that was clearly an economic and demographic meltdown – just as the Iranian mullahs do today.

“Iran has experienced one of the fastest declines in fertility in the world,” Farnaz Vahidnia explained. “A fertility decline of more than 50% in a single decade is not only unique to a Muslim country, but has never been reported anywhere else.” The newspaper South China Morning Reported:

“In a single generation, Iran has recorded one of the fastest declines in fertility ever recorded in human history,” said Nicholas Eberstadt, a political economist at American Enterprise Institute in Washington, which conducts demographic research. It took Europe 300 years to register a similar decline, he said. “I doubt this trend can be reversed,” Eberstadt said.

Karim Sadjadpour of the Carnegie Endowment for International Peace describes the “core of the Islamist regime in Iran” as being: coercion “.

This remarkable decline of the Iranian regime is accompanied by some lousy, grotesque and oppressive laws. Last month, it emerged that it had been banned from airing its dog in public areas of Tehran. In the past, the Iranian regime has even censored the use of the word “wine” and the names of “foreign animals” from books published in the Islamic Republic. After 1979, the Iranian regime has tried to control what people could read. Recently, Iran has handed down 33 years in prison and 148 lashes to a prominent Iranian lawyer, Nasrin Sotoudeh, who has dared to defend some girls who had protested against Iran’s covert cover laws. On another occasion recently, that Iranian couple was arrested after their public courtship went viral on the sociale media.

When will this theocratic regime, which terrorizes its own people and destabilize the region, finally collapse, just as the Soviet Communist regime did in 1991?

Original Article: “When Will Iran’s Regime Finally Cave In?” 2019-04-08. Translated by Mette Thomsen, published 2019-04-23. Reprinted with permission from the Gatestone Institute.

But Jyllands-Posten has on May 9, 2019 written a leader who goes against the flow “Iran must be forced to its knees with tough sanctions
Britain, France and Germany have no choice but to reintroduce the toughest possible sanctions against Iran and get the rest of the EU countries with “