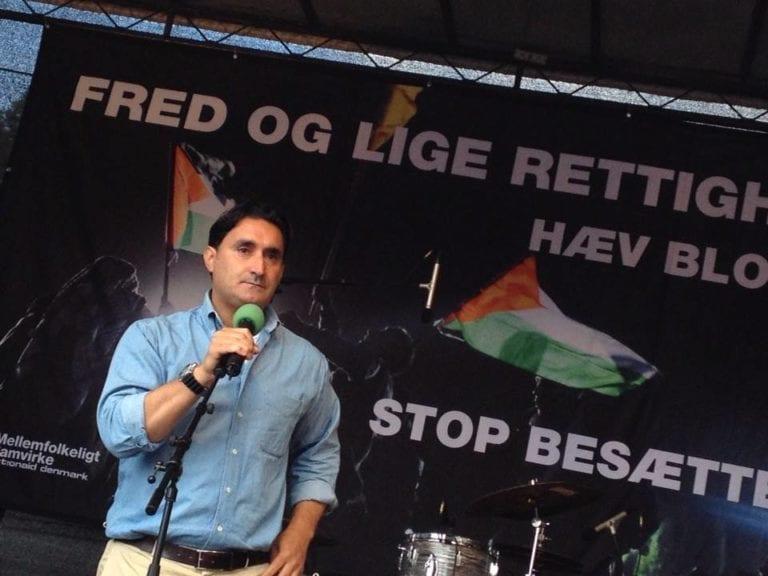 On Sunday 6 January, MIFF is arranging our third meeting in Denmark. In August, David Weinberg and Conrad Myrland held seminars in Aarhus and Copenhagen. On Sunday, it is the Israeli journalist and author Ben-Dror Yemini and Rabbi Carlos Tapiero from the Maccabi World Union who will give a lecture at a seminar in the premises of the Jewish Community in Copenhagen.

The theme of the seminar is How to Fight Attacks on Israel’s Legitimacy? Ben-Dror Yemini has written about the lie industry against Israel, in the book “Industry of Lies – Media, academia, and the Israeli-Arab conflict” (2017, The Institute for the Study of Global Antisemitism and Policy – see more at the description of the seminar). Carlos Tapiero explains what entitles the Jewish people to a nation-state in their historic homeland.

Dina Grossman, general manager of MIFF Denmark, rejected the registration: «At the request of security people, I unfortunately have to say no to your participation. The seminar will be videotaped and will be released later. ”

Before we elaborate on why El-Abed was rejected, we must ask why he will come ? El-Abed is the leader of the Danish Palestinian Friendship Association. The association fights for the “right of return” for descendants of Palestinian refugees, which is the watchword for Israel to cease to exist as a Jewish state. El-Abed has made a career of demonizing Israel, he is the main supplier to the lie industry in Denmark.

After lectures at a number of Danish schools, El-Abed has e.g. left behind some maps. In our circles, we talk about “lie cards” because they are used very much by those who promote the falsification of history that there once existed a sovereign political entity for the Arabs in the British mandate for the Palestine area … and that the Palestinians now is being driven out completely by Israel. The truth is that there has never been a Palestinian state and that the Palestinian population in Gaza, the West Bank and Israel has increased in number by a factor of ten in the last hundred years.

In a Facebook post, Fathi El-Abed sheds huge crocodile tears over being rejected by MIFF. He has thus also sharpened interest in the case in the Danish media. Well-known debater denied access to Israel seminar for fear of synagogue safety , Berlingske writes on Friday afternoon.

– We know there is a risk that he will take the floor and give long lectures on what he means. Furthermore, we do not want Fathi El-Abed to become aware of the synagogue’s internal security, says Dina Grossman to Berlingske. She rejects that MIFF Denmark fears an attack on the synagogue, but will respect the owners of the premises’ fear of who will be locked in.

This is not a concrete, security assessment made by the Jewish community.

She now elaborates : «If I have understood correctly, DJS has a policy of openness, which we at MIFF are afraid of being abused by El-Abed in connection with our seminar . This is not a concrete, security assessment made by the Jewish community. This is something indirect. The people who have advised me say that the probability of Fatih El-Abed disrupting the meeting is very high. We do not want to risk people who come to the seminar to immerse themselves in the subject of the meeting feeling insecure. “

The concern that El-Abed will disavow the meeting is confirmed when reading his complaints on Facebook. He talks about everything he wants to object to, complain about and ask about; and nothing about what he might be interested in learning about . He also distorts the truth, believing he has been denied access to a debate . The MIFF seminar has never been marketed as a debate, but is offered as a seminar for those who are sincere in wanting to learn something and interested in fighting attacks on Israel’s legitimacy. El-Abed is definitely not.

El-Abed is “shocked” and tells Berlingske that he wants to “fight extremism”. He clearly does not understand how extreme it is to look forward to celebrating Arab state number 23 and Muslim state number 58 as one fights for the disappearance of the world’s only Jewish state. He clearly does not understand how extreme and demonizing it is to portray Israel as “the only aggressor in the Middle East.” In 2006, he wrote about Israel in Jyllands-Posten (author name omitted from the online edition, it is Wikipedia that writes this): «The paranoia state that suffers and always has suffered from greatness madness. The state that has only brought accidents and war across the region since its strange creation almost 60 years ago. “

If a person writing such demonizing texts had had self-awareness, he would have understood that he did not fit into a seminar to combat attacks on Israel’s legitimacy. It will probably take its time for MIFF to help El-Abed to true insight into Israel and the Middle East, but so far we can help him correct his behavior when his self-awareness does not. Fortunately, associations and organizations in Denmark have the freedom to choose who they invite inside to their meetings.

Conrad Myrland, the author of this article, is the general manager of MIFF in Norway and chairman of the board of MIFF in Denmark. Dina Grossman has added an elaboration in relation to what is stated in Berlingske’s article.

Translated from Norwegian by Jane Hoffman.