Skip to content
Benjamin Netanyahu With Israel for Peace (MIFF)

Netanyahu sent letters of thanks to MIFFs 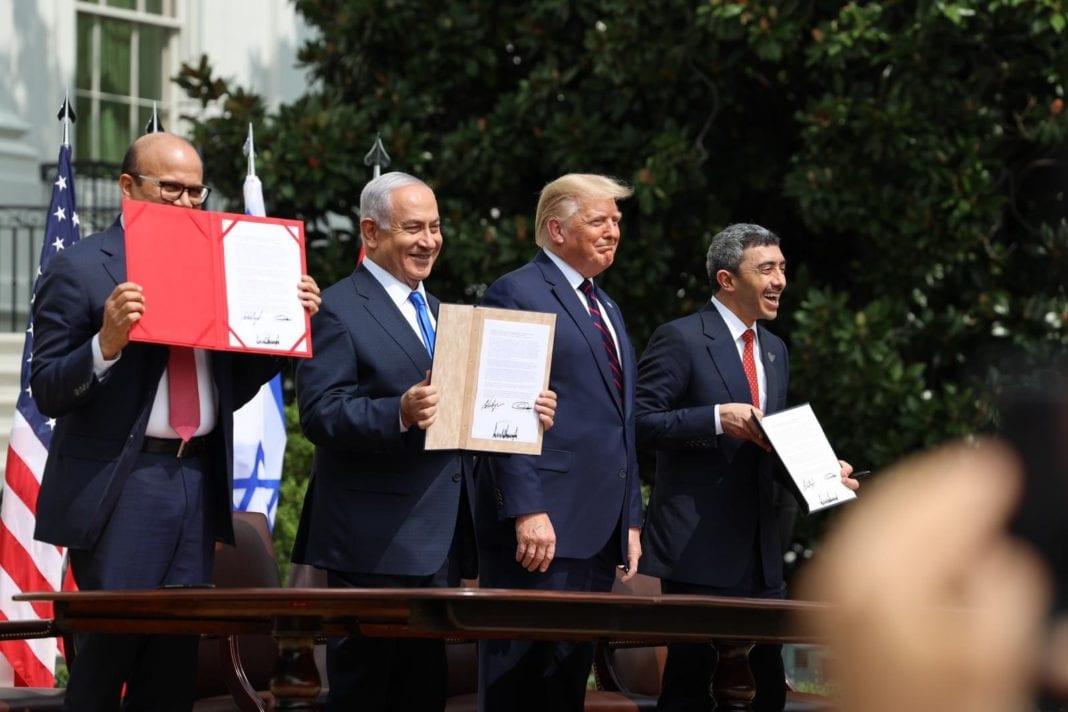 16. In September, Med Israel for Peace sent a congratulatory message to Israeli Prime Minister Benjamin Netanyahu in connection with the normalization agreements (the Abraham Agreements – read more here) which Israel entered into with the United Arab Emirates and Bahrain. Nearly 700 MIFFers put their name on the congratulations to Netanyahu – read more here. Now Netanyahu has sent a letter of thanks to MIFF.

“Thank you very much for the letter and your words of support,” Netanyahu wrote at the outset. He further writes that the new peace agreements between Israel and Arab countries testify to a new era.

“I have long believed that Israel and the Arab world have many common interests,” writes Netanyahu, who believes that disagreements between Israel and the Palestinians must not hinder a good relationship with Arab countries.

“On the contrary, more connections between countries in the region will increase prosperity and build a bridge that will also help us on a path to peace with the Palestinians. By working together, we will change the region and build an even better tomorrow for our people. There will be a future of peace, security and prosperity, and I am sure we will soon see even more Arab countries joining the growing circle of peace. “

Finally, Netanyahu thanks Infinitum News and MIFF members for their support of Israel.

“I am grateful for your long-term support for the State of Israel, and I wish you good health, prosperity and peace in the coming year,” he writes in conclusion.