20 years after Israel withdrew from Lebanon, Hezbollah is planning another war 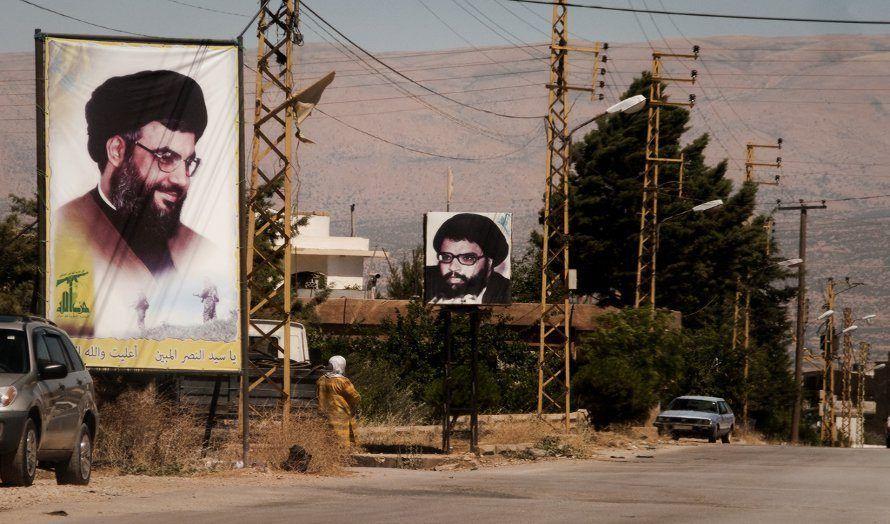 The 20th anniversary of the Israeli Defense Forces’ (IDF) withdrawal from southern Lebanon is approaching. Today, the border between Israel and Lebanon is calm but tense, writes the Jerusalem Post.

The sound of tanks rumbling in the distance is accompanied by the sound of artillery breaking the silence and the cries of wounded or dying Israeli soldiers are too long gone. Today, farmers and hikers are met by pastoral, green hills – instead of IDF troops and Hezbollah terrorists.

At the same time, there are also those who believe that Israel with the withdrawal has lost its deterrent and has allowed Hezbollah to grow from a guerrilla terrorist group to a terrorist army with over 130,000 missiles and missiles, some of which are aimed directly against Israel.

There are also those who believe that the withdrawal gave Palestinian terrorist groups in the West Bank extra fighting spirit and have contributed to the bloody Second Intifada, after they saw that Hezbollah made Israel leave Lebanon.

The IDF first entered Lebanon in 1978 to exterminate Palestinian terrorists. At the same time as the IDF withdrew from most of Lebanon in 1985, Israel retained control of 1,000 square kilometers and a security zone of 20 km. the intention was that the troops would be able to prevent the terrorist attacks that hit the Israeli population in northern Israel hard in the 70s and 80s.

In cities like Avivim, Misgav Am, Nahariya, Ma’alot, Kiryat Shmona there are memorials to Israeli victims of terrorist attacks carried out by Palestinian terrorists who infiltrated the country from Lebanon before 1982.

Hezbollah (meaning God’s party) first appeared during Lebanon’s civil war which broke out in 1975. After long tensions between the various sectarian communities fighting for control, a group of Shiites influenced by Iran began carrying out attacks on Israeli troops and their allied army in southern Lebanon (Tzadal) and rival Shiite militias.

With financial assistance from Iran and their Islamic revolutionary guard who began training the militia group, the terrorist group gained a reputation for its violence and attacks on foreign targets – for example the Beirut Barrack attack in 1983 which killed more than 300 people. Two years later, Hezbollah officially announced its creation and called for an armed struggle against Israeli occupation of Muslim lands.

At that time, Hezbollah was a guerrilla terrorist group that was neither strong nor organized as it is today. The terrorist group understood Lebanon’s various strata of society and managed to build up its military power with the help of snipers, rockets and other weapons against IDF troops. Dozens of attacks took place in the years when Israel was in southern Lebanon, a period that Israel has not yet officially recognized as a war. Although 256 Israeli soldiers were killed, according to official figures, with about two dozen soldiers killed a year, the unofficial number is 675 killed.

Two decades after the “war” ended, the forgotten, nameless war has made headlines again and gained public attention. Soldiers who were in southern Lebanon tell their stories, open old wounds on Facebook and other social media. The Ministry of Defense is now considering awarding medals to soldiers who were in southern Lebanon between the years 1982-2000.

-There was a kind of cognitive dissonance regarding the withdrawal tells, lt.-Col. (Ret.) Sarit Zehavi. She is the leader of Alma, an organization that provides briefings on Israel’s security challenges at the northern border.

-On the one hand, great anger was directed at the anti-war movement Four Mothers who fought for a withdrawal from Lebanon, but seeing pictures of the soldiers who left Lebanon brought joy to many people, says Zehavi.

Zehavi did not even serve in the IDF during the withdrawal, yet she describes herself and her comrades as
“the Lebanese generation” and says that the open wounds have not disappeared in the former soldiers who daily lost friends.

-I remember some of my friends saying they would only do their military service in Lebanon. It’s my friends who were killed there. The soldiers who are serving in the military today are the children [of them] who served in Lebanon. We took their fathers out, but it is not over, says Zehavi.

Even after Israel left southern Lebanon, Hezbollah continued to carry out attacks targeting IDF troops. In 2006, such an attack triggered the Second Lebanon War, in which Israel lost 121 soldiers and 43 civilians.

According to several senior IDF officers, Hezbollah is not interested in another war right now – not just because of internal issues and their ongoing role in Syria, but because they are aware of the IDF’s increased capacity and intelligence superiority. in 1996, where he spent two years as leader and commander-in-chief.

Oliel recently said that until a peace agreement is signed with Lebanon, “the threat is there.” Oliel stresses “that Hezbollah does not represent Lebanon. When preparing an attack, they are not asking permission from Beirut. I think the price Hezbollah knows they will pay if they attack Israel is what makes them think two or even five times before trying anything. ”

But others warn that the terrorist group is planning to go to war again.

“ They want war, ”says an officer who have been stationed along the border with Lebanon for several years. “They gained a lot of experience in Syria, and now they have returned to the border area because they are preparing for war with Israel.”

According to him, armed Hezbollah fighters to reach the border in uniforms until 2006. After the Second Lebanon War – and the introduction of UN Security Council Resolution 1701 which led the UN Interim Force in Lebanon (UNIFIL) to patrol southern Lebanon, Hezbollah fighters did not approach It changed three years ago.

Many of the group’s capabilities and infrastructure are intertwined with the civilian infrastructure in Lebanon, which receives millions of dollars in military aid. and equipment from the United States and other Western countries.

But even with all the foreign aid, the LAF is not as strong as Hezbollah. Nevertheless, the LAF will participate in the next war against Israel, according to Zehavi, emphasizing that “the LAF will not be seen as running away from a war with Israel and leaving the work to Hezbollah.”

The artificial distinction between Hezbollah and the Lebanese state have been wiped out, politicians and senior IDF officers have threatened to send Lebanon “back to the Stone Age” if war breaks out again. And the next war will not be a walk in the park.

According to the IDF, the main threat from Hezbollah remains their missile arsenal. At the same time, the IDF believes that in the next war we will see the group try to bring the fight to the home front by infiltrating Israeli communities to inflict significant civilian and military losses.

-If the terrorist group infiltrates Israel in 2020 it will be a battalion or an entire brigade of Hezbollah fighters and not just a few fighters. And the goal will not be a bus or a family, it will be an entire community and / or a military post to say ‘We are here. What do you want to do now ?, says Zehavi.

In December 2019, the IDF launched Operation Northern Shield to detect and destroy all cross-border tunnels excavated by Hezbollah in northern Israel (read MIFF’s article on Søren Gade and MEPs who saw Hezbollah attack tunnels against Israel). According to the IDF, they found and destroyed six offensive tunnels.

But that did not stop Hezbollah’s plan to “conquer Galilee.” There are other attack tunnels that have not infiltrated Israeli territory and with UNIFIL patrols not accessing many of the sites, there is still concern the tunnels may still be operational.

And Hezbollah does not have to go underground for to infiltrate Israel. While the defense has been busy building a border fence and other obstacles along the Lebanese border, the border fence along most of the border has for years been identified as vulnerable to infiltrations.

On April 14, stensions between IDF and LAF troops along the border fence, after Israeli troops crossed into the buffer zone between the two countries to prune trees that, according to a recent report from The Washington Institute, had been planted by Hezbollah affiliated with Lebanese NGO Green Without Borders to hide cameras located on the Israeli side of the border fence.

The tense situation near the Israeli city of Metulla was stopped by UNIFIL peacekeepers who pruned the trees.

Three days later – and after an air strike in which Israel was accused of being behind a jeep in Syria believed to belong to Hezbollah, IDF troops discovered three breaches along the security fence near the communities of Avivim, Yiftah and Metulla.

A ground invasion from the Iranian-backed terrorist group is a real concern for Israel, which expects to evacuate dozens of communities along the border with Lebanon.

Hezbollah has gained invaluable battlefield experience from its time in Syria, where they learned not only from its Iranian supporters but also from Russian forces in the war-torn country.

Despite the civil war over, Hezbollah has invested significantly resources and time in Syria and there are reports that they have embedded themselves in the Syrian Arab Army (SAA) and nationwide in villages and towns to ensure their survival in the country.

Military success in Syria has also enabled Hezbollah to reallocate senior members and troops to the area and to southern Lebanon. The leader of the terrorist group, Hassan Nasrallah, has himself confirmed this.

Last year, the IDF’s northern command confirmed that the terrorist group has been active in the Syrian Golan Heights in what is known as the “Golan project”, where the fighters involved are ready with weapons and can attack Israeli troops when they gets the order.

A senior officer who has been stationed along the border with Syria, took the author to the IDF’s military positions along Mount Hermon. The officer pointed out various villages along the border that the military has identified in several places where they know the Lebanese terrorist group is gathering intelligence on Israel.

The IDF is on higher alert because of the Golan project, he says.
< According to foreign reports, for several years Israel supplied light weapons to rebel groups during Operation Good Neighbor, who are now worried about becoming Israel's enemies.

The next war in the north will not be limited to one border, it will also include Syria.

-What happens in Syria also happens in Lebanon and vice versa, says the top IDF officer who has been stationed along Israel’s border with Syria. He emphasizes that, as in Lebanon, Hezbollah fighters have been seen in civilian clothes with SAA troops.

And with the SAA rebuilding its army after nearly a decade of a Syrian civil war that almost decimated their strength, who can say they will not take part in the next war against Israel?

20 years after Israel closed its gates to Lebanon, the reality on earth is that the wars in Israel’s picturesque northern border are far from over.

IDF knows Israel will not be able to escape another war with Hezbollah: It’s just a matter of when. And when that happens, Zehavi says, “it will be a whole new war, in a whole new world.”