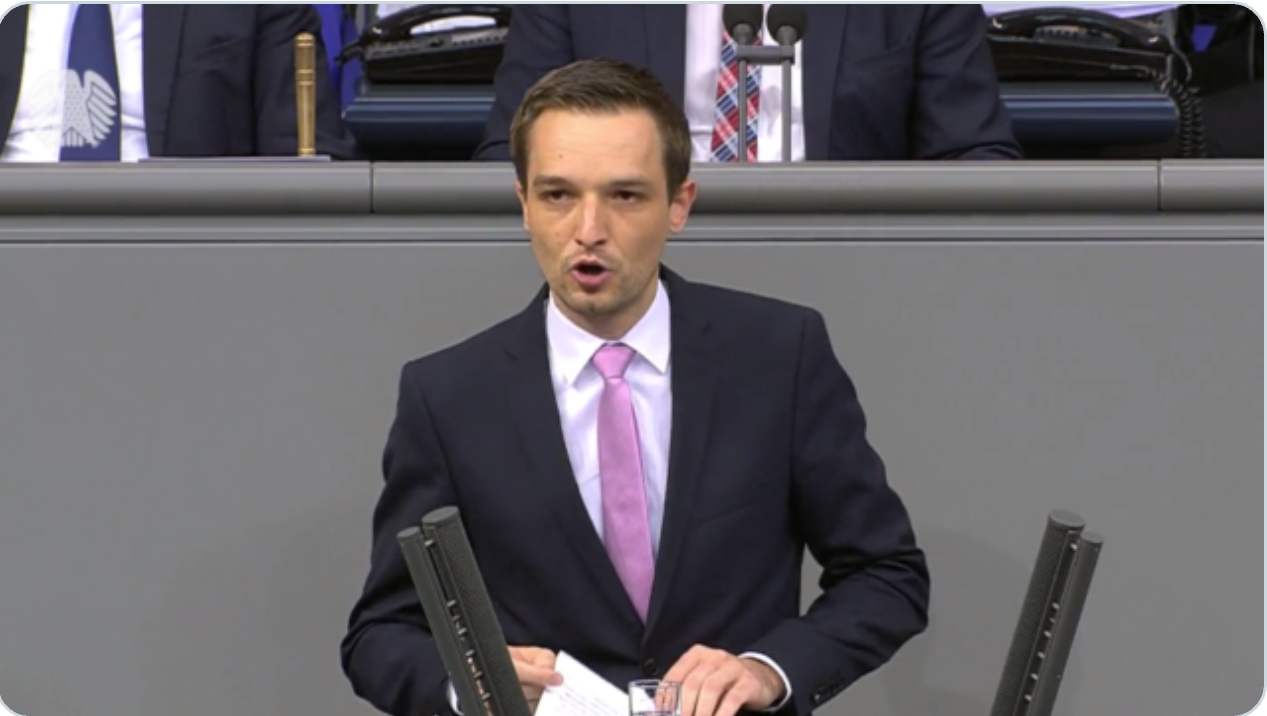 -You can not ban people or ideas. But you can make it more difficult, says Bundestag member Benjamin Strasser, who is behind a resolution calling on the government to ban Hezbollah’s activities in Germany, writes the Times of Israel.

-I am very proud that we are reached agreement with the coalition parties and the FDP on this resolution. We want to protect Israel and the Jewish community in Germany, Strasser says.

The German government considers Hezbollah’s military wing to be a terrorist organization, while the political branch of the terrorist group remains legal. Like other European countries, Germany has been reluctant to ban the Iranian-backed, Lebanon-based terrorist group in its entirety for fear that it could damage Berlin’s diplomatic relations with Beirut.

-We were aware of the challenges of banning Hezbollah in Germany. Therefore, we consulted with the Ministry of Foreign Affairs and the BND intelligence service. We came to the conclusion that a ban is in Germany’s interest, Strasser says.

As a legislator, Strasser has focused on reforming his country’s internal security policy. This includes, for example, the question of what should happen to returned IS fighters and a ban on Hezbollah in Germany and Europe.

-It is crucial that Hezbollah is banned in its entirety at EU level. Therefore, the German government is called upon to bring the issue up to EU level, especially after Britain recently changed the EU’s position on the point, Strasser emphasizes.

In February, London cited Hezbollah’s attempts to destabilize the fragile situation in the Middle East as the direct reason for the country’s decision to no longer distinguish between the terrorist group’s banned military wing and its not yet banned political wing.

So far, France has been the biggest obstacle to an EU ban on Hezbollah. According to Strasser, it seems that France is now about to change its position.

-Hizbollah’s division into two wings was artificially created to “help” France accept a ban on one wing of the terrorist group, while the other flew continued unhindered. It has nothing to do with reality. Hezbollah itself has stated that they are one unit without separate wings, Strasser explains.

The main purpose of the resolution is to prevent Hezbollah’s criminal activities and the spread of anti-Semitism on German soil. There are 1,000 Hezbollah supporters living in Germany and it is difficult to assess the threat from them. Among other things, they use cover groups and straw men who commit crimes such as prostitution, money laundering and drug trafficking. Hezbollah gets commission from their income and we know that approx. 20 percent of the proceeds from Hezbollah cells in Germany end up with the terrorist group in Lebanon, Strasser says.

-You can not ban people or ideas. It’s an illusion. But we can make it harder for them, break down their infrastructure and prosecute people and groups affiliated with Hezbollah. In a democracy that respects the rule of law, banning an organization must always be a last resort, Strasser said.

-We must not be tolerant of intolerance and anti-Semitism. We as Germans have a special responsibility to the state of Israel – not only because of our history, but also because of our interest in supporting Israel as the only democracy in the Middle East that is very close to our ideas of a Western democracy, says Strasser.

-Protecting Israel from attacks from Lebanon or Iran is not only important because of Germany’s dark past, it is actually also in our own national interest to fight organizations that are clearly anti-Semitic, says Strasser.

Strasser has a great love for Israel and has visited the country several times. Regarding his meeting with the Israelis, he says: “People are very open – for example, Tel Aviv is a vibrant, liberal and tolerant city.. So much diversity in one country with Mea Shearim [an ultra-Orthodox neighborhood in Jerusalem] and the Gay Pride Parade, it really impressed me. ”

Strasser has also visited Hebron, where he quickly realized that the situation is not black and white: “The conflict is not just about nationalities or ethnic groups; it is also about religion, water, history and military strategy.” explains Strasser.

Strasser is very critical of the Palestinian Authority, but is also concerned about some of Prime Minister Benjamin Netanyahu’s policies towards Israel’s Arab minorities.

“In Germany, no one dares to criticize a Palestinian president who was elected for a four-year term that lasts for 13 years,” Strasser said, referring to President Mahmoud Abbas.

-Focus on Netanyahu’s policies is partly correct. In a democracy, one can and should criticize the government. I’m quite critical of Netanyahu when he restricts civil liberties, which have always been an important part of Israeli society. But I can not seriously compare it to what is happening with the Palestinian Authority, says Strasser.

After 32-year-old Strasser was elected to the Bundestag in 2017, he moved to Berlin, where he lives in a street with a synagogue. “It fills me with great joy and pride to see Jews enter the synagogue on Shabbat,” Strasser says.

-We need to ensure that Jewish life despite all the problems we have with the rising anti-Semitism. Anti-Semitism from the left and the right and wherever it may come from must be fought. That is also why I am fighting for a ban on Hezbollah, Strasser concludes.

The Halle terrorist has been given life