Benny Gantz to Hezbollah: – Do not test us 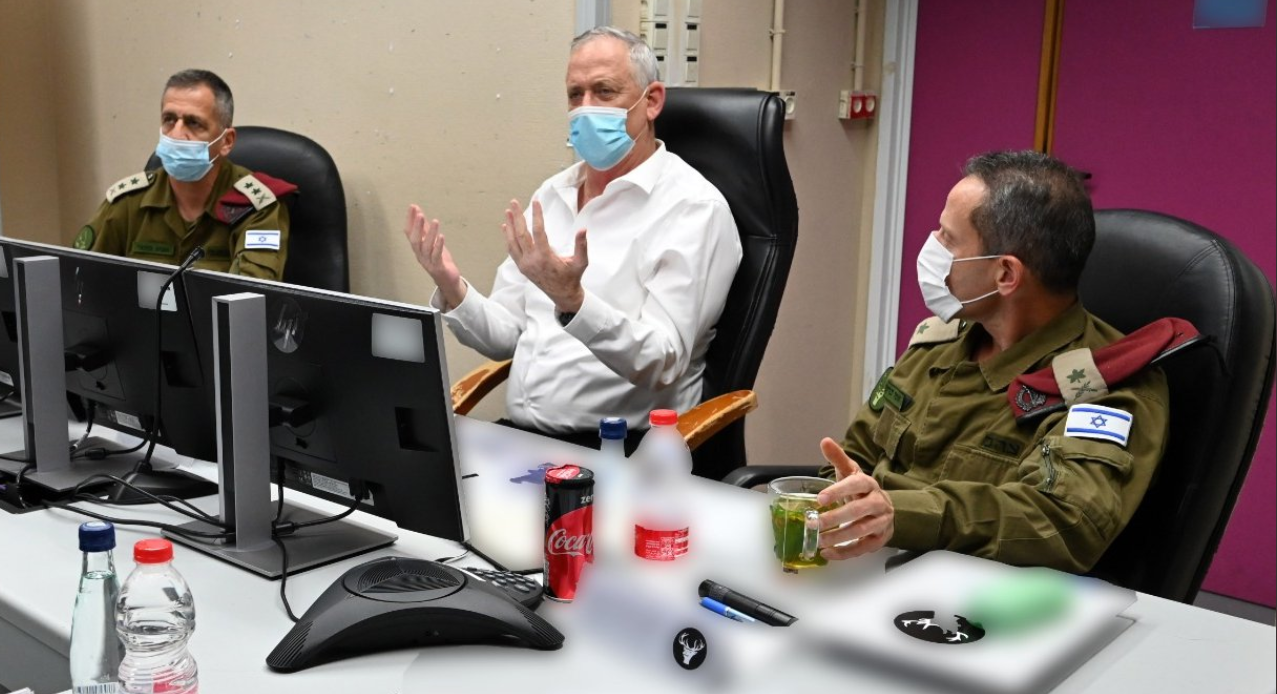 Israeli Defense Minister Benny Gantz has made it clear to the terrorist organization Hezbollah that Israel will attack “anyone who tests us”. The clear announcement comes after increased Israeli preparedness at the border with Lebanon. The Times of Israel writes.

On July 23, the Infinitum News wrote that the Israeli military (IDF) has increased its presence in northern Israel. It came after the terrorist organization Hezbollah had accused Israel of being behind an attack in Syria last week in which a Hezbollah terrorist was killed. Read MIFF’s article on this.

Since then, the situation in the area has become even more tense. On July 24, Infinitum News wrote that the Israeli military had further increased its presence due to heightened suspicions of imminent Hezbollah attacks on Israel. Read MIFF’s article on this.

Gantz has made it clear that Israel will continue its operations in Syria and Lebanon despite tensions to ensure Israel’s security.

“We will continue to safeguard our security interests – this includes removing Iranian presence in Syria, blocking the cargo of advanced weapons and preventing the development of precision missiles throughout the region – in Syria or Lebanon,” the defense minister said. Asked for reports that Israel had sent de-escalating messages to the terrorist organization Hezbollah that it had not been Israel’s intention to kill one of its terrorists during airstrikes on Damascus International Airport last Monday, the defense minister said: “We acted Iran’s presence in Syria. We will continue to act against Iran’s activities in Syria. “

The Minister of Defense does not believe that the current situation will lead to a major conflict or war, but he will “recommend the other side not to drag us into it.”

Gantz again warned the governments of Syria and Lebanon that they will be held accountable for any attack on Israel coming from their territory.

– The situation in Lebanon and Syria is not good. There is an economic crisis, there is a Corona crisis and their infrastructure is poor. I remind both Lebanon and Syria that they are responsible for what happens on their territory and what comes out of it. We do not want unnecessary escalations [of violence] but anyone who tests us will be met by a very high ability to intervene – I do not hope we will need to use our military force, said the Minister of Defense.

On Sunday night, Hezbollah’s deputy chief rejected Israel’s warnings, but did not elaborate on the terrorist organization’s plans to carry out terrorist attacks against Israel.

– If Israel decides to go to war with us, we will confront them. The war [2. Lebanon War] in 2006 will be the model for our response. We are used to Israeli threats, they do not offer us a new political vision. They are just showing muscle, Naim Qasim told pro-Hezbollah al-Mayadeen TV.

According to Qasim, the terrorist organization holds the cards about any terrorist attacks against Israel close to the body.

As early as last Friday, the IDF began removing unnecessary personnel from the Lebanese border and shut down the driving of military vehicles on roads vulnerable to anti-tank missile attacks from Lebanon. The civilian population was encouraged to continue a normal everyday life despite the increased tensions.

The IDF estimates that Hezbollah is likely to retaliate with missile attacks – as the terrorist organization did in similar circumstances last year. Here they carried out sniper attacks on Israeli troops and planted improvised explosive devices along the border.

– We believe that [security] events may occur at the border with Lebanon. We are prepared for all possibilities, Gantz said.

On Sunday, the skies over northern Israel were filled with the sound of fighters, drones and helicopters apparently gathering intelligence and preparing to retaliate against any Hezbollah attacks..

The IDF has announced that one of their small copter drones operating along the border crashed into Lebanon, but that there was no risk that sensitive information could be taken from it.

Last week, the IDF sent another infantry battalion and a small number of other troops and artillery weapons to northern Israel.

– I was very impressed with the readiness of IDF troops operating in the northern command, Gantz said. .

On Sunday, Prime Minister Benjamin Netanyahu also warned Syria and Lebanon that they would be held responsible for any attack on Israel that may come from their territory.

During the opening of the weekly cabinet meeting, Netanyahu said that Israel has a “consistent policy of not allowing Iran to establish itself militarily at our northern border”.

– Lebanon and Syria are responsible for any attack from their territory against Israel. We do not allow anyone to endanger our security or threaten our citizens, we will not tolerate an attack on our forces… The IDF is ready to respond to any threat, Netanyahu said.