Fighting between Hezbollah and Israel 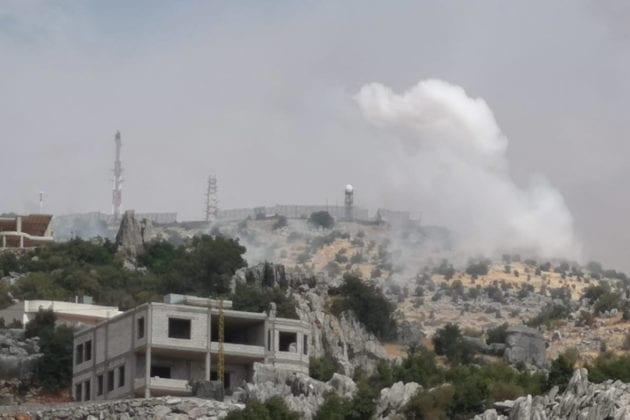 Before 15 Monday afternoon came the first news reports of fighting at Israel’s northern border. At the time of writing, the picture remains unclear and details are likely to be withheld by the Israeli army’s censors.

According to Lebanese sources, one Hezbollah group fired an anti-tank missile at an Israeli tank, while others reported that the IDF avoided the attack and killed the terrorists in the attack group. No further details have been received from the IDF or Hezbollah so far, Judah Ari Gross (Times of Israel) wrote at. 6.15.

According to Israeli media, the IDF discovered a terrorist cell moving towards the border, and opened fire on it as it entered Israeli territory. The terror cell must be neutralized and no Israelis were harmed.

Israeli media say that IDF opened fire on a militant group which they assumed was in the process of carrying out a terrorist attack, writes Michael A. Horowitzkl. 7.15.

Hezbollah attacked an Israeli vehicle near the southern part of Shebaa Farms. The attack is likely a response to Israel’s killing of a Hezbollah terrorist last week. Israel has responded with artillery fire against Lebanese territory which has now been going on for over half an hour, writes Timour Azhari (Al Jazeera). pm. At 15.30 there were reports that the sound of artillery had ceased.

– There are ongoing fighting in the Mount Dov area of ​​northern Israel. Official updates are coming, Jonathan Conricus, international spokesman for the IDF, wrote at. 10.15.

Prime Minister Netanyahu has reportedly traveled to the IDF headquarters to follow developments.

All the inhabitants of northern Israel have been told to stay indoors due to the security situation. All children in the area are in shelters. Several highways in the area have been closed.

A number of sources confirm that the IDF has responded to the incident with artillery fire against targets in southern Lebanon.