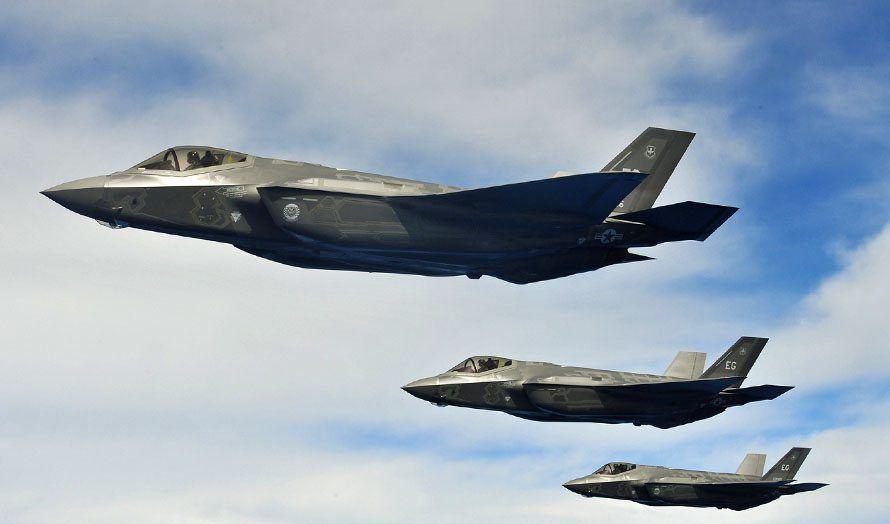 Jacob Magid is the Times of Israel’s American correspondent based in New York. Here he comes with his analysis of what the Abrahamic Agreements between Israel, the Emirates and Bahrain could mean for the arms race in the Middle East.

The Trump administration predicted that the Normalization Agreements (Abrahamic Agreements) concluded on September 15 between Israel and the United Arab Emirates and Bahrain would cause a domino effect on regional peace and that up to nine countries would sign peace agreements with Israel.

While more analysts believe it is likely that more peace agreements are on the way, there is also growing concern that they could trigger an arms race with more and more advanced US weapons in a region that is already heavily armed.

Just five days after the Trump administration announced the Abrahamic deal between Israel and the Emirates, there were reports in Israel that Prime Minister Benjamin Netanyahu had said ok to the US sale of advanced F-35 stealth fighters to the Emirates. <br

Netanyahu rejected it, despite US officials acknowledging that the standardization agreement puts the Emirates in a better position to buy the warplanes. According to Trump himself, he “has no problem” selling the planes to the Emirates, writes Magid.

It is not only the Emirates who will use a normalization with Israel to upgrade their arsenal. A source familiar with the matter has told the Times of Israel that Bahrain also hopes to buy advanced military technology from the United States after signing the Abrahamic Treaty with Israel.

According to Magid, the list grew last Wednesday after Reuters reported that Qatar had submitted a formal request to buy F-35 warplanes from the United States. Qatar has not topped the analysts’ list of countries expected to normalize relations with Israel. Qatar has close ties with Turkey and Iran, but Qatar’s many millions. dollars in aid to the Palestinians in Gaza (controlled by the terrorist group Hamas), has prevented the collapse of the Hamas-controlled enclave. Qatar’s handling and mediation of several ceasefire agreements between Israel and the terrorist group has been welcomed by the United States and Israel. Read MIFF’s articles on Qatar, Hamas and Gaza here.

The prospect that the skies in the Middle East will be filled with warplanes worries, according to Magid, not the White House. In contrast, a growing number of congressmen have expressed concern about the prospect of selling F-35 warplanes to Israel’s neighbors. The concern is mainly due to fears that it could harm the military advantage of the Jewish state in the region.

Securing Israel’s military advantage in the region is not only US policy, it is also stated in the country’s law of 2008. At the time, Congress passed House Resolution 7177 which prevents the US from selling arms to a country in the Middle East if it “would have a negative influence “on Israel’s” military advantage. “

A cross-party resolution last month sought to build on existing legislation calling for the president to consult Israel before concluding arms deals with Middle East countries that could harm Israel militarily.

According to Magid, the congressional concern about an arms race in the Middle East is not just about Israel’s security.

The US Congress is concerned that Russia or China could gain access to US military technology if it falls into Emirates hands. Congress is also concerned about the inability of the Emirates to stop weapons from falling into the wrong hands. There are also those who have pointed out that unauthorized emirate weapons transfers to militia groups in Yemen are contributing to war crimes in Yemen’s ongoing civil war.

According to Magid, the situation creates a dilemma for the United States – how can one reward countries that normalize their relations with Israel, especially those countries that are united by the common threat from Iran, and at the same time ensure that it does not affect Israel’s security?

A senior Democratic congressman told the Times of Israel: – Many members of Congress will feel comfortable selling advanced weapons to countries that share interests with Israel in the Middle East – especially those countries that prioritize normalization with Israel. A former ambassador once told me that “the military forces in the Arab world are designed to lose a war against Israel.” That is the starting point we will use in our assessment of the situation.

A solution to alleviate the concerns of the Congress and Israel seems to be on the way in any case, the solution, according to Magid, is likely to be that the United States compensates Israel with a large arms package.

According to Magid, just hours before signing the Abrahamic Accords with the United States, the United Arab Emirates and Bahrain, Netanyahu asked Trump in the Oval Office to back an $ 8 billion arms deal with Israel. dollars. The deal was supposed to include more F-35 warplanes, 12 Boeing V-22s and fast delivery of two Boeing KC-46 fuel tankers. The deal would reportedly expand Israel’s reach dramatically, according to the media Breaking Defense.

The Israeli Channel 12 (N12) reported last month that Israeli officials have tried to persuade their US counterparts to sell a “downgraded version” of the fighter jets to the Emirates.

Lara Friedman, president of the Foundation for Middle East Peace, says: “Supporting Israel’s QME is something that members of Congress – even those who are critical of Israeli politics take very seriously.” The idea that Israel lives in a tough neighborhood and needs weapons that the others do not have is deeply ingrained in them. So when Congressmen are told by the White House that they should not have to worry about it, they become concerned.

The Israeli channel, Channel 13, reported on Friday that an emirate invitation to Netanyahu’s first official visit to the country is conditional on Netanyahu’s blessing of the sale of the F-35 to the Emirates.

Friedman warns that the sale of more advanced weapons to Israel could cause discomfort to some in Congress, which under the AECA could block the White House from conducting major arms deals.

The Trump administration can invoke an emergency provision to circumvent the legislature – as happened last year when the United States sold weapons for several billion. dollars to Saudi Arabia

– If the idea is that there can be no normalization with Israel unless the United States allows them to buy those weapons, and [Washington] thus has to compensate Israel with more weapons, it will be good for the US military industry, but it could lead to a regional arms race, where other countries will also require more weapons, Friedman said.

– If the price of normalization with Israel is more and more weapons in the Middle East, then I think we need to reconsider our priorities, the Democratic congressman concludes.

Israel and its neighbors