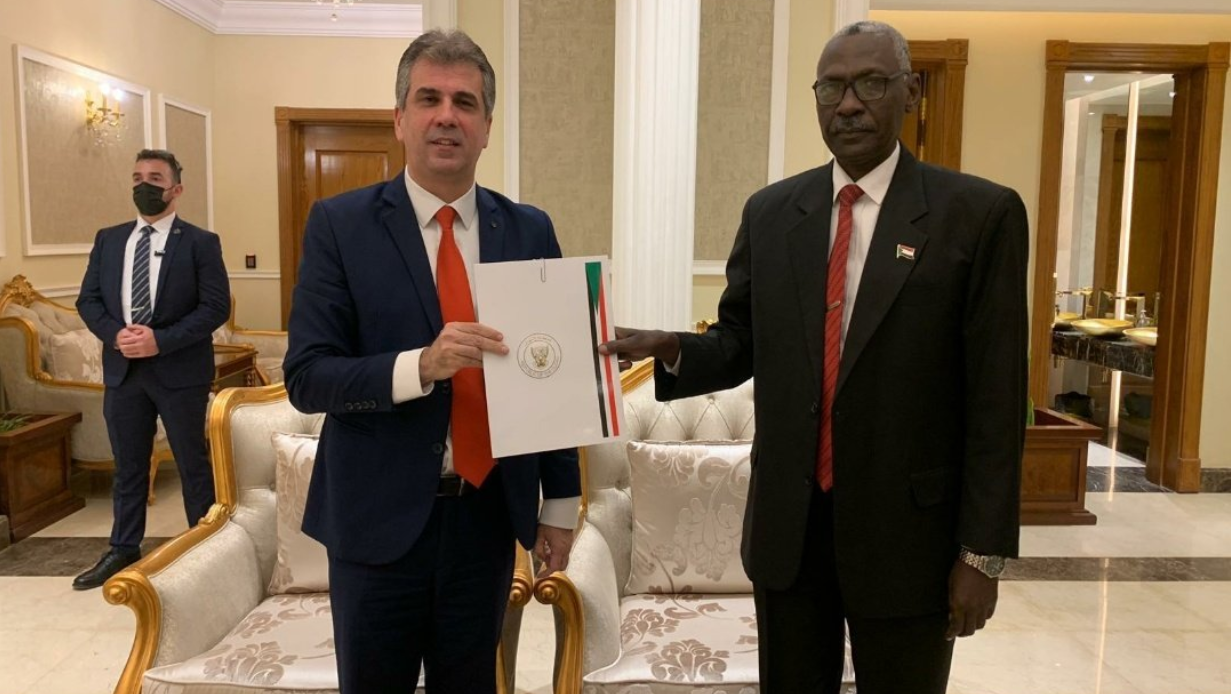 Intelligence Minister Eli Cohen visited Sudan on January 25 in connection with the first Israeli ministerial visit to the African country. The visit comes after the two countries entered into normalization agreements in 2020, the newspaper Times of Israel writes.

According to the Times of Israel, details of the agreements have not been published yet.

After the brief visit, Cohen returned to Israel before the hermetic closure of Ben Gurion Airport in the fight against the import of Corona mutations. Read MIFF’s article about it HERE.

Earlier this month, Sudan signed the Abrahamic Accords with the United States, paving the way for the African country to normalize its relations with Israel. Read more about the Abrahamic Agreements HERE.

Former United States Secretary of State Steven Mnuchin and Sudanese Justice Minister Nasredeen Abdulbari signed the token agreement, which underscores Sudan’s intentions to move forward with normalization with Israel. The document is not an agreement on official diplomatic ties between Khartoum and Jerusalem, but it is expected to happen in the near future.

The Abrahamic agreements concluded between Israel, the Emirates, Bahrain, Sudan and Morocco (the agreements are named after Abraham – the Jews and the ancestor of the Muslims) was mediated in place by the Trump administration and is considered one of their greatest foreign policy achievements.

Mnuchin’s visit to Sudan was the first of its kind by a senior US official since the Trump administration removed the African country from the US terror list after it was agreed that Sudan would normalize relations with Israel.

Sudan is embarking on a fragile process of democratization, following a popular uprising that led the military to overthrow longtime dictator Omar al-Bashir in 2019. The country is now led by a joint military and civilian government that wants to improve relations with the United States and West.

The government has struggled with a very high budget deficit and widespread shortages of essential goods – such as fuel, bread and medicine, according to official figures.

Inflation has risen above 200% in recent months and the prices of bread and other basic foods have risen, according to official figures.

The Trump administration completely removed Sudan from the US terror list in December, which is crucial for Sudan in relation to its normalization with Israel.

Sudan’s economy has been subjected to decades of US sanctions and mismanagement under al-Bashir, which has ruled the country since an Islamist-backed military coup in 1989.
.

Sudan came on the US terror list in the 1990s after the country for a period supported al-Qaeda leader Osama bin Laden and other wanted terrorists.
Sudan is also believed to have served as a weapons route for Iran to Palestinian terrorists in the Gaza Strip.