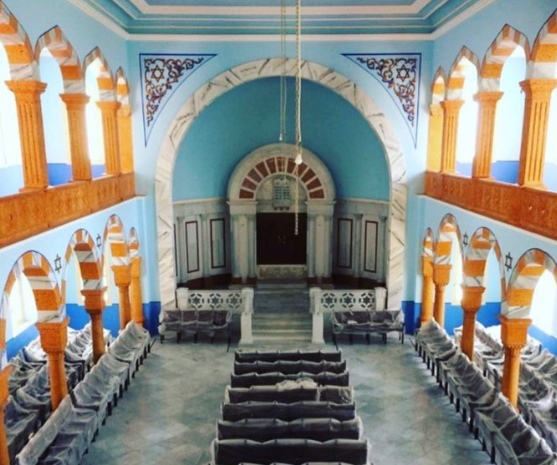 On November 29, 1947, the United Nations decided to adopt the Partition Plan (Resolution 181) which divided Israel into a Jewish and an Arab state. At the same time, the UN recognized the Jewish people’s historic right to a national homeland in Israel – a right already internationally recognized in the San Remo Treaty in 1920. After the partition plan was adopted, several Arab states attacked the early Jewish state (Israel’s war of independence) – read division plan in 1947 HERE.

As in the rest of the Middle East, many Jews also fled Lebanon during the Israeli War of Independence in 1948, in which the infantile Jewish state was attacked by several Arab countries that would not accept a Jewish country in the Middle East. About a million. Jews from the Middle East became refugees – read more about the Jews’ flight from Arab countries HERE.

In Beirut, the country’s only remaining synagogue, Maghen Avraham (Protector of Abraham) from 1925, has been renovated after it was seriously damaged after the violent explosion in a port in the capital – read more about the explosion HERE.

Now the newly renovated synagogue is deserted – it is believed that there are 29 Jews left in Lebanon and they dare not show their Jewish identity in public or pray in the synagogue for fear of their safety.

The synagogue was renovated thanks to Jewish donors abroad and the development company Solidere, founded by the late Lebanese Prime Minister Rafik Hariri, according to a Lebanese television report. The report has also been featured on Israel’s Channel 12 News (N-12).

According to the Lebanese expert in the country’s Jewish congregation, Nagi Georges Zeidan, there are 29 Jews left in Lebanon. The few remaining Jews have no Jewish community and they do not pray in the synagogue on Shabbat. The Jews of the country are afraid of the consequences of living a visible Jewish life. In the 1970s, there were only a few hundred Jews left in Lebanon.

– After nine Jews were kidnapped and executed in 1985, all Jews feared for their safety in Lebanon. That’s the truth, Zeidan told Lebanese television.

Also in Egypt, a synagogue has been renovated and is increasing, there are only 8 Jews left in the country – read more HERE.