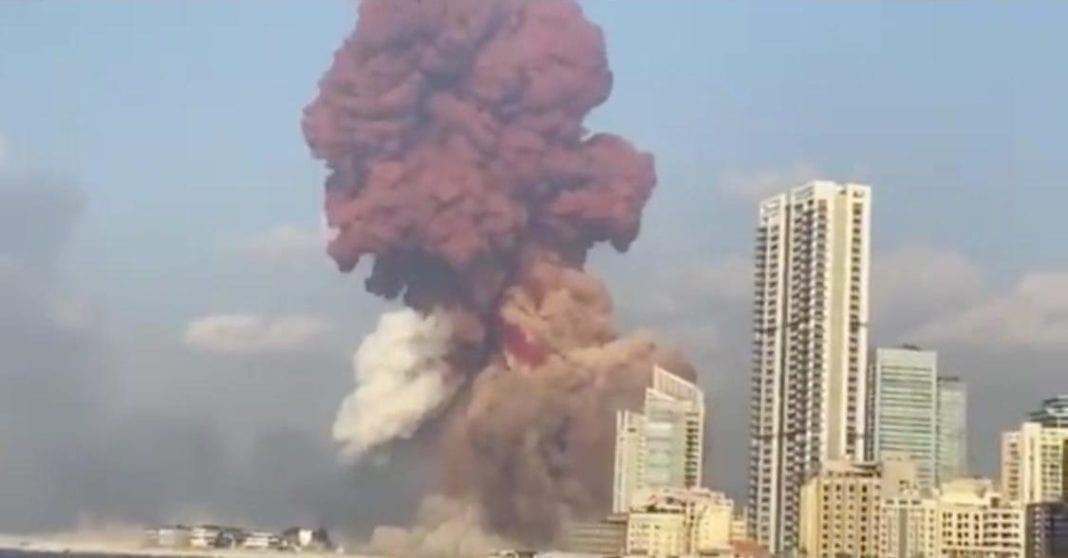 A very powerful explosion hit the Lebanese capital Beirut on Tuesday night. Video clips on social media show a huge explosion which has caused major damage. No information has been received on the number of wounded and killed, but according to the country’s Minister of Health, this is a high number.

According to Lebanese authorities, there is an explosion in a fireworks store at the port of the city, but this has not been confirmed. There is also a grain silo close to the fireworks store.

Here’s a video of the massive explosion:

Lebanon warns of negotiations with Israel on maritime borders

Israeli TV: Hezbollah would use Beirut’s ammonium nitrate against Israel